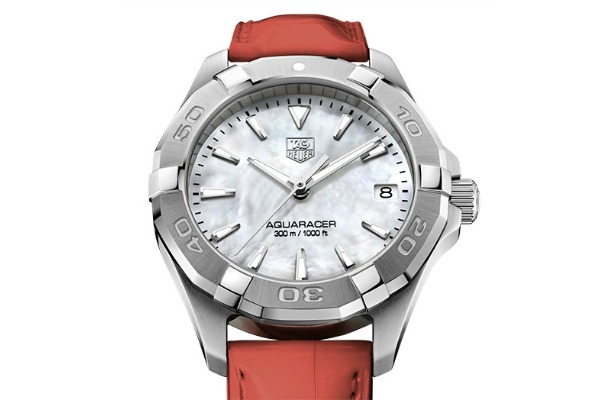 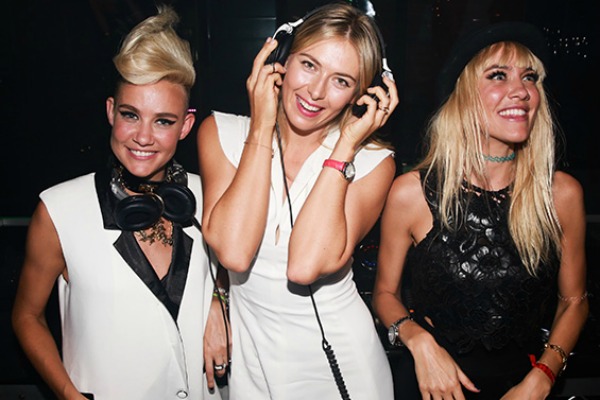 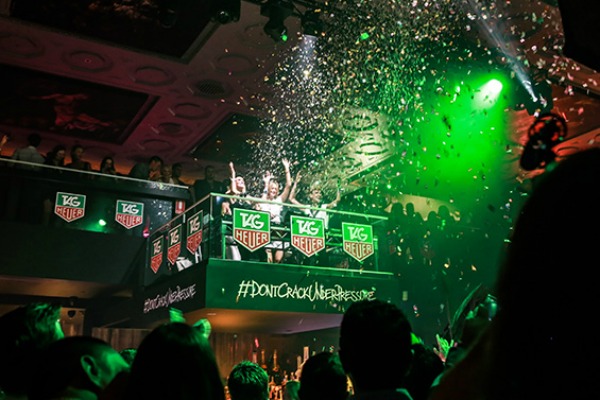 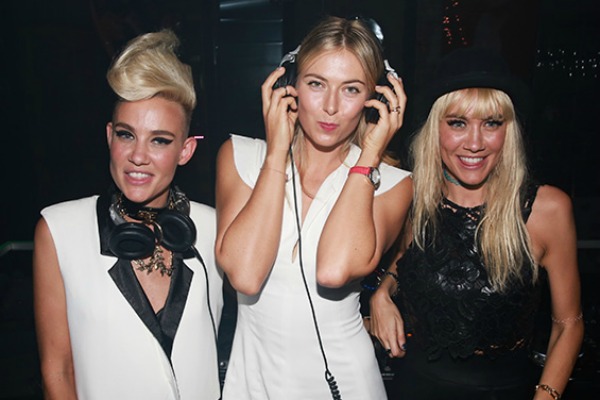 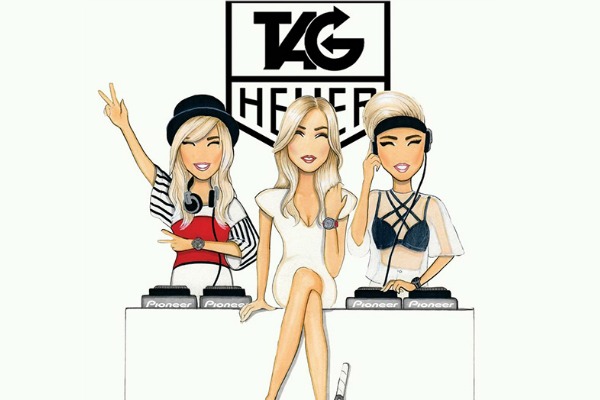 Sounds like the coolest time and place to mix up universes: the night clubbing world of the Australian born multi-talented DJ dynamos and Producers NERVO, welcomed under the tennis skies of Queen Maria Sharapova, as the new brand ambassadors. Lucky you if you were at MS Collins, the trendiest night club in Melbourne, on the night of the 13th January! TAG Heuer has organized the 1st lesson of Maria Sharapova as a DJ, by NERVO. The best upside down summer party!

Mim & Liv NERVO are the top ranking female DJs in the world performing on main stages at festivals around the globe and holding down residencies in Ibiza and Las Vegas. Raised on raves and a steady diet of club music, they signed their first publishing deal at 18, co-wrote and produced the Grammy Award winning global hit “When Love Takes Over” for David Guetta and Kelly Rowland and will be launching their debut artist album “Collateral” in the spring. Always in total control, working in tandem to their own unique rhythm, they are, like TAG Heuer, time changers who refuse limits, push themselves to the extreme, and, no matter what, never crack under pressure.

TAG Heuer was thrilled to announce they are now Brand ambassadors, confirming the high interest of the Swiss watchmaker for the Electronic Music Universe. As a welcome on TAG Heuer’s board, NERVO were mixing in the It-nightclub in Melbourne, the MS Collins, and met over there Maria Sharapova. The Tennis icon unveiled her clubbing coolness and learned to mix with the sisters. She didn’t crack under pressure, obviously enjoying the experience, even in front of 250 attendees. The later won their VIP ticket through a digital contest organized by TAG Heuer. Obviously the Swiss brand feels at ease in this clubbing atmosphere … More to come? Sounds so.

For this striking occasion, TAG Heuer came up with a very exclusive edition of the Aquaracer Lady 300m, the “Daring Red”. This red has been chosen to match perfectly well with her tennis outfit for the Australia Open. Only a very few pieces are available in Melbourne Boutique, be quick if you want one! NERVO chose a TAG Heuer Formula One lady, steel and ceramic, making its glamorous look more edgy.