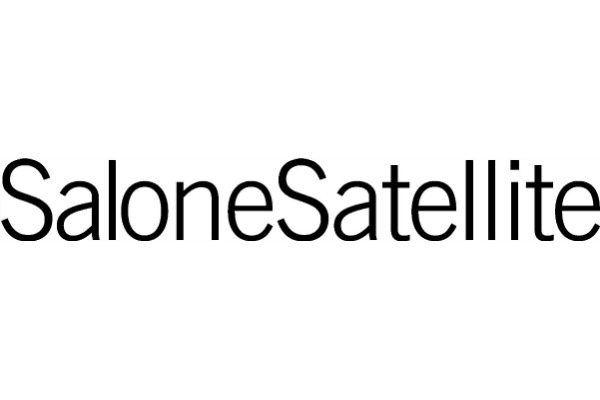 Since 1998 the SaloneSatellite has been the international springboard for young designers under 35 and a meeting place for designers and manufacturers in the furniture industry. A 20th edition dedicated more than ever to design, and celebrated with a collection designed expressly for the occasion, and by a major exhibition in the city.

Major celebration for the SaloneSatellite, which turns 20 this April: an impeccable pedigree that earned it a career Compasso d’Oro in 2014, and a rich history: more than 10,000 young designers have participated in the 19 previous editions, many of whom have become internationally acclaimed – Matali Crasset and Patrick Jouin (France), Harri Koskinen and Ilkka Suppanen (Finland), Tomoko Azumi and Nendo (Japan), Sean Yoo and Cory Grosser (USA), Front and Johan Lindstén (Sweden), Xavier Lust (Belgium), Daniel Rybakken (Norway), Satyendra Pakhalé (India), Federico Churba (Argentina), Lorenzo Damiani, Tommaso Nani, Cristina Celestino and Francesca Lanzavecchia (Italy), to name just a few – as well as 270 of the most prestigious international design schools.

Installed in Pavilions 22-24, with free admission for the general public from Cargo 5 (for those already inside the fairgrounds, through the biennial exhibition Workplace3.0, with which it shares the same pavilions), the SaloneSatellite will run from 4th to 9th April at Fiera Milano Rho, concurrently with the Salone Internazionale del Mobile, the International Furnishing Accessories Exhibition, Euroluce, and as mentioned, Workplace3.0.

Like every year, the installation and a number of projects by the young designers will follow a chosen theme which, for this edition, is entitled “DESIGN is...?”: an open question, at once relevant and crucial. Rather than asking for a response, it opens the door to new reflections on the value of design and processes: an invitation, therefore, for young designers to test their ability to listen and dialogue with an increasingly sophisticated and attentive audience, to search for new solutions, both tangible and intangible, both individual and collective, geared towards building a better future.

Technological progress and the evolution of the web in recent years are redefining the paradigms of design, opening new fields of action: from research on advanced materials to interface design, from service design to rapid prototyping. In this complex and multifaceted scenario, industrial design is looking toward the future, working to respond to new needs and desires in a constant dialogue with a changing world.

It’s the 8th edition for the SaloneSatellite Award, which facilitates more targeted contacts between designers under 35 and the exhibitors at the Salone del Mobile.Milano. The Jury, also composed of key figures in the design world, is headed by Paola Antonelli, Senior Curator of Architecture & Design and Director of Research & Development at the Museum of Modern Art in New York, will choose the 3 best projects, whose designers will be awarded a cash prize. The winners will also enjoy consulting and press office services, with the aim of ensuring maximum visibility for the winning products.

The birthday festivities will continue in the city proper at the Fabbrica del Vapore, where a major exhibition, curated by Beppe Finessi and entitled SALONESATELLITE. 20 Years of New Creativity, will present an anthology of pieces from the Satellite’s history that have gone into production.

“Looking back on the 20 years of the SaloneSatellite”, says Finessi, “means encountering many of the key figures in the design of today, whose careers were launched and developed thanks to the SaloneSatellite. And who found here their first opportunity to listen, and to be heard. It’s exciting to see the quality of their work again, but most impressive is their numbers: more than 100 designers who have established themselves and are now recognized for their creativity, personality and originality. So, reading the list of participants from these 20 years is like browsing an encyclopedia of the history of creativity in the third millennium."

The exhibition is a sort of chapter two of the 2007 show Avverati. A Dream Come True, also curated by Finessi: a selection of several hundred products that were originally presented as prototypes during the 20 editions of the SaloneSatellite and then entered the marketplace in the catalogues of prestigious manufacturers, distributors and other important players in the design world.

Some of the projects from these 20 years have become successful products, others veritable icons of 21st-century design, yet others have won prestigious awards, and others still have entered the collections of the most important museums.