Creamy beauty of this Ukranian home 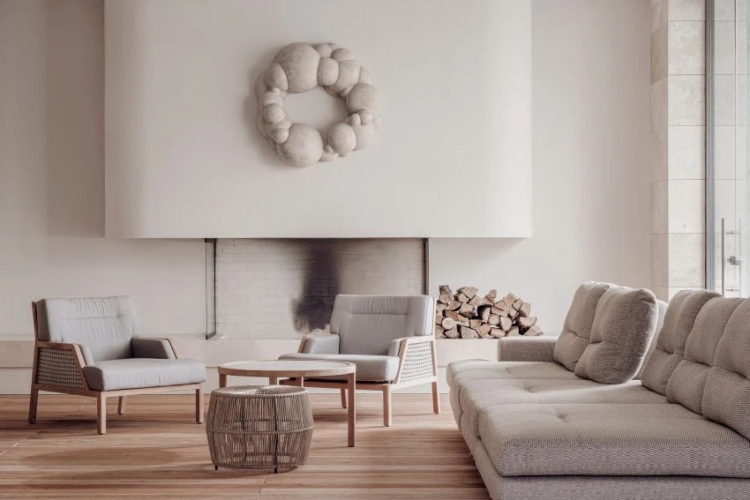 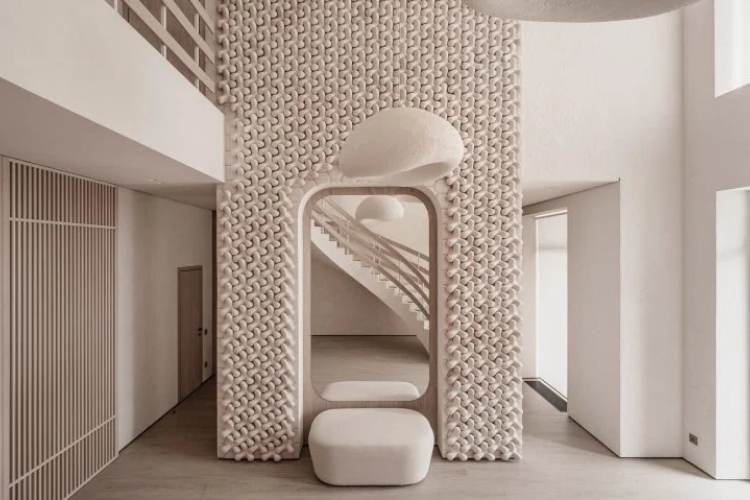 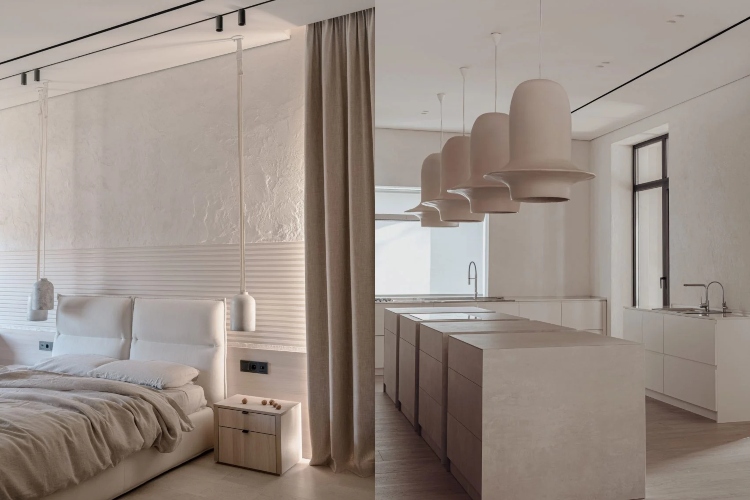 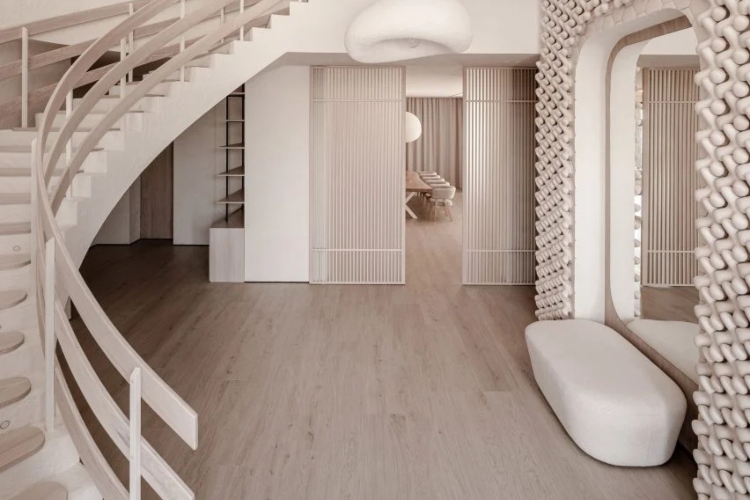 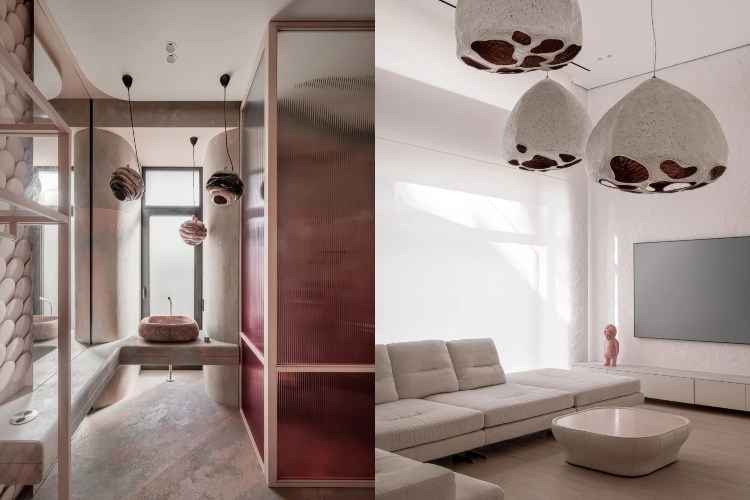 Kyiv-based Makhno Studio paired soft, lumpy textures with delicate ceramic walls inside this cream-colored home in Ukraine, which was completed before the start of Russia's military intervention…

Located in Kozyn, a rural town south of Kyiv, Mureli House is a celebration of summer and Ukrainian design, with "mureli" being the old Ukrainian word for apricot. This home, which was completed just two months before the start of military action in this part of the world, consists of an open-plan living room and kitchen, three bedrooms with three bathrooms, a guest bathroom, a laundry room and a garage with a terrace.

The clients, a local Ukrainian couple with a large family, asked Makhno Studio to collaborate as much as possible with Ukrainian manufacturers, in order to create products tailored to their home. "All the materials used in this house are natural. The team used almost exclusively Ukrainian brands and worked with several local entrepreneurs, in order to minimize logistical difficulties".

The clients wanted a neutral, beige interior in all rooms of their home to create a cohesive look. As a result, the second floor of the house is finished mostly with wood, while the entire ground floor is decorated with beige plaster elements. Makhno Studio accented the generous volumes and rounded staircase in this home's entry hall with three-dimensional ceramic tiles and a dramatic cluster of hanging lamps, created from clay and polystyrene foam.

References to the beautiful nature are integrated throughout the interior. The main accents include a group of pendants by Makhno studio in the living room, which remind us of seed pods and sinks that look like hollowed out boulders.

The only exception to the monochromatic colour scheme in this home is the master bathroom, which features pink accents including an ombre shower door and concrete tiles that can be detached from the wall and used as towel and bathrobe hooks. "The art of working with ceramics is an old Ukrainian tradition. At the end of the 1920s, the ceramic tradition began to revive again in various parts of the country. Within Makhno Studio, this tradition continues to accentuate its uniqueness and natural appeal", the Studio explains.

Mureli House is currently empty, as its owners were forced to move to safer areas west of Ukraine, following the Russian military operation and their actions. The state of the home is currently unknown, although the Makhno studio claims that Russian military aircraft fired several missiles over this part of Kozyn.

Some Makhno Studio members are still safe in Ukraine, while others are scattered across Europe, helping their studio develop international partnerships and branches.