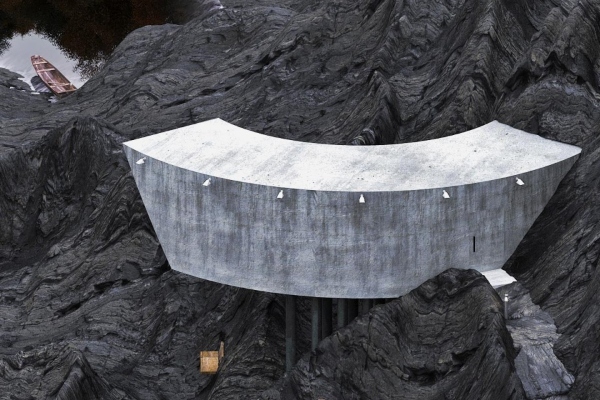 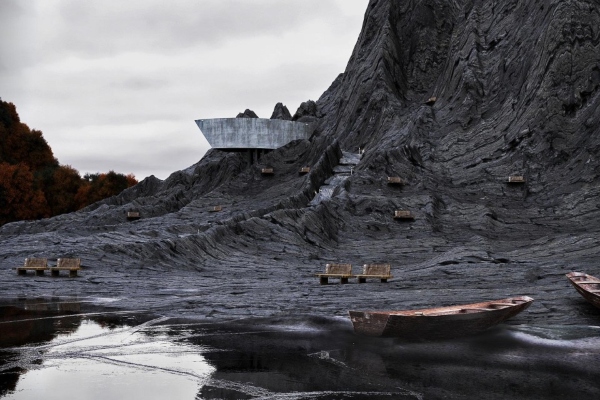 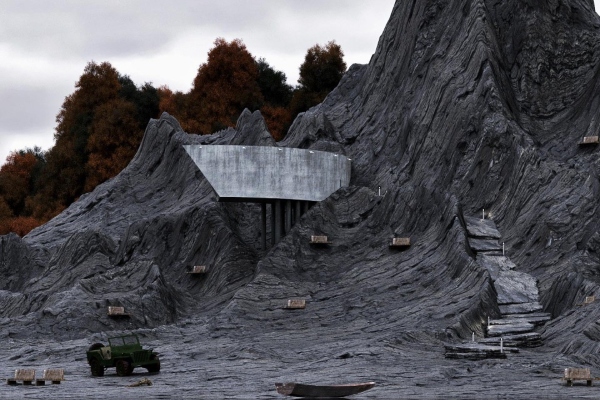 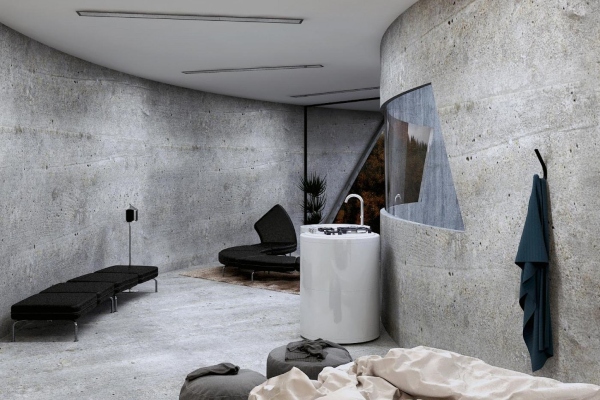 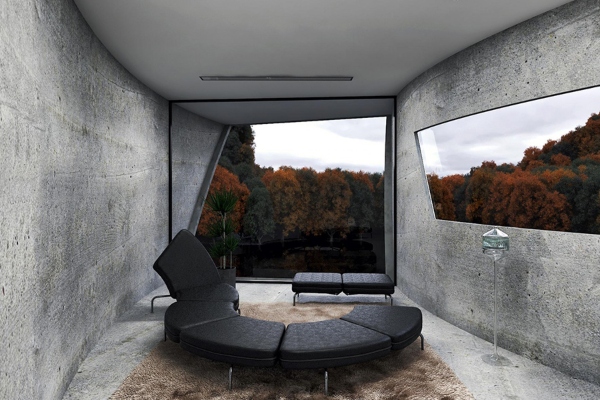 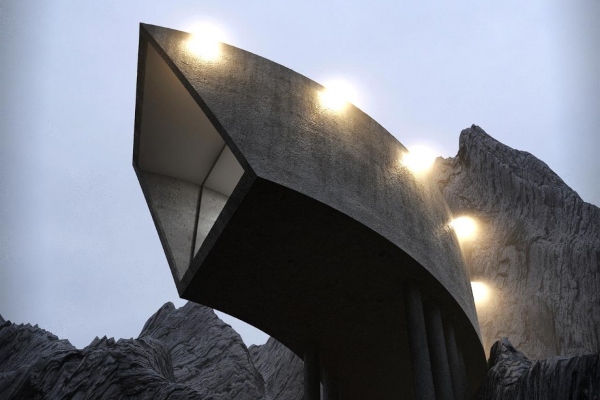 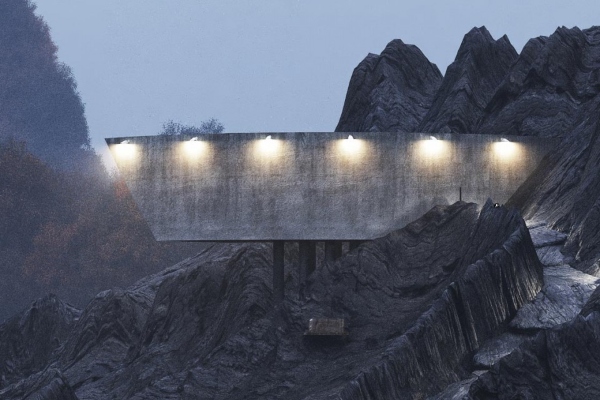 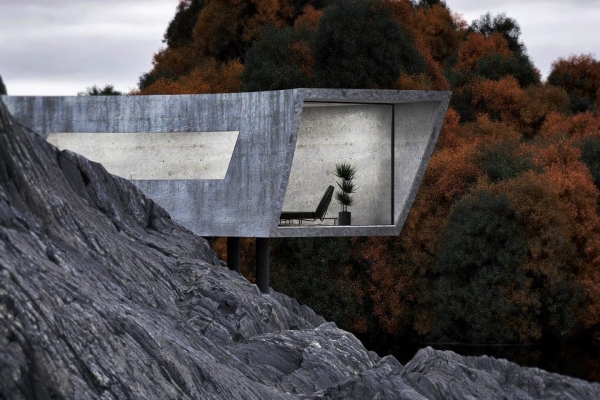 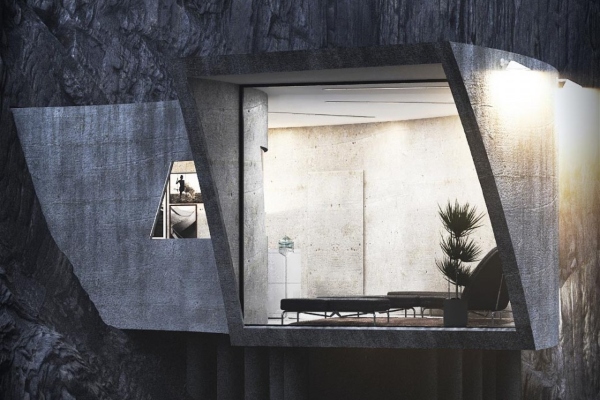 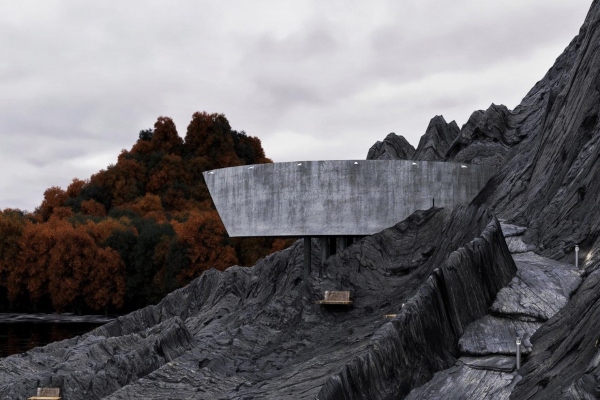 Just like any movie with the Avengers or James Bond has taught us, super villains are bad. With that in mind, we have to admit that some of them have traits which we sometimes envy, such as impeccable taste of choosing a secret hideout.

Architect Reza Mohtashami's latest concept, aptly named Concrete House, was not designed as a villain's burrow, at least not as far as we know, but would definitely fit into that story without much hassle. This strictly designed residence is on a cliff, and somehow manages to look sinister and beautiful at the same time.

Well versed in brutalism-style buildings, Mohtashami's latest design seeks to blend the natural and the unnatural within. In a series of renders created by the designer himself, the rounded structure, which is almost entirely made of concrete, can be seen emerging from a daunting stone surface. Most of the villa hangs above the cliff, and is supported by a series of columns. And while it is clear that this building by no means belongs to where it is located, we must admit that Mohtashami has been able to design a home that fits in with its natural environment.

And while this concept seems unattractive and uncomfortable from a distance, its interior is perfectly hospitable. The rounded living room exudes a certain amount of stripped-down vibration, but the villa itself offers more than you need, including a kitchen, bedroom and entertaining space that offers unobstructed views of the environment. The large window is accentuated by another similar one that extends along the interior of the entire structure, filling the space with natural light.

Do you know of a super villain looking for a new hidden home?