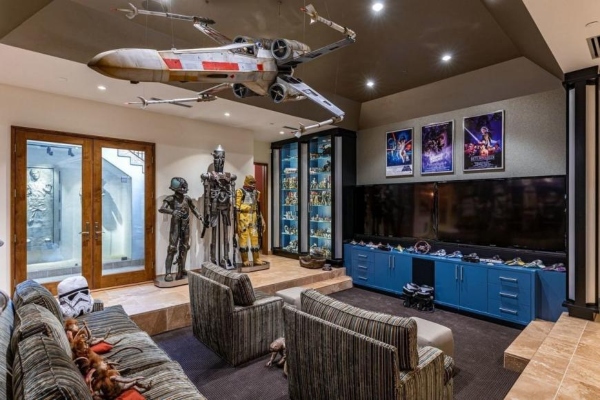 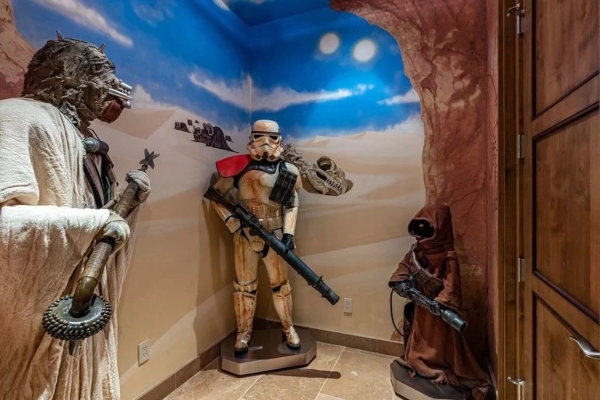 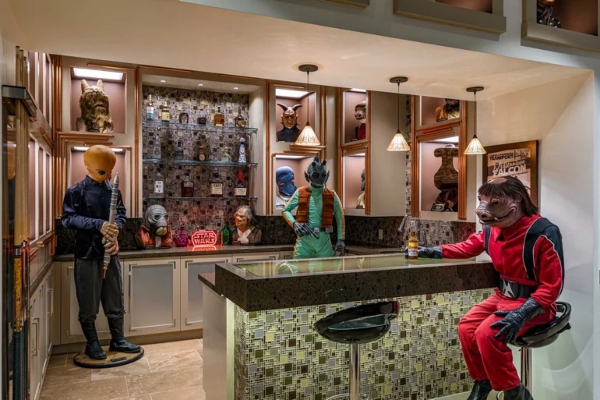 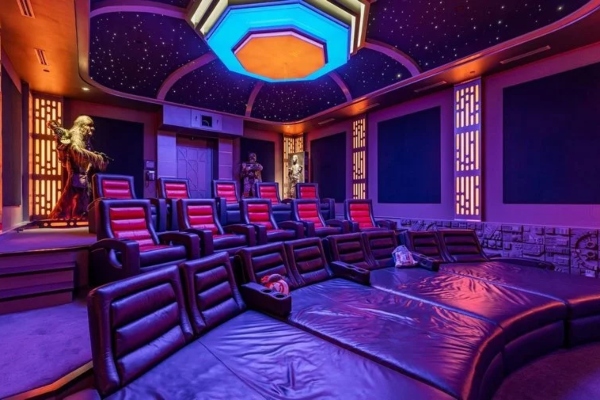 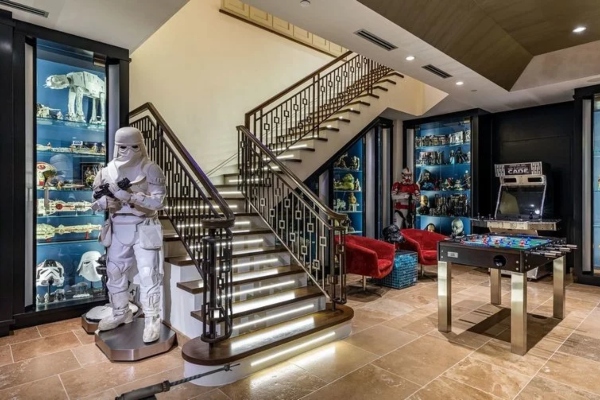 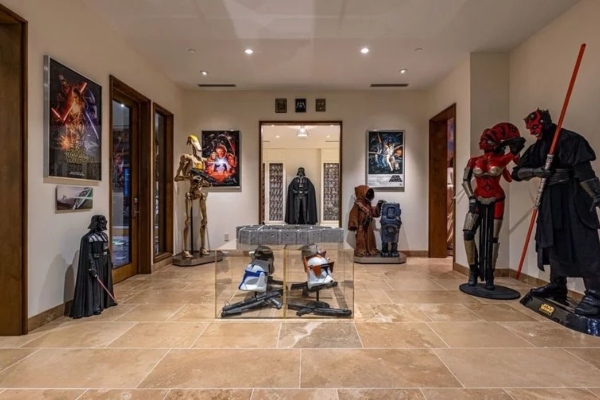 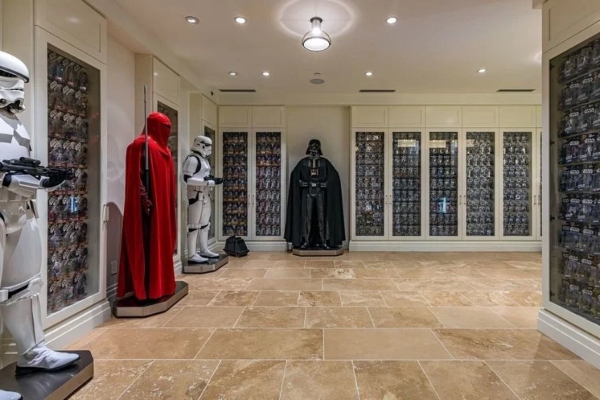 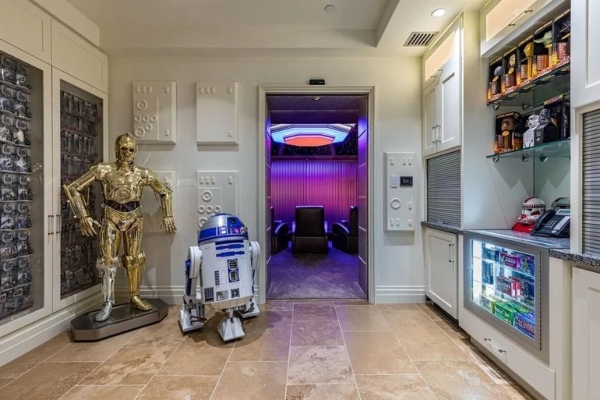 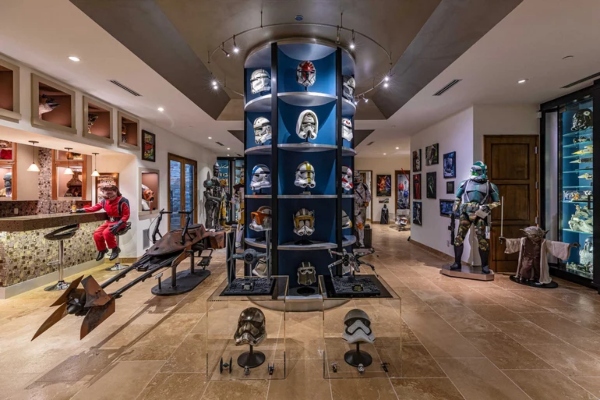 The chance to experience just is given to you by a Los Angeles villa, which features a full-size Star Wars inspired basement level with figures of Darth Vader and Yoda. Equipped with what looks like a distant galaxy, this villa is designed in a manner that gives guests the opportunity to feel as if they are stepping out of a cave, directly into the desert planet Tatooine, which was described in the series.

The basement of the villa contains unique replicas instead of props, such as Grid created with a gun in the right corner near the bar and two figures - a Bith musician from the canteen band on the left, and Sutton, or Snaggletooth, enjoying Corona beer.

As for the impressive installations, here we can also see a replica of the X-Wing fighter hanging above the lodge, as well as figures of Luke Skywalker and R2-D2 in the cockpit. Also, there is a cinema with more leather seats, as well as a figure of Han Solo frozen in carbonite.

While the villa costs $ 26.5 million, the basement, with its private collection, can be purchased at an additional, undisclosed price.