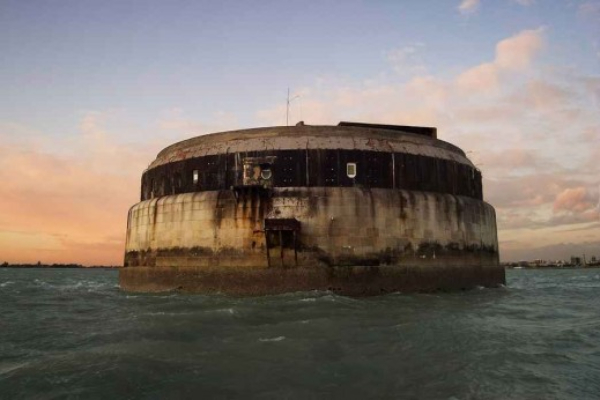 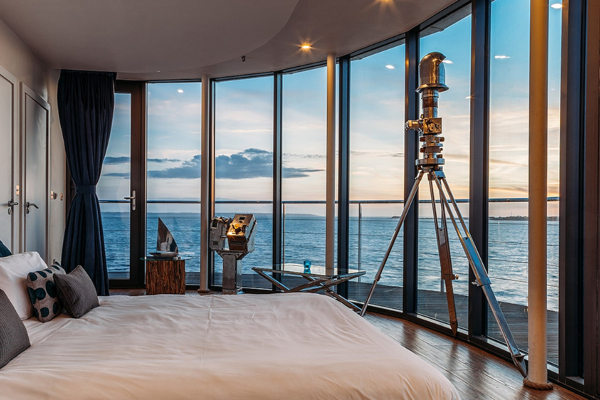 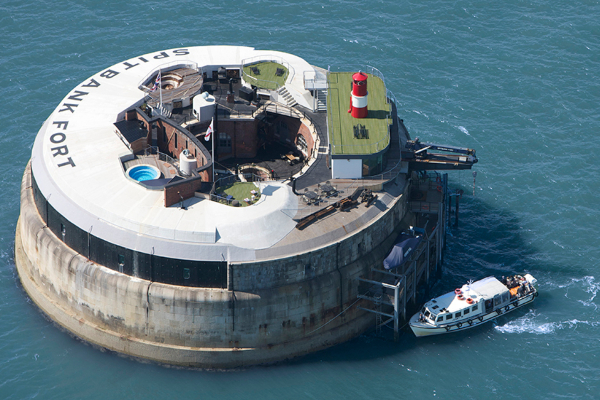 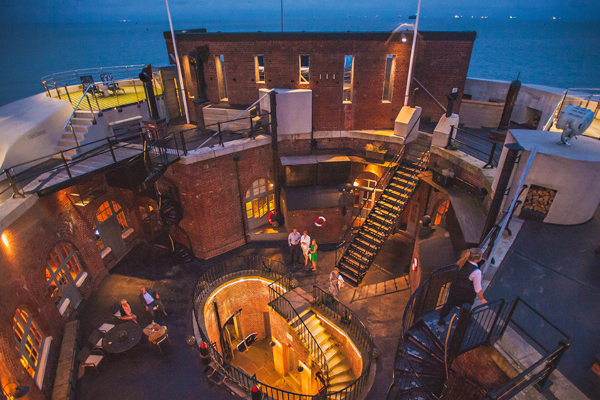 In addition, it has just been put up for sale. Over 150 years old, this absurd estate has everything a villain could want, including a wine cellar, spa and casino. Really diabolical. The property, called Spitbank Fort, is one of three artificial islands constructed in the waters off the Isle of Wight by the British military during the 1860s and 1870s, according to the New York Times. Primarily used as a defense base during its first century, this fortress had several identities before it was relieved of its duties in the middle of the last century, including a museum, a nightclub and a boutique hotel.

Spitbank Fort was bought by entrepreneur Mike Claire in 2009, who completely renovated the entire property, which measures about 3,300 square meters, adding a well with drinking water. The rooms are arranged in two concentric circles around the central courtyard, with guest suites and a library on the outside. Other luxury amenities include two kitchens, a dining room with enough space for 60 people, a sauna, a gym, a swimming pool, two sun terraces, a campfire area and an observation post that will allow you to spot your enemies while they are still far away.

And while it was most recently in the function of a hotel, it can very easily be turned into a private residence. Of course, we are not surprised that this kind of property comes with a high price of 5.2 million dollars. If you don't like this one, there are two more similar properties for sale - No Man's Fort with a price of 5.5 million dollars and Horseands Ford which costs 970,000 dollars.