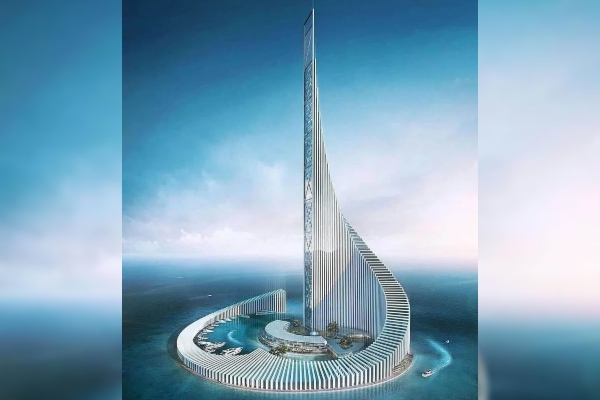 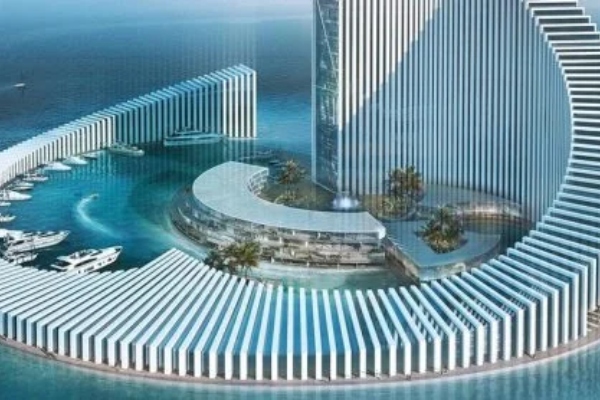 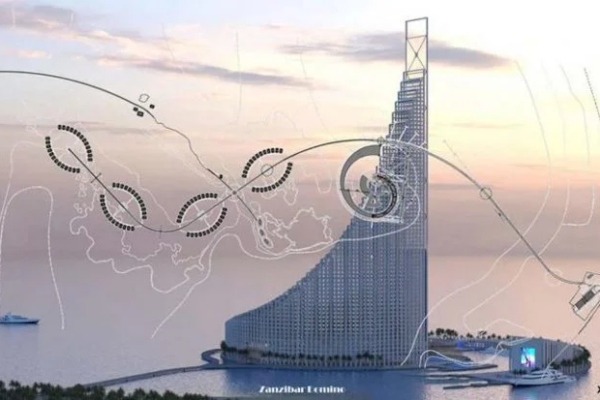 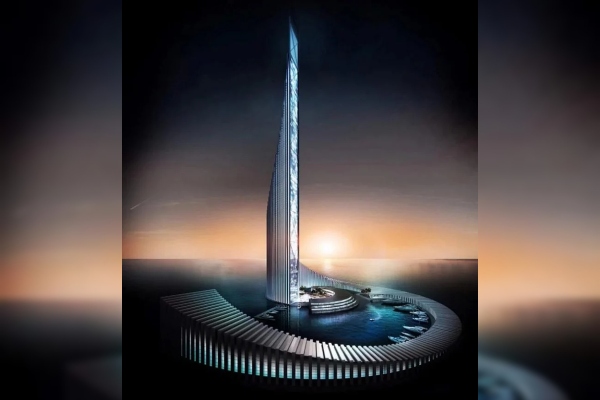 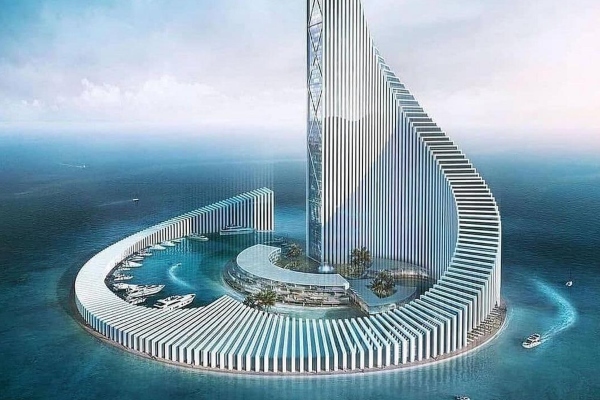 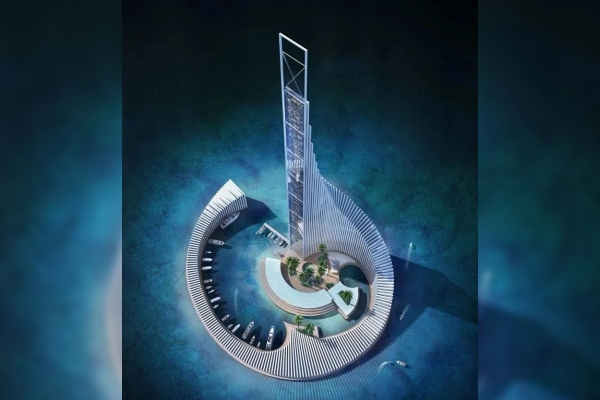 Upon completion, it will become the largest hotel in East and Central Africa. Named Zanzibar Domino Commercial Tower, this skyscraper, which will have a massive 370,000 square meters and mixed use, is inspired by the shape of a series of dominoes, and consists of 360 "figures" moving towards the observation platform at the top.

The $ 1.3 billion tower, designed by xCassia, will feature luxury hotels, 560 apartments, a golf course, a wedding chapel and a marina for yachts and cruisers at its base. Mudrik Ramadhan Soraga, the Minister of Economy, Labour and Investment of Zanzibar, stated that this project will emphasize the "efforts of the authorities in bringing as many domestic and foreign investors as possible to this part of the world".

Commenting, Jean-Paul Cassia, founder of the company of the same name, xCassia, said: “First sketched in Paris in 2009, based on the memory of my late father, who played dominoes with me and my two sons, I dreamed of construction of this project for more than ten years. It had all the features of an icon, which are impressive. All it lacked was a real investor and a location where he would become a part of reality."

Similarly, during the signing ceremony between the AICL Group, Edinburgh Crowland Management and xCassia, CEO of Crowland Management, Emmanuel Umoh, stated: "The building, which will be named Zanzibar Domino Commercial Tower, will be one of the main international landmarks, which will promote tourism, culture and business opportunities in this part of the world."

Currently, the tallest building on this continent is the Leonardo Tower in Johannesburg, with 55 floors.

Bentley enters the realm of architecture

And while famous car brands have left a strong mark in the world of horology and fashion, now they are aiming for a completely different sphere of our lives…

The novelties come in a cage with a honeycomb pattern and rechargeable LED light sources...

Oasis of love in the heart of the desert

From skyscrapers to man-made islands, Dubai enchants us from all sides…

When it comes to bathroom design, people mistakenly think that darkly designed spaces are depressing - this year, just such ambiences represent a huge trend that contributes to the...