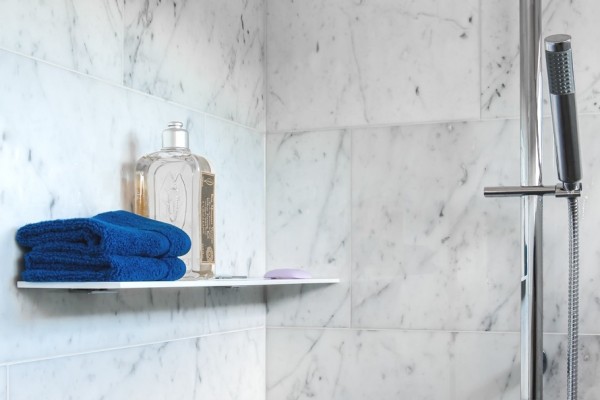 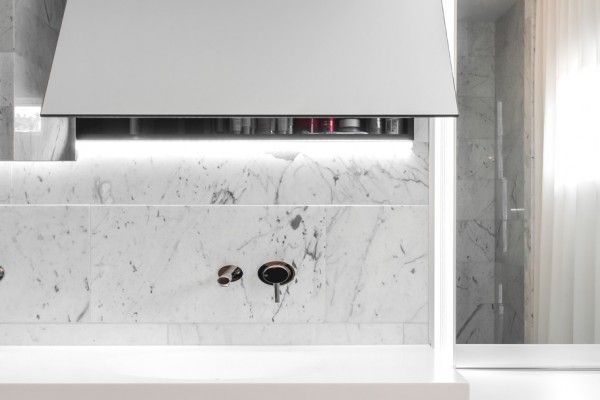 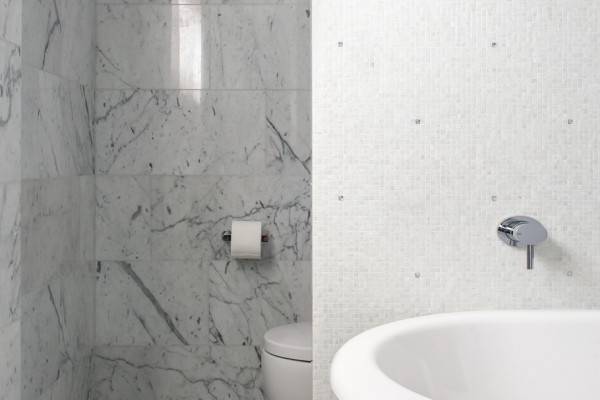 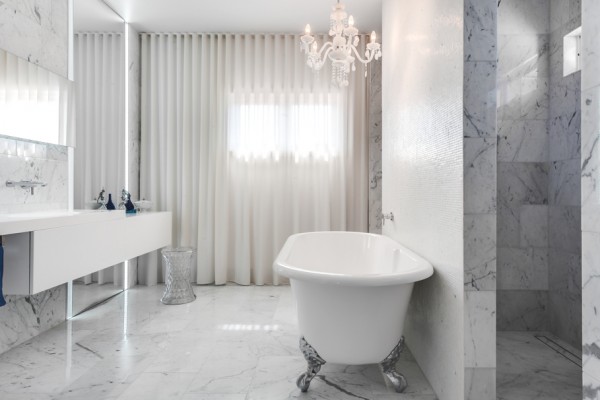 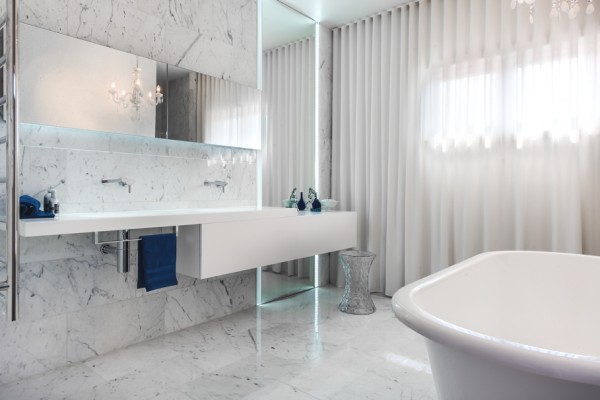 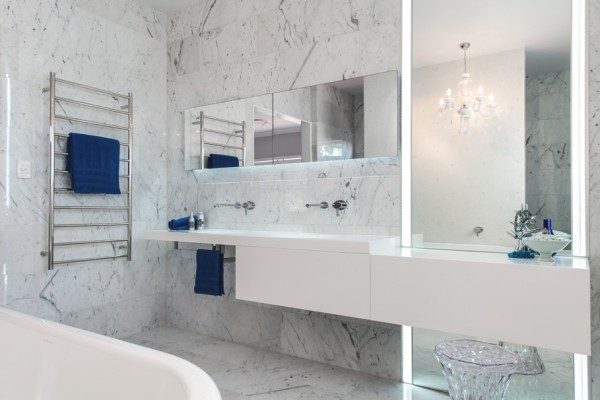 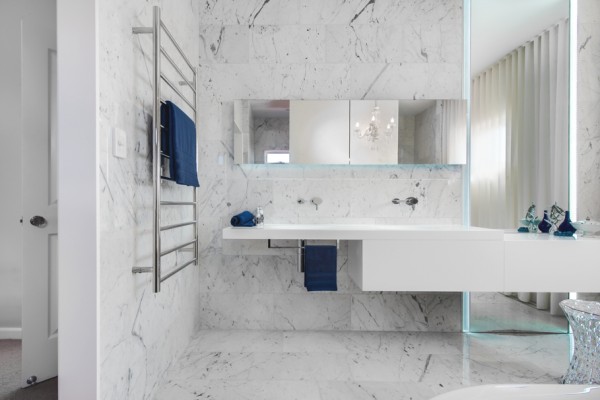 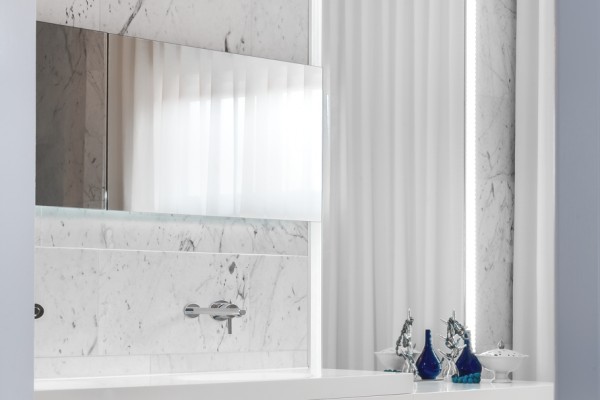 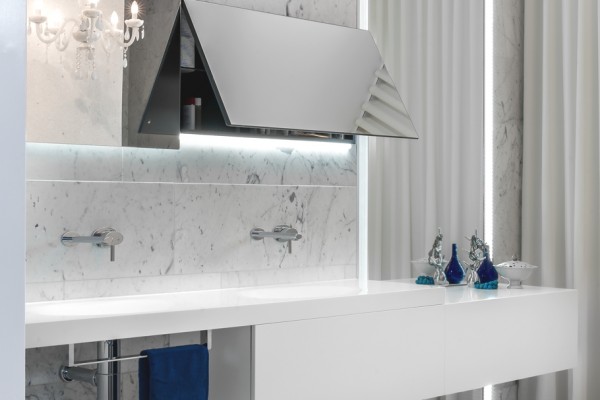 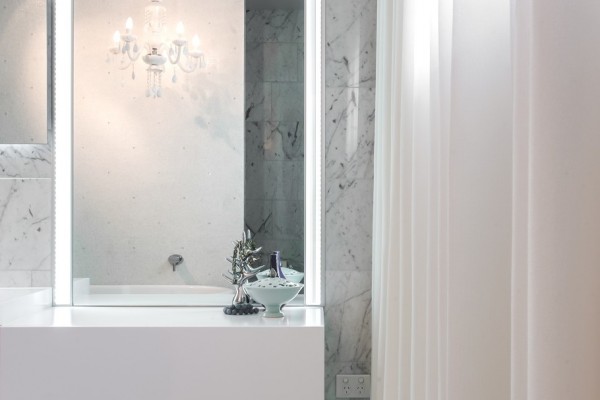 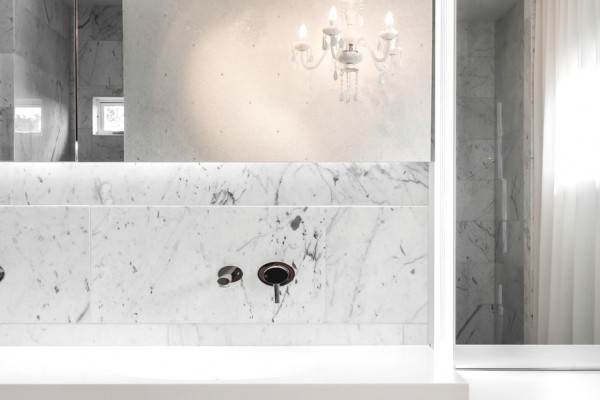 Brisbane-based design studio, Minosa Design, have completed the Glitz and Glamour project. Completed in 2013, the property can be found in the leafy suburb of Balgowlah on Sydney’s northern beaches.

Built in the 1930s the single-storey bungalow was about brought into the 20th century by the design team.

The new bathroom build was part of a much-anticipated second-storey addition for the clients, whom had recently returned to Australia from a lengthy work placement in Singapore. The property is to be “home” for many many years to come for the owners.

The new bathing space had to play a pivotal part of the parents’ private retreat, the space needed to exude sophistication and attention to detail. High glamour was the words! It needed to be spacious and reflect the amazing light of the northerly aspect it captured and most importantly it had to sit in an open plan situation. The end result oozes luxury and style. We love the glamorous chandelier

It is never too early to start preparations for the warmer days and gift yourself a functional design full of earthy and natural tones...

Armchair which will bring in life in any ambiance

Bespoke kitchen as a fusion of contemporary and traditional

Fabula is a kitchen designed for Rastelli by Ulisse Narcisi, and it is a project that draws inspiration from the concept of fable, inherent in literary criticism, which refers to t...

Inspired by famous canals and the long narrow shape of the most popular boats, the new free-standing bathtub Venice is a celebration of the city of the same name, where the Kreoo b...