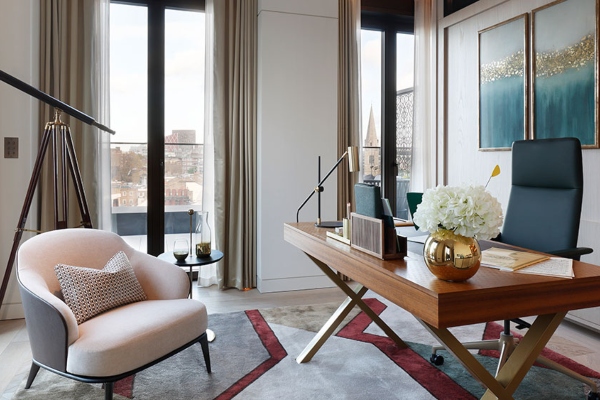 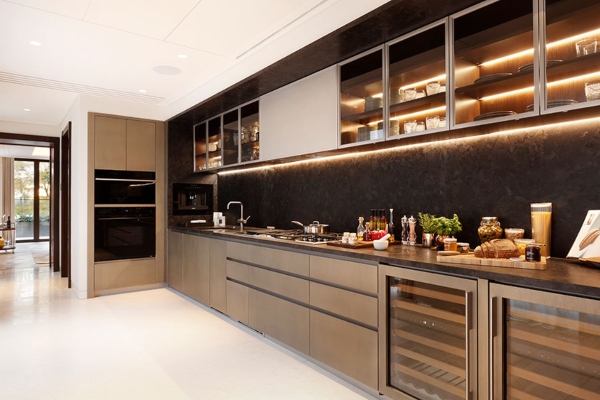 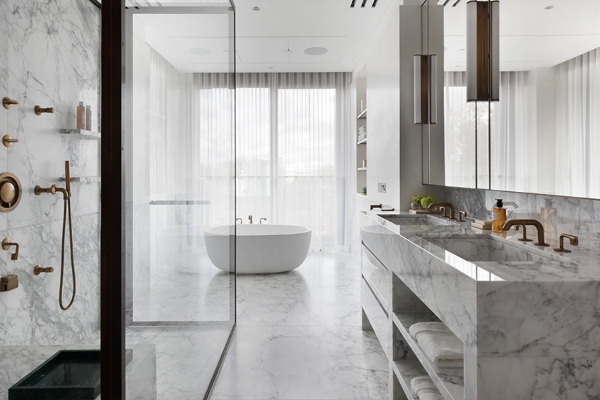 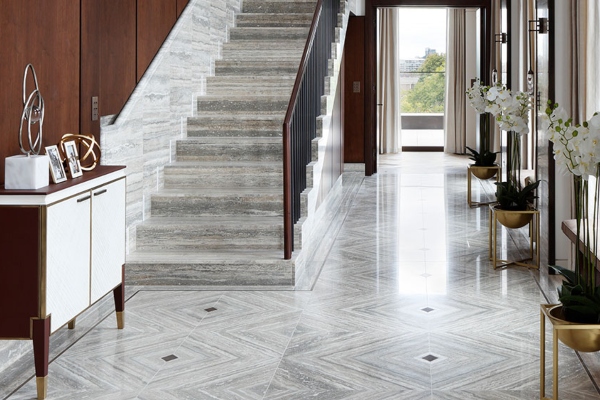 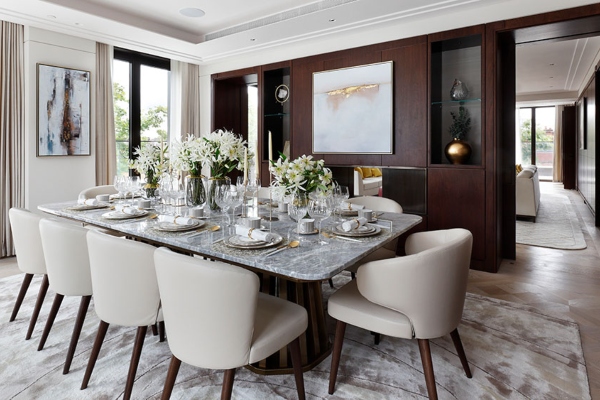 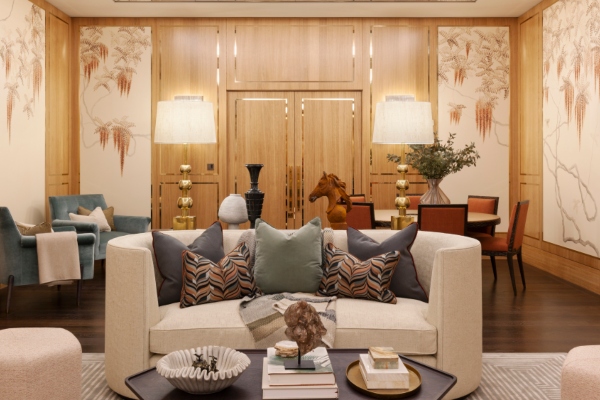 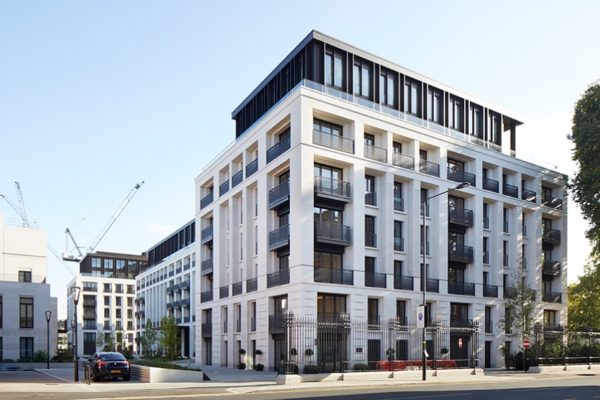 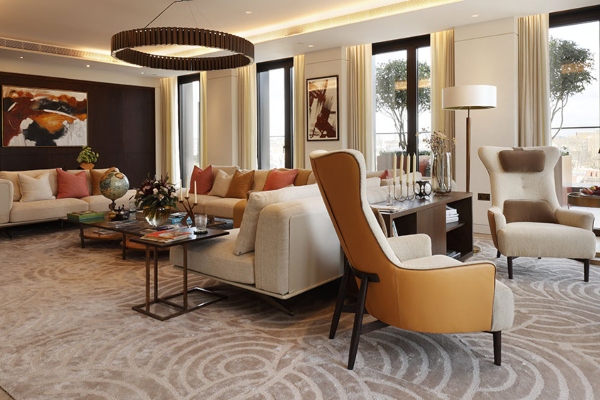 After paying $ 1.3 billion in land more than a decade ago, the entrepreneur has finally unveiled the first penthouse in this part of London...

Rome wasn't built in a day and that's a fact, but the Chelsea Barracks project in London was certainly moving at a snail's pace. After almost thirteen years, the first penthouse of this development project has finally been put up for sale, at a cost of $ 55 million.

Located on top of the Nine Whistler Square building, this two-story apartment is already in the company of the most expensive in the city. Its 600-square-foot interior is designed by Lawson Robb in an interesting combination of styles that reflects the architecture of the building and the environment. The cabinets and floors of this apartment are made of pure oak, while marble, finished with the hands of Italian masters, is used for the staircase and the kitchen. The bronze balustrades on the balcony are designed with inspiration from botanical designs envisioned by William Morris. With six bedrooms and seven bathrooms, this penthouse also has a terrace of about 250 square meters, which offers panoramic views of the city.

With the help of an elevator, the new owners will have access to the Garrison Club, a space intended for tenants with a premium spa, a sixteen-seat private cinema, a large pool, a games room and a lodge.

Qatari Diar, the entrepreneur who ventured on the move, paid $ 1.3 billion for 13 acres of land in 2007. According to some reports, Prince Charles was not happy with the plan the entrepreneur had for this part of town, which led to the redesign of the whole project.

The price for a two-bedroom apartment in this building is $ 6.8 million, while three-bedroom apartments are selling for $ 11 million. As we learn, as many as 80% of housing units have already been sold, so you'll need to be quick if you want this penthouse to be yours. In case you are not sure that it suits you and offers everything you need, we advise you to browse through our gallery.