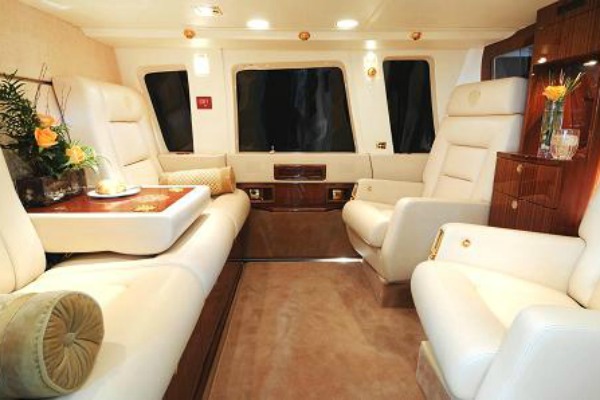 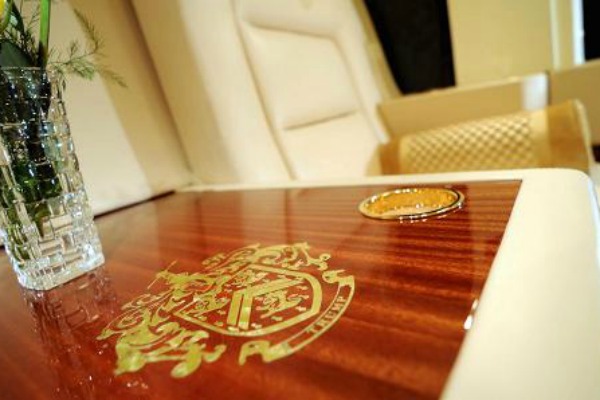 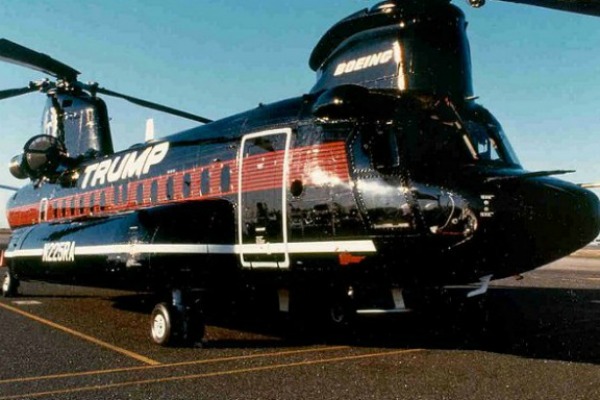 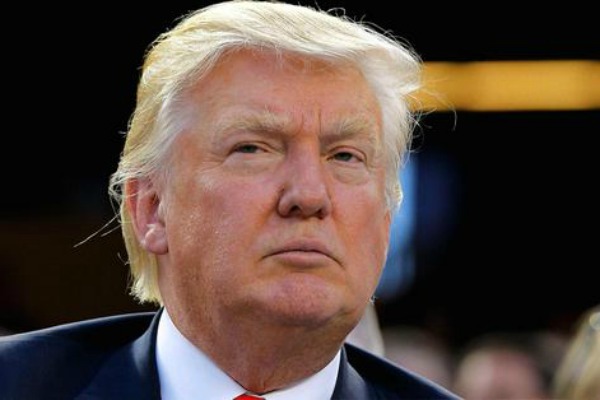 Due to the fact that he is a celebrity and businessman, Donald Trump is accustomed to having in his life only refined and precious things...

From his golden bicycle, to customized private jet, Mr. Trump likes to travel in style. But his private plane is just one part of his transport fleet. Today we present the interior of a private helicopter, which is in the possession of the wealthy businessman - Sikorsky S-76 thereof.

Designer who is based in Long Island, Eric Roth, was engaged to give the helicopter that sophisticated look. He dressed it in shades of gold, with gold details. Did you expect anything less from a Trump? From belts to handles, all the details of this helicopter are covered in or made of 24-carat gold. Shelves which we can see in this chopper are stocked with bottled water - not just any water- but Trump Ice spring water.