The first reason is certainly the fact that this is the most expensive painting in the world, which reached 450 million dollars in 2017, while the latest reports now call it a fake! When they discovered it, experts estimated that it was a long-lost, but completely authentic work of Leonardo da Vinci. However, as it turned out, the portrait of Jesus was only authorized or supervised by this renaissance master. According to the rumours, the painting is the work of one of his superiors or students, and it was created with his help.

The work of art has been recently degraded because it is "not the original Da Vinci" by the Museo Nacional del Prado. In the museum catalogue, which contains two lists, paintings by Da Vinci and those to which he contributed, Salvator Mundi falls into the second category. As they further state, "There were moments when it was difficult for Leonardo to paint because of his perfectionism, numerous other occupations, so his students did many tasks for him." 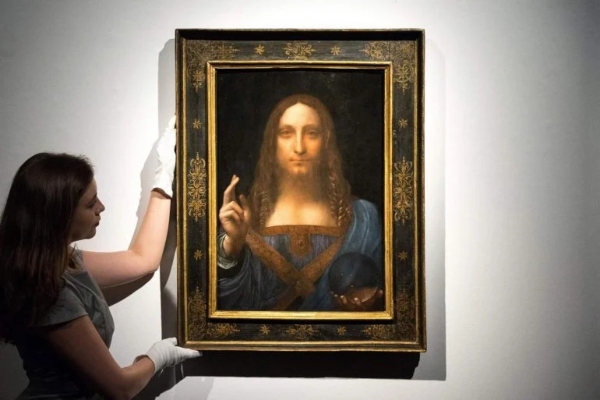 The iconic image represents Jesus as the saviour of the world and dates back to the beginning of the 16th century. It was sold at a price of 450 million dollars during Christie's auction held in New York, which is why it won the title of the most expensive. According to the rumours, the buyer was Prince Bader bin Abdullah bin Mohammed bin Farhan al-Saud, but unfortunately, there is no direct proof of his ownership.