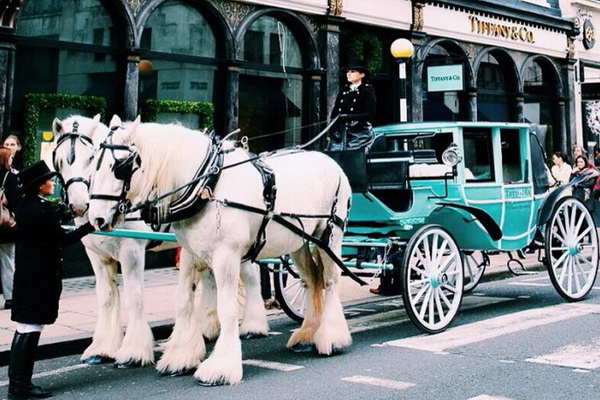 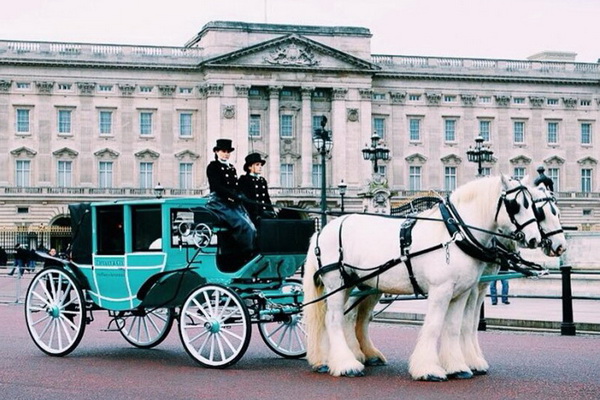 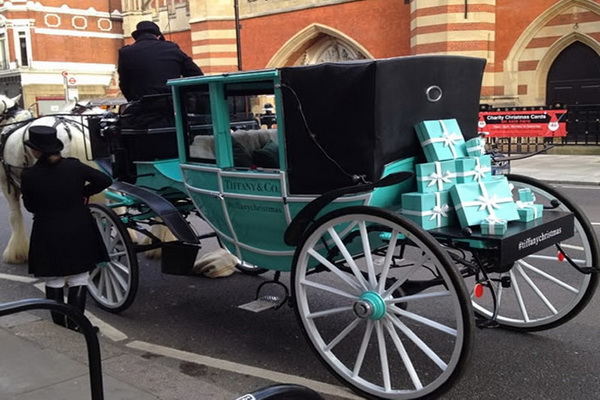 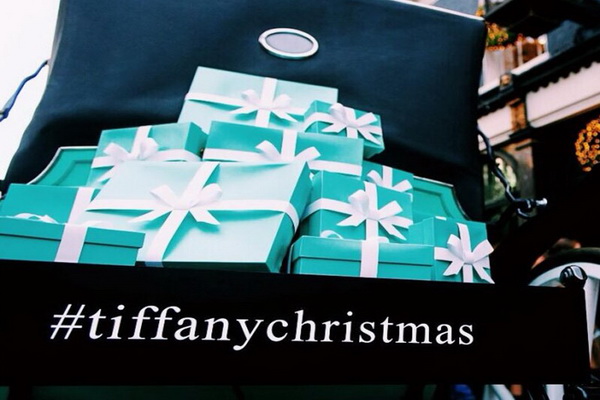 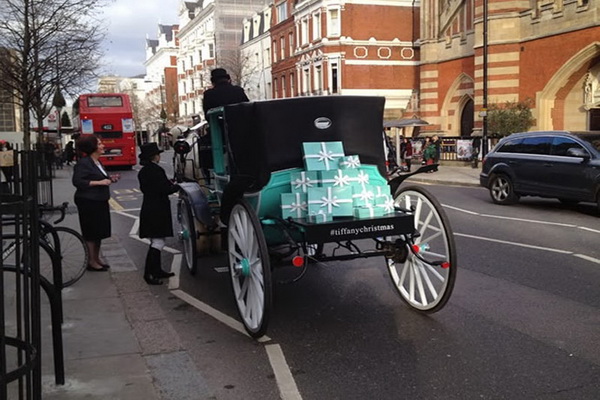 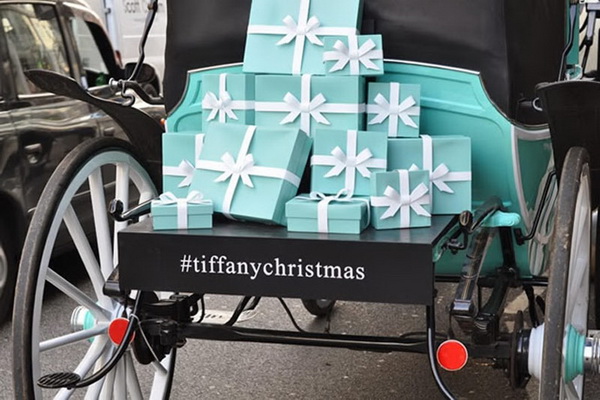 On its own original way,Tiffany and Co. spreads Christmas spirit!

Under the brand’s motto “The Perfect Christmas Comes Wrapped in Blue”, not only the carriage’s body was in blue, but also blue details featured on the wheels, the horse’s reigns and even the drivers’ ensembles. This Cinderella -like carriage attracted attention of shoppers, fans and photographers on its way from Old Bond Street to Sloane Square and from there to Harrods.

Tiffany and Co. have also produced a bespoke Mistletoe Chandelier, which has previously been displayed in many of their flagship stores, which will be displayed in the Old Bond Street store on the weekend of the 14th and 15th December.