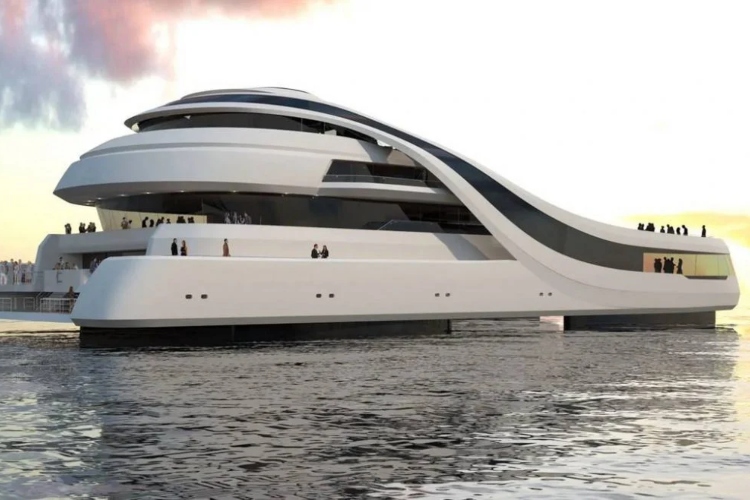 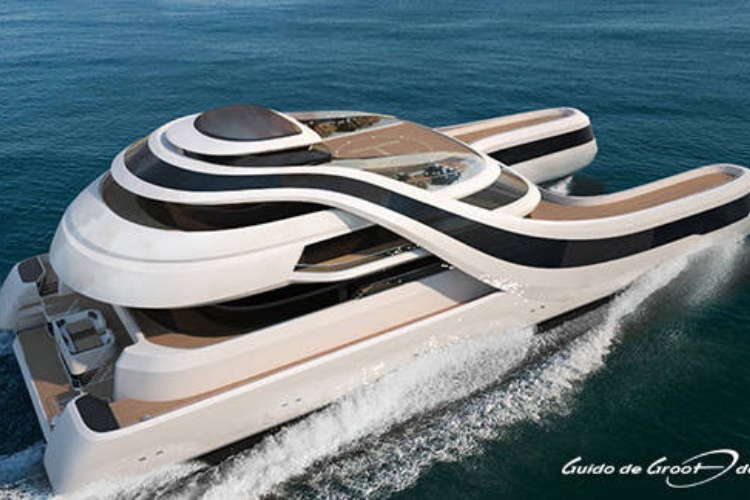 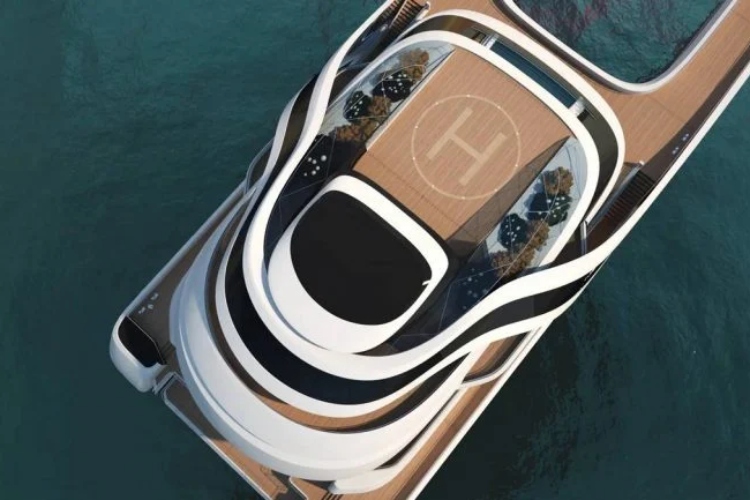 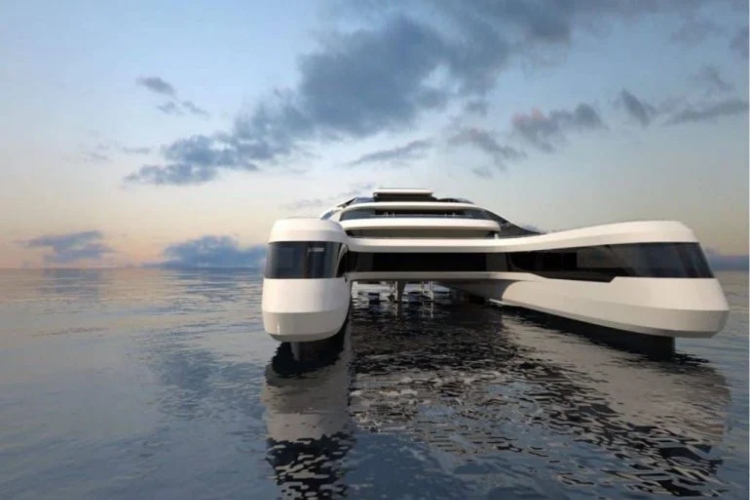 Studio Guido de Groot Design presents a futuristic catamaran concept, called Ren, designed in collaboration with Karel Nguyen, who currently works at the Delft University of Technology in the Netherlands.

The idea of ​​the project was to create a yacht concept adapted to the future Chinese elite. The result is an attractive yacht of 68 m in length with an extraordinary beam of 27 m. The key word here is "Chinese elite", as the yacht must include amenities intended for billionaires who have a different culture than Western billionaires.

When designing, the yacht's creators had a fictitious client in mind. She is a 34-year-old entrepreneur, married, has two children and billions in the bank. Having reached the pinnacle of her career, her new goals are to focus more on her children, helping the community and spending her days relaxing on her yacht. The superyacht will be equipped with oceanographic research laboratories, drones and helicopters for disaster relief missions during typhoon season.

Along with the work done on the yacht, relaxation and rest are also necessary. A special wellness deck, a beach club and even a garden will provide relaxation on the open sea. With Chinese culture in mind, Karel Nguyen equipped Ren yacht with a large kitchen to emphasize the importance of food in China. Compared to other yachts, Ren has less space and outdoor activities, because the Chinese avoid too much exposure to the sun, while private and public spaces are ideally located according to the principles of Feng-Shui.

Among other notable features on the elegant Ren catamaran is accommodation for ten guests and 40 crew members. Large entertainment areas would allow the dining room to host 40 guests, while the evening drinks reception would increase that number to 100.

Thanks to 2 diesel-electric propulsion systems and 4 generators, Ren can move like a fully electric yacht in protected areas. The yacht is a concept for now, but we believe that it will be built soon and will delight the rich Chinese.