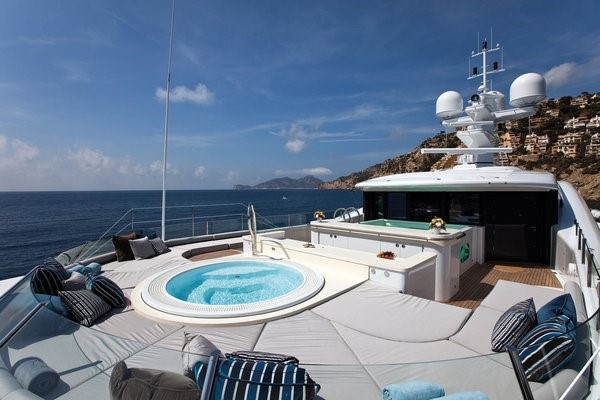 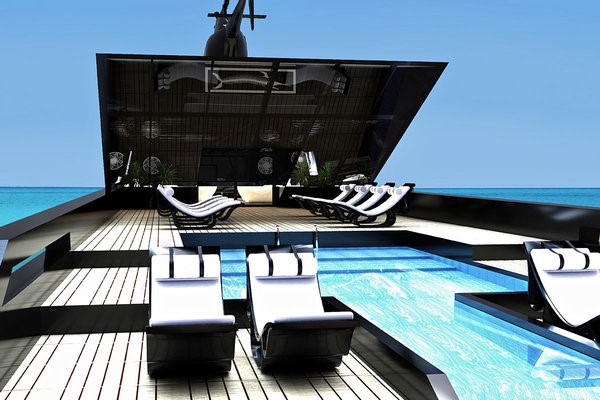 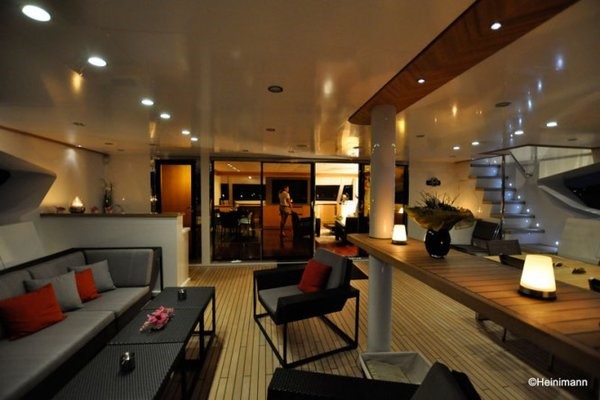 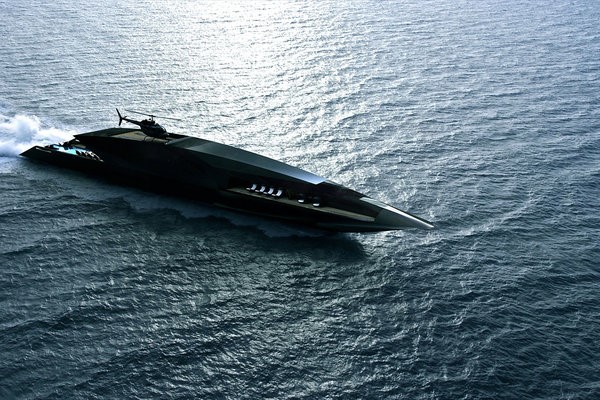 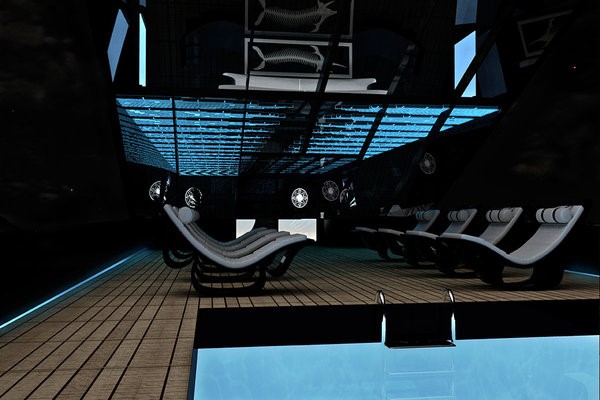 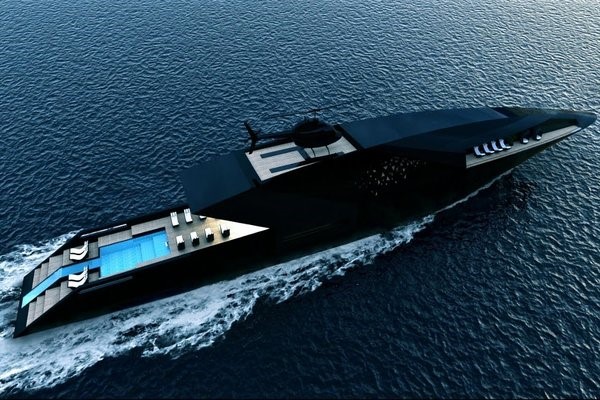 On the example of his latest yacht, Black Swan, famous Turkish designer, Timur Bosca once again showed the world the inseparability of elegance and simplicity…

Black Swan is a Timur Bosca’s dream ready to become reality for any millionaire who’s willing to have his own floating palace with a helicopter platform on the top! With its land-based architecture this boat has all amenities you can imagine.

At the aft deck there is an enlarged beach club with a stunning pool where guests can take a private swim with panoramic sea view from the water or just enjoy on some of the sun loungers. On the other hand, it has many hidden balconies adorned with beautiful views among which two of them, placed forward and protected by glass railings, offer open view out to the sea!

As for the interior, the furniture is mostly white until the privacy of cabins where, sensual white radically turns into brown as a symbol of the earth. One more thing that makes Black Swan distinctive is its different sized triangular shape of the windows amidships. Angles and curves are adjusted to create essential aerodynamic look, perfectly corresponding to the broad appearance of boat.

This, 70-meter long ship, has capacity to accommodate a staff of 18 people and maximum of 12 guests in the six luxury double cabins plus one with spectacular dimensions for the owner.

A boat of these characteristics must contain powerful mechanic which will be capable to provide good performance. Even though its cruising speed is 20 knots mark, the four engines it possess generating a power of up to 23,172 Horsepower, permits Black Swan to hit the speed of terrific 28 knots. All that is covered by the fuel capacity of incredible 183,000 liters.

If you are thinking of a long trip on the open sea, away from every coast, city and people, and you are afraid that you will run out of water, don’t be, because this yacht is equipped with a water tank located on board with capacity of 38,600 liters.

The designer wasn't really willing to reveal the price such an exclusive creation would have, but has said that if someone would like to afford it for themself, they would have to pay several tens of millions of dollars.