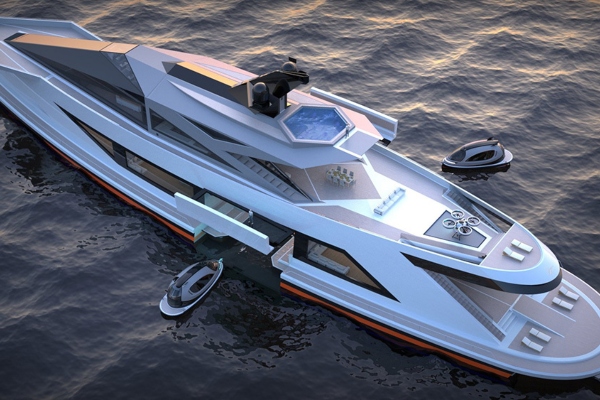 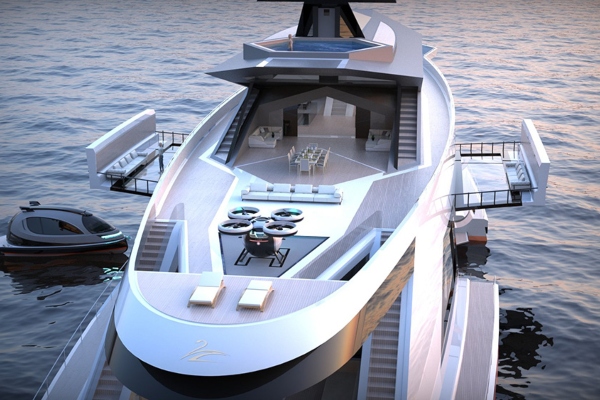 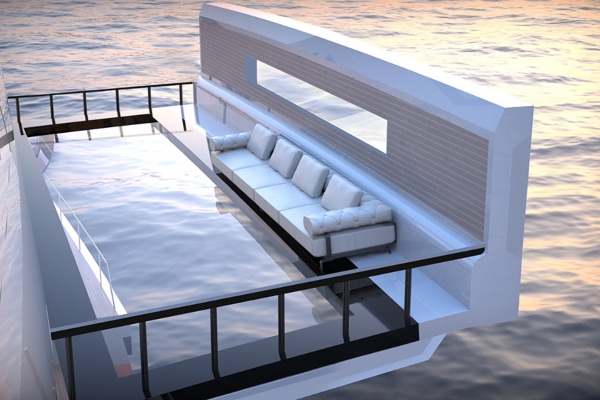 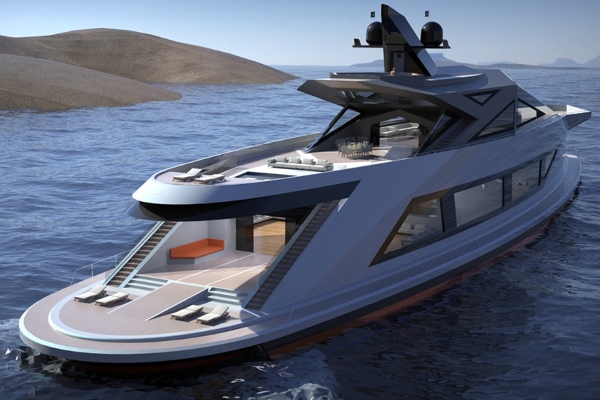 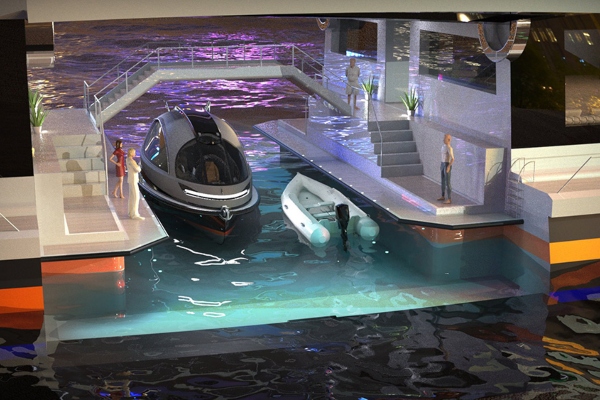 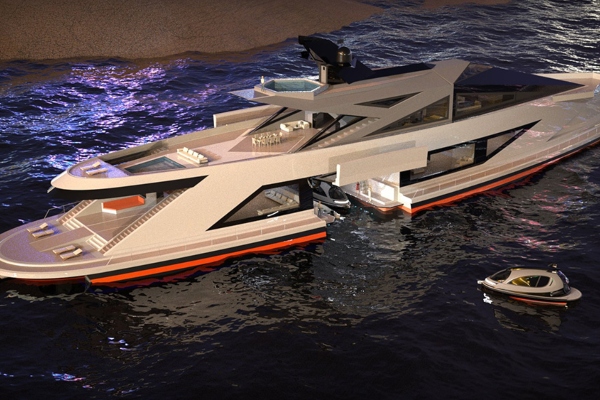 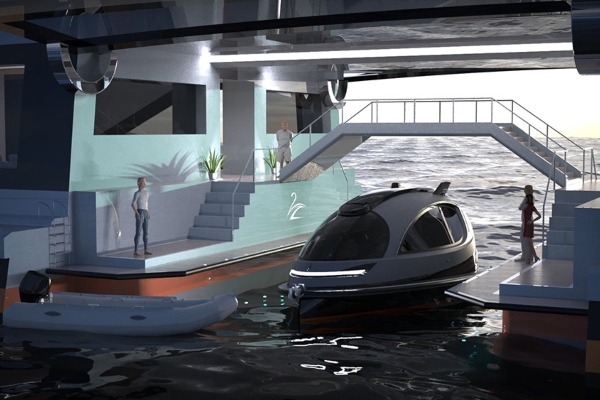 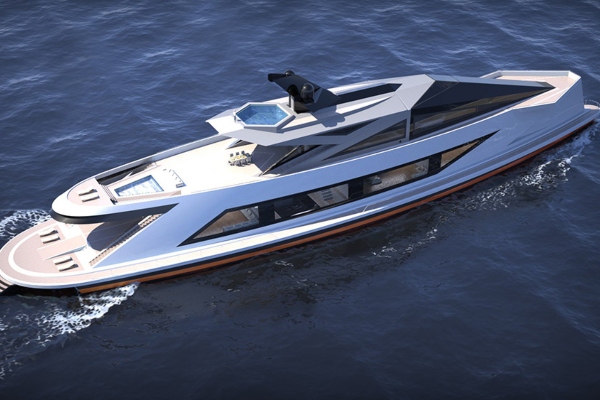 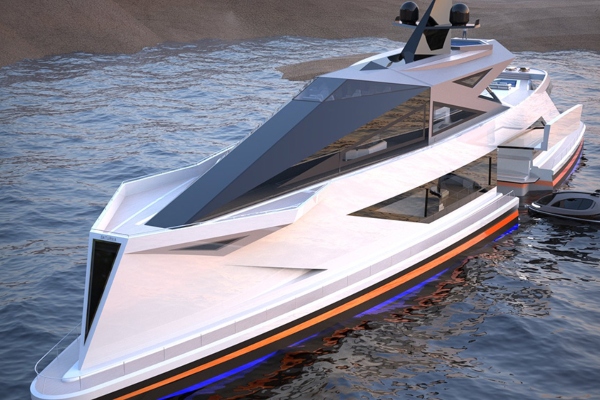 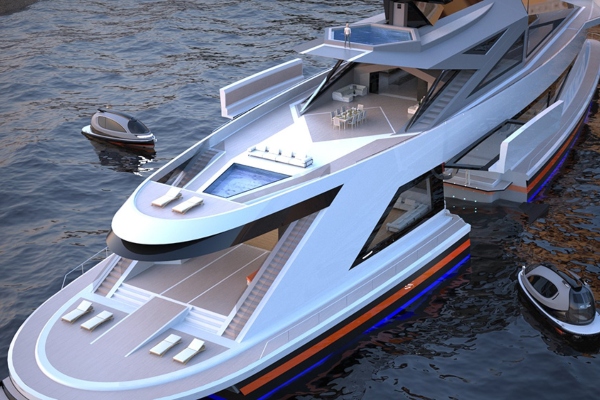 This design studio has just unveiled its latest innovative concept, a superyacht that simultaneously plays the role of a small dock for tenders servicing remote high seas. The futuristic yacht, called Saturnia, got a geometric silhouette with sharp, angular lines. The ship will be constructed entirely of dry carbon fibre, which Lazzarini claims will make it about fifty percent lighter than other ships of similar dimensions.

Of course, the main detail of the yacht is its private port, located in the central part of the ship. The unique space is accessible with the help of two large openings on both sides, which are automatically raised when needed. Like a regular port, they can facilitate the arrivals and departures of casual travellers, allowing tenders to anchor inside.

The interior of the yacht is spread over five floors, with a roof section dedicated to antennas and radars. Also, its interior is accentuated by large windows and high ceilings due to which it is maximally connected to the sea. The layout of the rooms can be adapted to the needs of all owners, and can accommodate between 10 and 20 guest cabins, together with spaces for twenty crew members.

As you might expect, Saturnia comes with an extensive list of luxury amenities, including several swimming pools and outdoor dining areas, an eVTOL take-off area and a magnificent glass-bottomed lodge, which offers a view of the world below the waves.

When it comes to propulsion, Lazzarini envisions the yacht with hybrid thrust. Dual diesel engines and a central water jet system will give this ship a maximum speed of 30 knots, with far less harmful emissions.

Believe it or not, this is a relatively tame design for the Lazzarini studio, which previously presented us with megayachts in the shape of sharks and swans, as well as a hyper yacht in the shape of a huge bullet. Of course, a design like this with all its innovations, brings high prices - the Saturnia yacht will cost you 300 million dollars, and it can be constructed in 2.5 years.

See more photos in the gallery.