TOP 10 MOST EXPENSIVE YACHTS IN THE WORLD 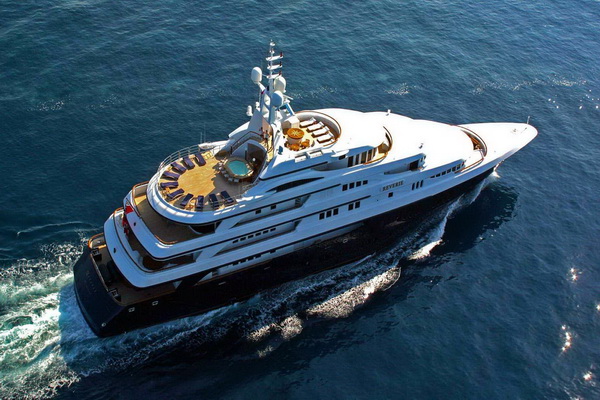 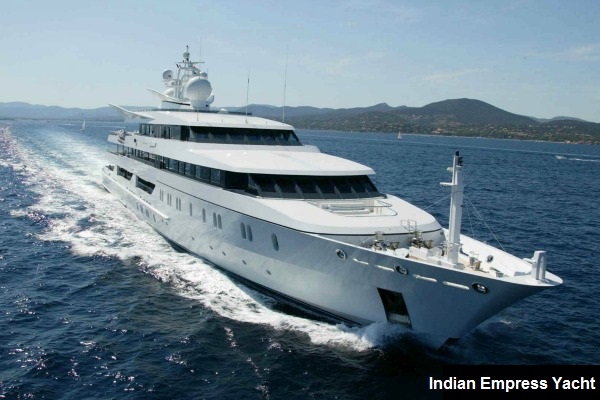 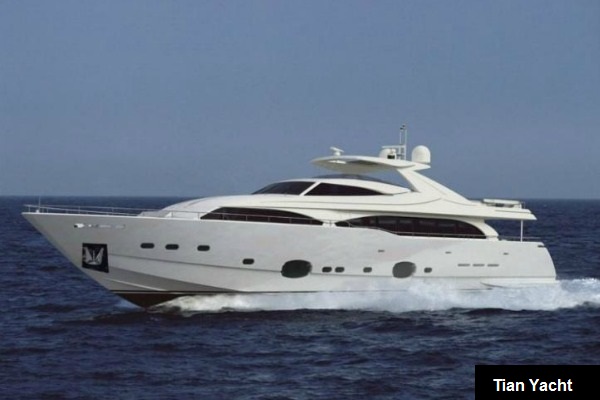 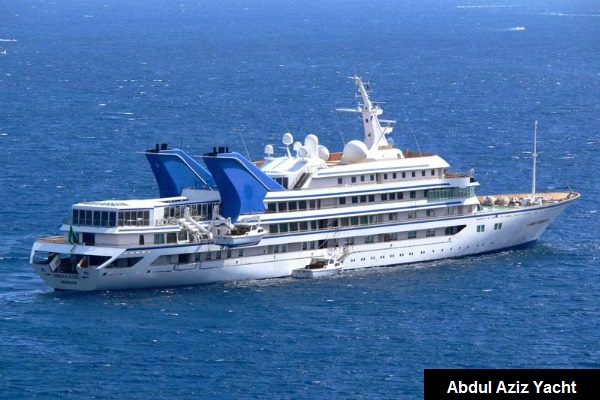 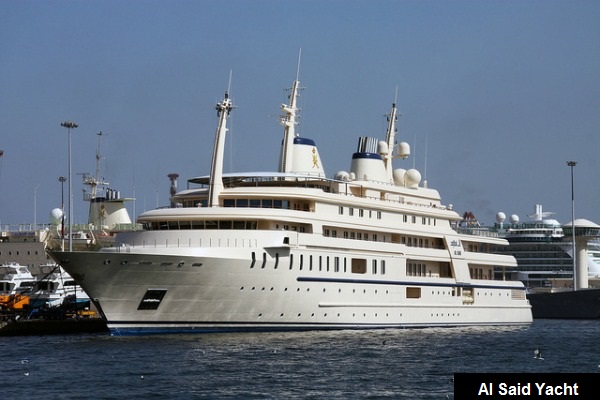 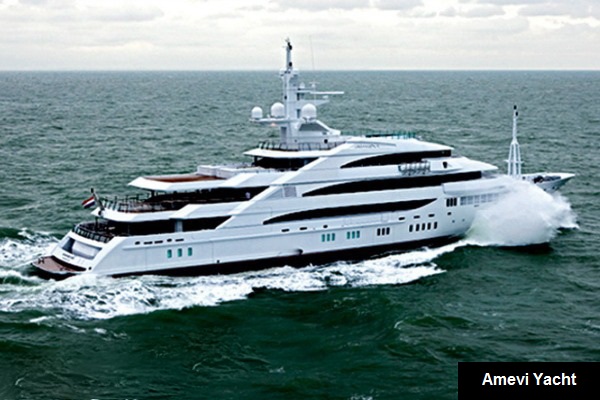 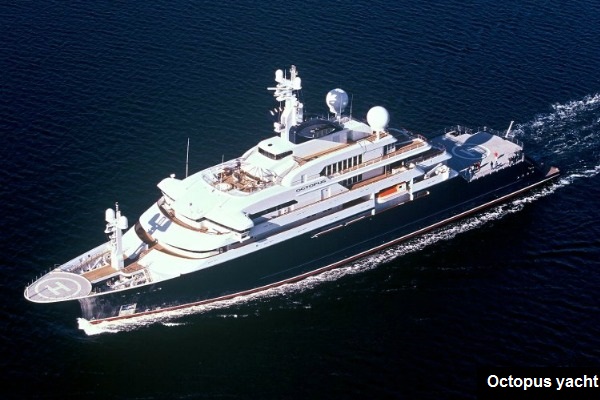 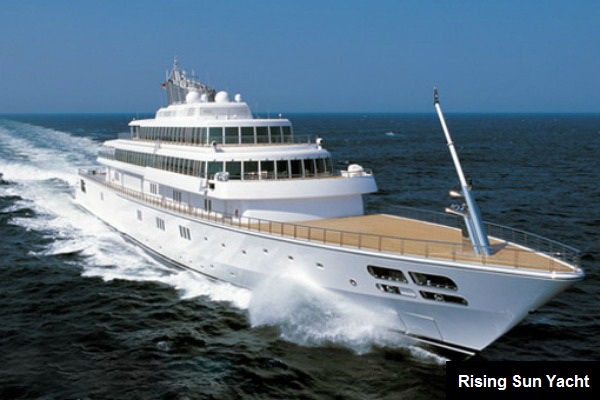 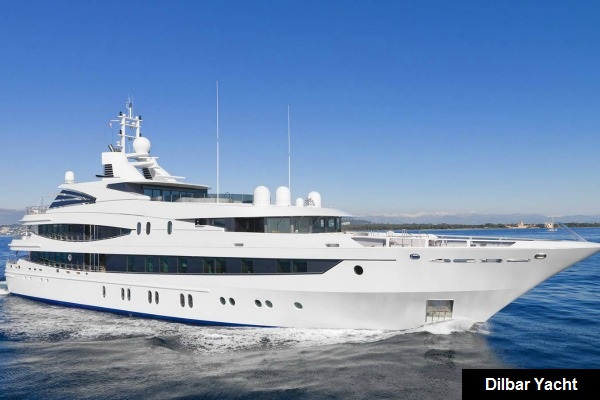 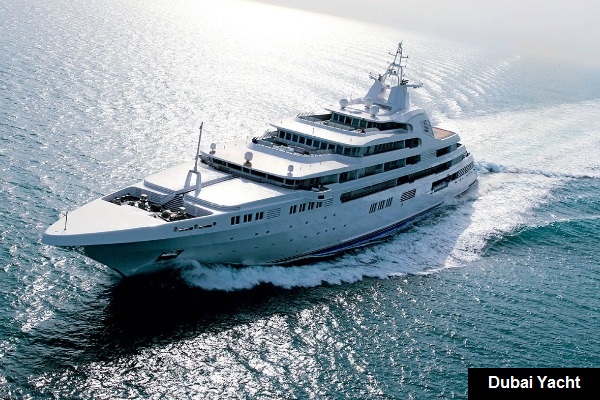 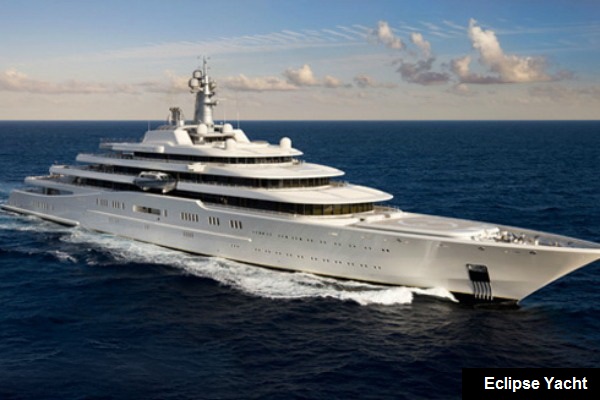 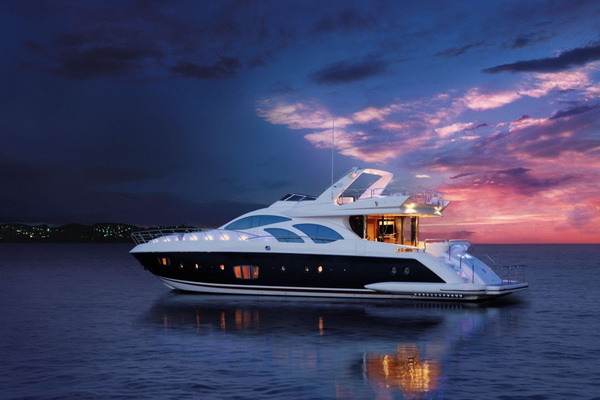 Some buy expensive cars and motorcycles, while others buy luxury villas with swimming pools, gyms, home theaters, etc. Some prefer to own private jets, while others prefer to enjoy the vast oceans during a leisurely cruise. This time we present you a collection of the most expensive and most luxurious yachts that are owned by the people who have more than enough money and time to waste. Some of the people whose yachts are represented on this list are world famous personalities who have their admirers, while others are simply rich enough to afford anything they want. Without further ado, we present to you the 10 most expensive yachts in the world...

Roman Abramovich is known for his luxurious lifestyle, and we are therefore not so surprised that he owns the most expensive yacht in the world, which is privately owned. Purchased during the period of recession, the mega-yacht broke all previous records - in terms of its size and price-wise. Its construction took two years and cost $ 800 million, resulting in a water giant, with a swimming pool that is surrounded by his Havana bars, and there are two helipads, 20 water jets, cinema, library and master suite of 500 m2. In order to take care the safety of passengers during long cruises, engineers have given this yacht missile detection system, combined with underwater emergency exit. Also, this yacht has nine decks, each with its own security exit, which makes it the safest yacht world that is ever built. There's ample room for 30 passengers and up to 70 crew members, so that all passengers enjoy the cruise. Also, on this yacht there is a wellness center equipped with modern amenities. Annual maintenance of these yachts cost 50 million euros.

This yacht once wore the title of the largest and most expensive mega yacht. Its owner, Sheikh Maktoum commissioned it in 2001, and it was delivered to him in 2006. Amenities at this superb yacht include a spacious formal dining room, glass staircase that connects the VIP suites and guest rooms, lifts to facilitate access to its numerous levels and several elegantly arranged lounges for relaxation, enjoyment and socializing. Of course, a yacht of this size and of this profile as its mandatory part includes a helipad. It can mostly be seen in the waters of the Gulf, and most of it is closed with built-in air conditioning systems, in order to allow guests to enjoy the journey during those warmest and hottest days.

The yacht, owned by Russian steel magnate, Alishara Usmanov, was constructed in 2005 and was named after his mother. This water giant was designed by the famous designer duo Lurrson and Tim Haywood. It has the capacity to take on and comfortably accommodate 20 passengers and 47 crew members. Regarding the benefits that this yacht offers, there are Jacuzzi, swimming pool and a helipad. This luxury yacht has a cruising speed of 18.4 knots and a maximum speed of 21 knots. Its unique engine features dual propeller system, while its exhaust system that has special filters that prevent the entry of dirt.

This yacht was once owned by Larry Ellison, CEO of Oracle Corporation, and is currently one of the luxury elements in portfolio of David Geffen. It is 138 meters long and has accommodation capacity for 16 passengers. With a total area of about 1,000m2, this luxury yacht has a basketball court on the deck, which can be easily transformed into a functional helipad, wine cellar, swimming pool and a cinema hall. Also, it has space for a submarine. Otherwise, just maintaining this luxury yacht cost around 13 million per year, with no special treatments and supplements.

Paul Allen is very famous in the world, since he is one of the founders of software giant Microsoft. His other favorite interest, in addition to computer and software development, is sailing, and that is why he indulged himself this pleasure. Known throughout the world as one of the largest megayacht ever made, this yacht is around 135 meters long. This luxury ship has the ability to be under water a whole two weeks, and there is also enough room for two subs, with capacity of 10 people. The yacht includes a pool where people can relax. German shipbuilder Lurssen built this yacht in Bremen. Her hull is built of steel, and for the design Jonathan Quinn from Seattle was in charge.

Indian steel magnate, Laxmi Niwas Mittal, has in his possession several valuable elements and one of them is definitely Ameva yacht, which is on the list of most expensive yachts that you can charter. For example, during the summer of 2010, this yacht was rented for J. Lo and Mr. Mittal has organized a special dinner for her after the Cannes Film Festival. This yacht can be freely called the Rolls Royce of yachts in the world. The first reason for this is of course the comfort of its passengers and crew members, in addition to the incredible stability. In addition, this yacht also contains a massage room, indoor private cinema, gym, pool and beauty salon. There's ample room for 16 guests and 22 crew members.

This yacht is indeed created for the very elite of the world. Mega-yacht Al Said is attractive because of its design and structure that are in royal style. Constructed in 2007, the work was Lurssen Yachts company. Behind thehe design idea is Jonathan Quinn Barreta. In it there is capacity for 65 guests and 140 crew members, who can calmly enjoy the performance of the orchestra, which has about 50 members - it tells you enough about her size. Due to the fact that it belongs to a nobleman, you can imagine what the guest list looks like. Whoever gets the invitation for enjoyment on this magnificent yacht will have to take a helicopter to arrive.

As its name suggests, this aquatic giant is owned by King Abdullah bin Abdul-Aziz Al Saud of Saudi Arabia, which he bought when he was crowned prince of the royal family. Built in 1984, this yacht was constructed in the port of Helsingor Vaerft, and visited by a great number of members of the royal family. She is the personification of megayachts, although it has a slightly smaller capacity - up to 22 guests and 14 crew members, who are specially trained to take care of every need of the guest and to make the guests feel like members of the royal family. Maximum speed of this yacht is 22 knots and it can cruise at a speed of 21.8 knots. As far as luxury amenities, there is private Jacuzzi, a restaurant that serves many types of cuisine and decor reminiscent of a ship marked by tragedy - the Titanic.

This yacht, which is the epitome of luxury, was featured in headlines around the world for legal reasons. But, nevertheless, it is a real luxury that can be seen on a yacht. Its owner is Anil Ambani, and the ship was meant for his wife and also dubbed the Rolls Royce of water, due to its phenomenal decor and design. In fact, this yacht is named Tian, by merging the first two letters of the name Anil Ambani and his wife Tina. The benefits that you can expect on this board are a formal dining room in classic style, five cabins with private bathrooms and six impeccably decorated separate bathrooms.

Dr Vijay Mallaya is renowned for its life style and luxury toys, and Indian Empress yacht is just one of them. This water giant is about 100 feet long and it represents a number of luxurious amenities like Jacuzzis, jet skis and sophisticated equipment for water sports. Also, there is a sophisticated dining area, sunbathing area, satellite TV and Wi-Fi internet. Engines of this yacht give her the option of maximum acceleration of 24 knots, and their capacity is 15,000 HP. This yacht can often be seen in the Mediterranean Sea and the Indian Ocean.