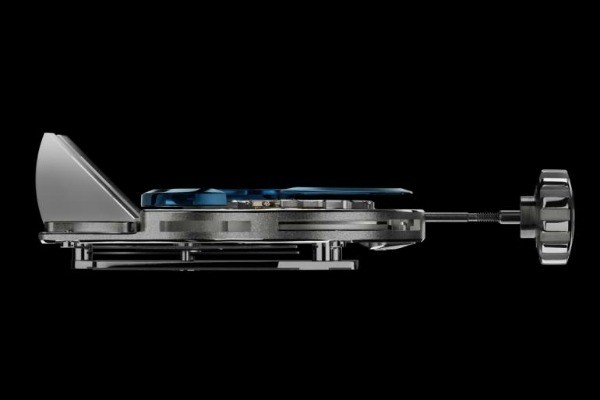 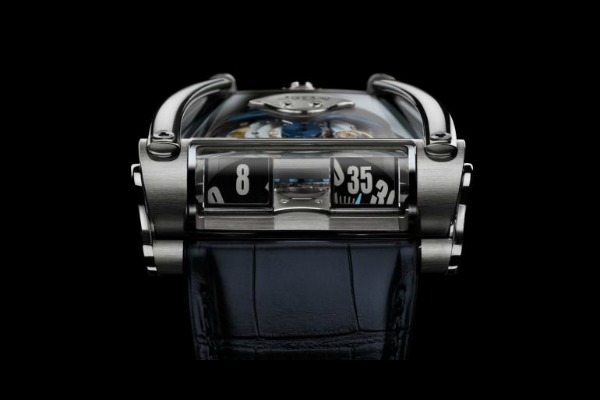 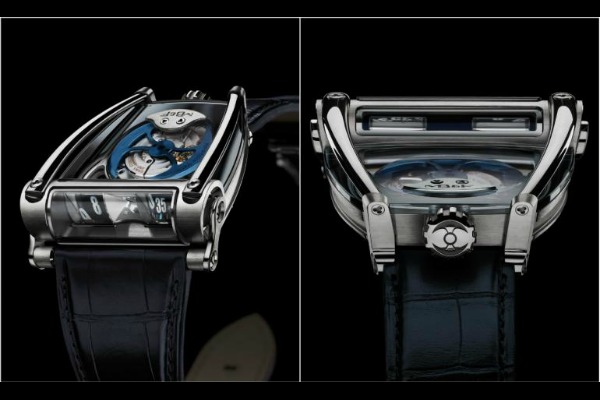 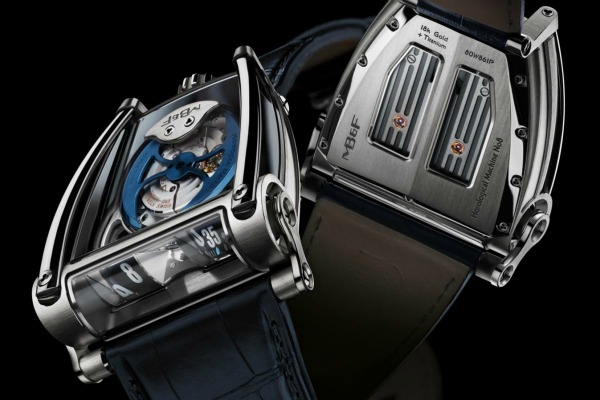 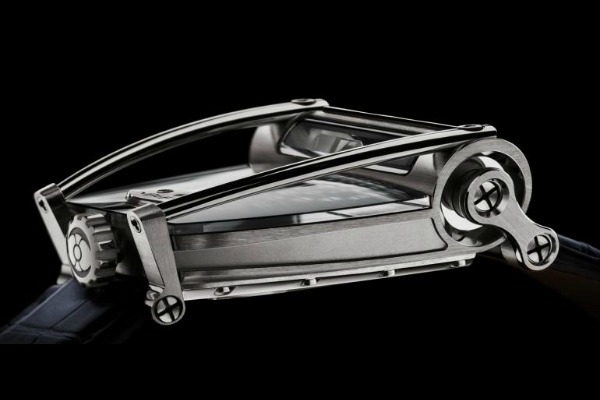 After they, for the second time, thrilled us with their robo-watch, MB & F brand again speeds up our pulse with their new edition - Horological Machine No.8...

This model has an angular shape and displays in the form of optical prisms, which we could see in previous editions, such as HM5 and HMX, and there is also the famous "battle ax" winding rotor, that was the center of attention on HM3 model, the most popular edition of the brand to this day. HM8 uses all these elements, and the overall design was inspired by racing cars. This watch is particularly inspired by the Canadian-American Challenge Cup Can-Am, which was a series of sports races, which lasted from 1966 to 1987.

"Engine" that drives HM8 model is a two-way module indication, which is based on the Girard-Perregaux mechanism. This mechanism is upside down, so that the winding rotor can be placed on top of it and modified that would drive prism module indicators. Final details of the mechanism are first class, which was necessary because it can be seen in its entirety from the top of the watch, which has a reserve of energy for a period of 42 hours.

A mechanism like this had to get incredible body. The entire upper part of the case is made of a single piece of sapphire crystal, with the sections being metallized, to create a boundary of blue. This crystal, along with polished springs on both sides and time displays that create optical prisms, make this model really different.

The founder of the brand, Maximilian Busser, with whom we really fell in love during the previous period, believes the Horological Machine N ° 8 could be the most amazing model created so far. "I believe that this is one of the most interesting designs we've ever created," he said.

This watch is available in three variants of white and red gold, while the straps are made of alligator leather in blue and brown, with appropriate buckles.