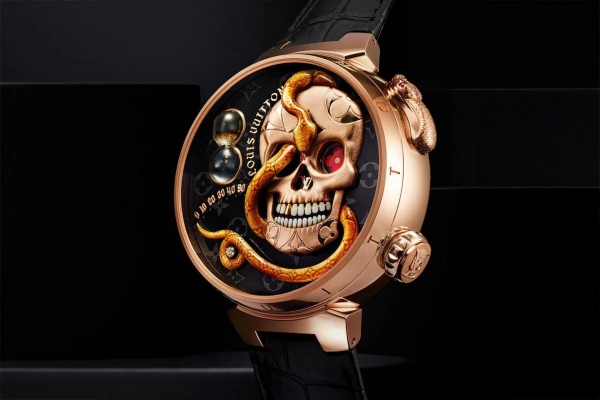 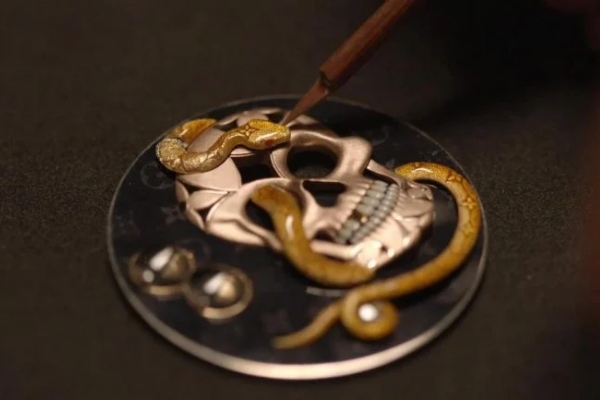 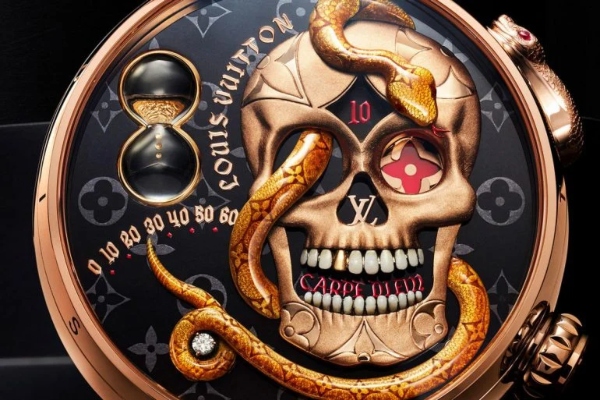 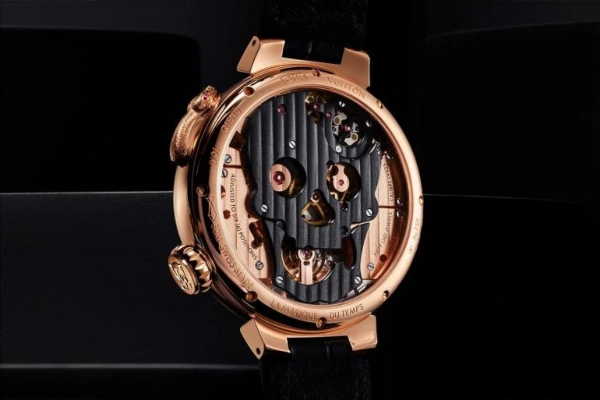 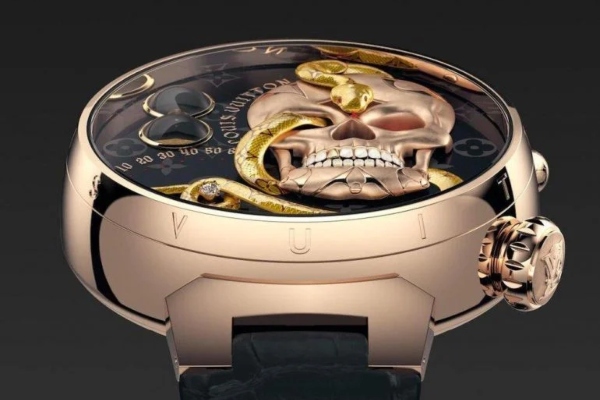 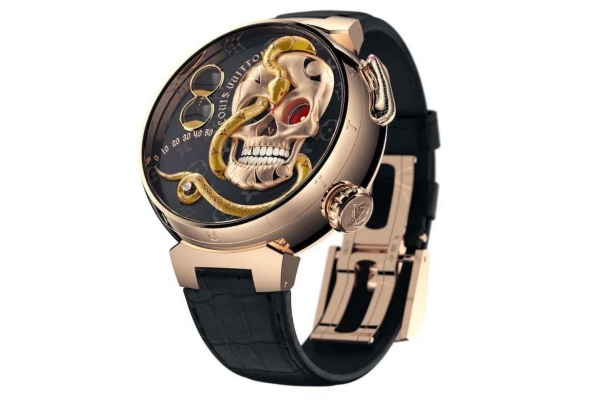 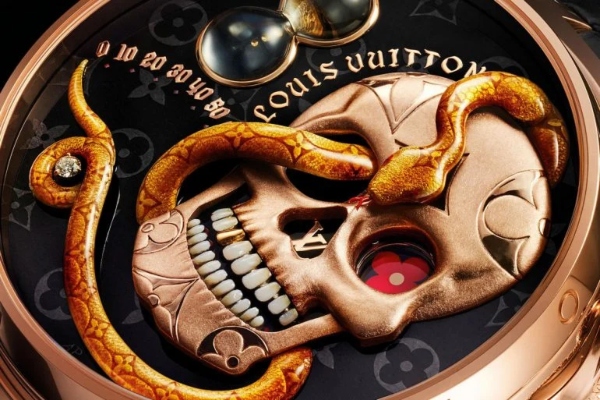 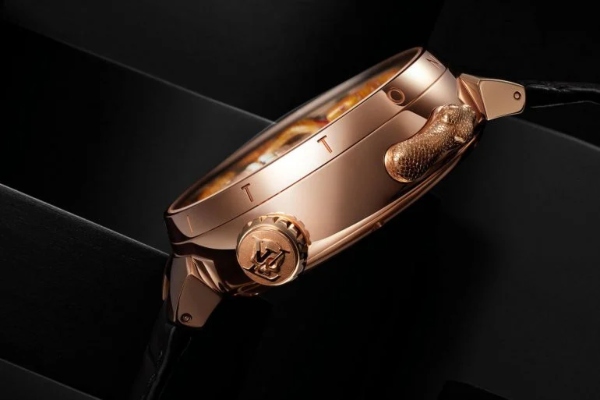 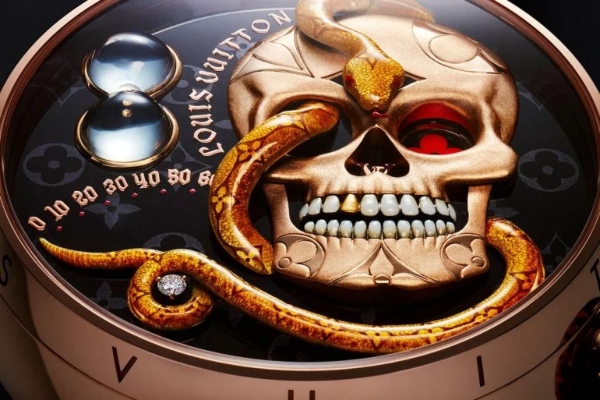 With automation used for clocks on church towers, this watch has been given a button that animates a dial decorated with a snake and a skull. Commenting on the masterpiece, Michel Navas, chief watchmaker at La Fabrique Du Temps Louis Vuitton, said: “Our goal was to deviate from the familiar path. We wanted to bring a dose of history into the twenty-first century, with all the energy and creativity for which our brand is known since it made its first step in the world of watchmaking in 2002. "

With four complications, the Carpe Diem watch got jumping hours, retrograde minutes, backup power display, and an automation mechanism. By pressing a button located on the side of the case, the reptile's head is raised and displays the correct time, while the clock display hole is located at the top of the skull, and the snake's tail oscillates towards the minutes.

Then, the jaw of the skull smiles, revealing a Carpe Diem print. The whole spectacle lasts 16 seconds, leaving the viewer speechless. On the back of the watch, we can see its mechanism, which is also created in the shape of a skull.

The enameled details of the watch were created as the work of Anita Porchet, while the engraving was signed by Dick Steenman.