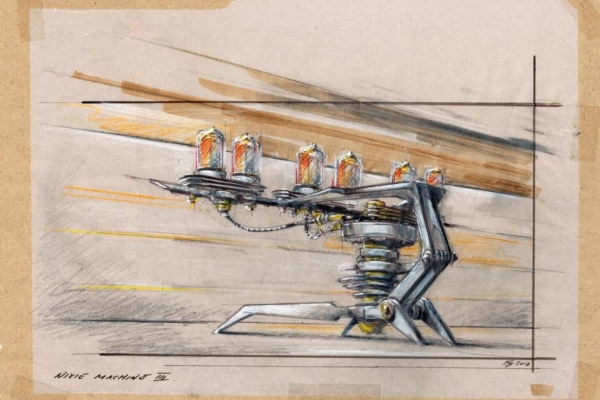 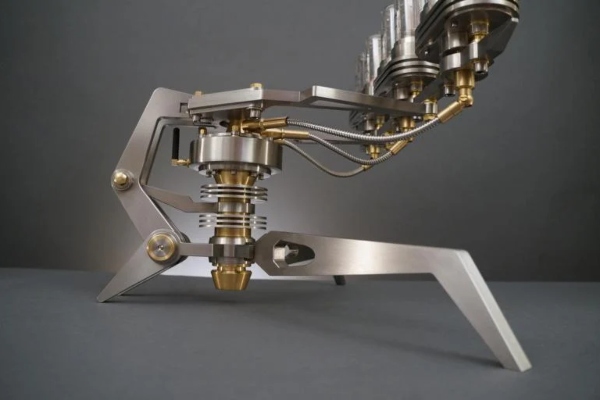 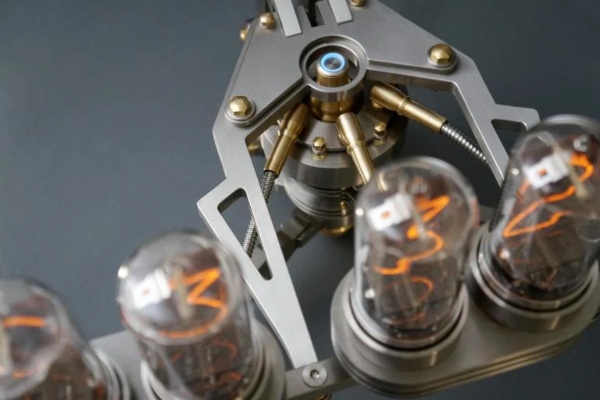 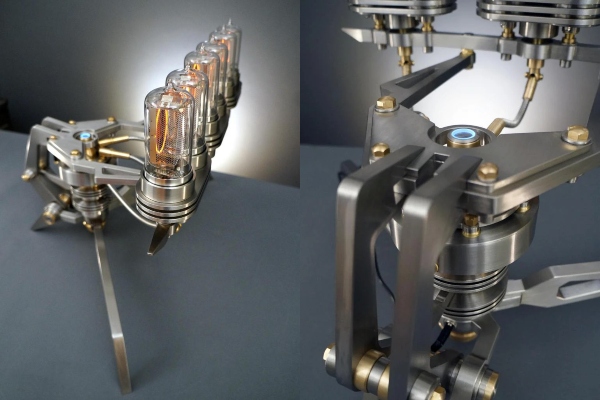 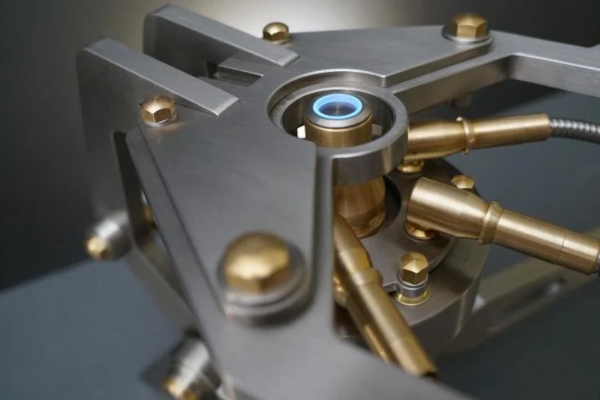 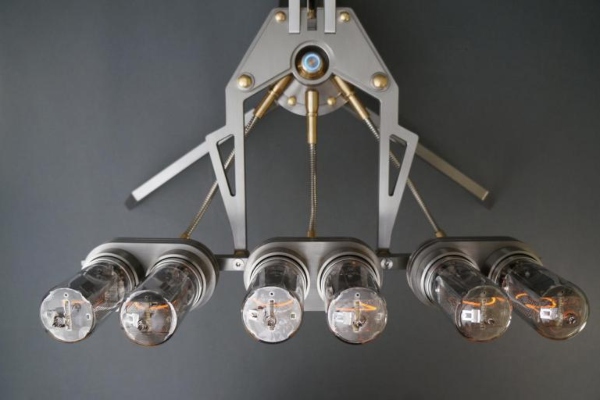 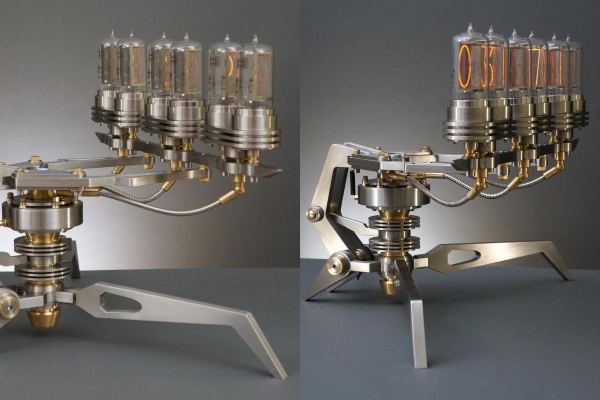 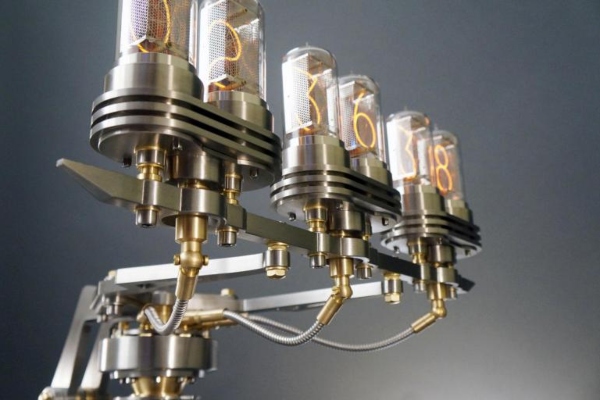 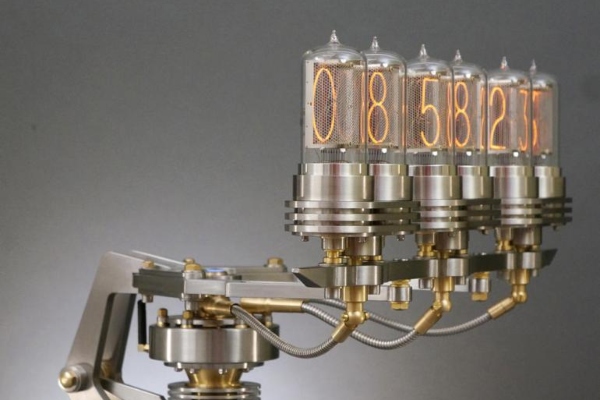 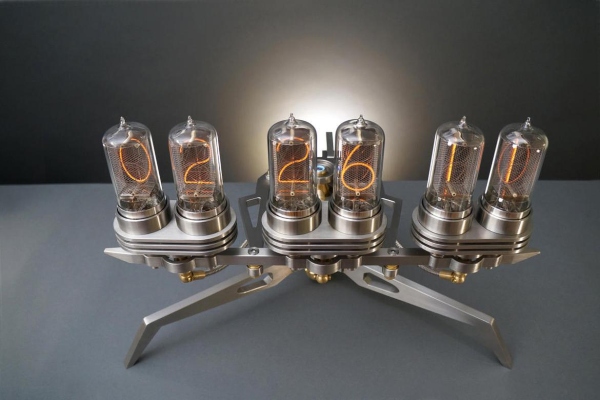 The watch brand MB&F presented the third and final Nixie Machine, created with the help of German designer Frank Bushwald…

The Nixie Machine III (NM3) follows the steps of the previous two iterations and uses an arrangement of six Nixie tubes, to form one of the most interesting clocks. In case you haven’t heard of Nixie (Numeric Indicator eXperimental No.1) tubes, these are gas-filled glass tubes, with mesh anodes and numerous cathodes, in the form of numbers and symbols. Before the creation of LEDs, Nixi tubes, or cold cathode ray monitors, were used for almost all digital readings. Although they have become obsolete technology, Nixie tubes with their interesting orange glow look really interesting, which is why their popularity has grown in the past few years.

NM3 looks like an evolution of its predecessor, NM2. It has only two small feet in the back and two larger ones in the front, while the Nixie tubes are arranged in a straight line, on a handle that looks like it bends in the front, giving the watch a scorpion look. Most of the components, including the legs, details and arms, are made of stainless steel, with numerous brass accents.

The NM3 also has a WiFi option, which allows connection to the internet, for online synchronization. The MB&F Nixie Machine III is limited to just 18 copies and costs around $ 35,000.

When TAG Heuer launched its third-generation luxury Connected watch in March of this year, the world took notice. And now, just in time for the holidays, the brand is releasing a n...

One of the most popular watch models of the famous Swiss brand Urwerk is Electro-Mechanical Control, or EMC, which is a hybrid mechanical-electronic circuit, presented in different...

The beat of hyper horology, the thrill of Lamborghini supercars: Roger Dubuis is at it again.

The new auction record was set by a limited edition watch, Simplicity, made by the independent Swiss watchmaker Philippe Dufour…

Bold but modern, powerful but sophisticated, the latest URWERK watch - UR-220 - follows in the footsteps of the iconic UR-210…

Although not as recognizable as the Speedmaster line, the Omega Constellation collection is one of the oldest and most desirable lines of this brand…

As the luxury watchmaker celebrates its 160th anniversary, the iconic TAG Heuer Carrera is relaunched with a range of sporty chronographs, that bring the collection back to its roo...

In doing what they to best, Goldstriker took something of quality and turned it into something magnificent…

Get your daily dose of greens: the best bags in the freshest shade