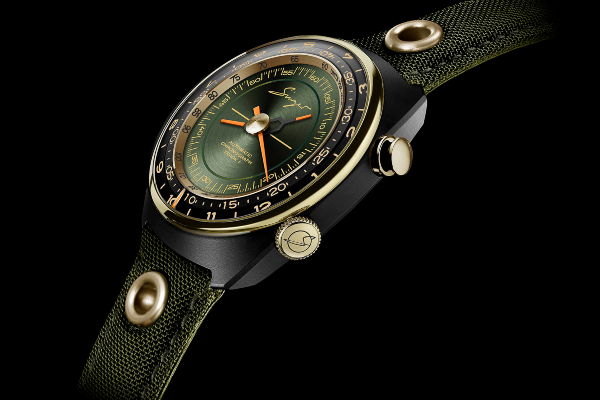 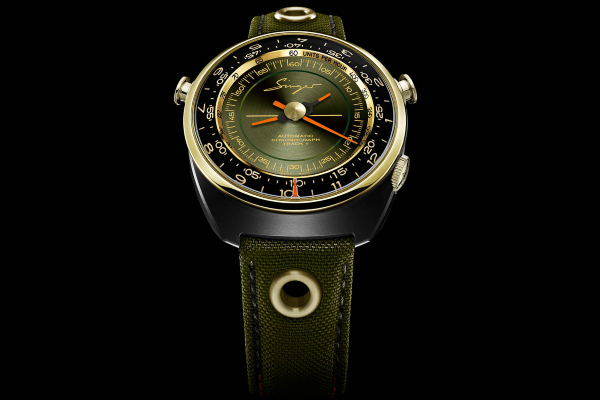 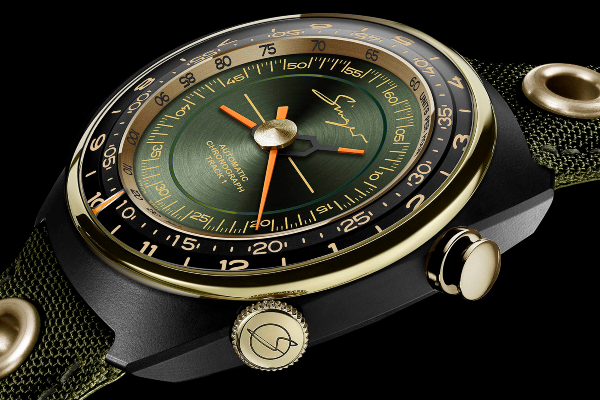 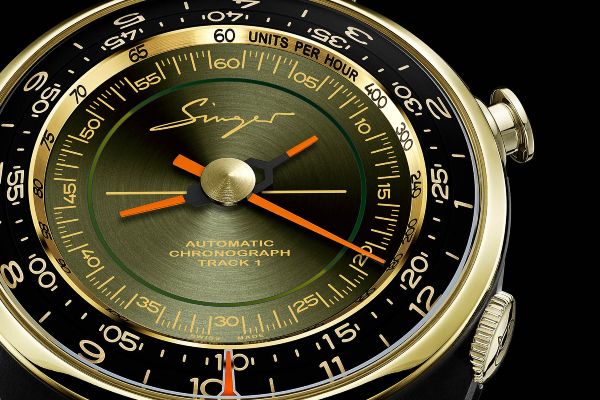 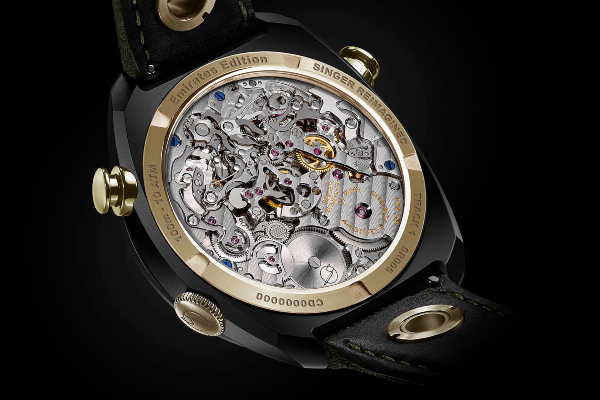 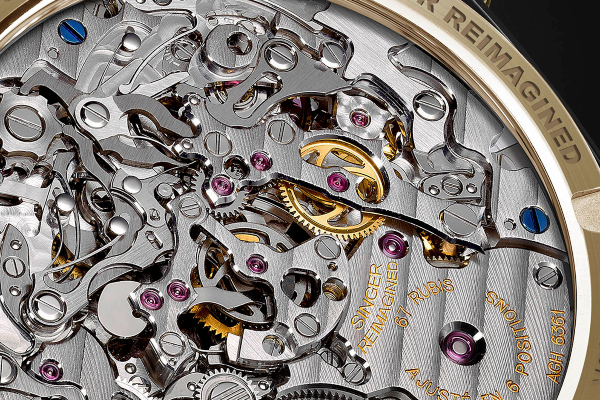 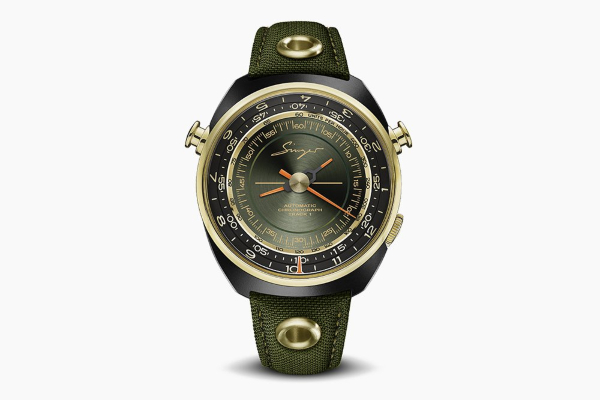 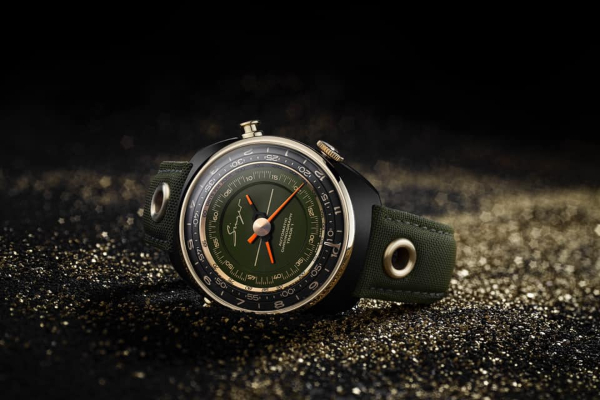 Singer Reimagined, a sister company of Singer Vehicle Design, the famous Californian brand that modifies the 964 series Porsche 911, made its debut two years ago with Track 1 - a watch with a retro case and an ingenious, modern mechanism.

The brand has since introduced several limited editions for key cities, including Geneva and Hong Kong. Now, to showcase themselves at the Dubai Watch Week event, they are launching Track 1 Emirates Edition, a smartly colored iteration with contrasting dial textures for more intuitive reading. Measuring 43 mm in diameter and 15 mm in height, this model has an aluminum housing lined with ceramics, which is created by exposing aluminum to the electro-plasma oxidation process, which creates a thin layer of ceramics on its surface.

The case thus received a solid scratch-resistant surface while remaining lightweight. In the same way, the bezel, pushers, crown, and back of the case are made of titanium coated with zirconium nitride, a solid ceramic that is pale golden in color. The dial contains black, concentric discs of hours and minutes on its periphery, with an olive green center and a gilded tachymeter scale, while the hands are orange.

In addition, the watch is mechanically identical to the standard versions. It is equipped with one of the most revolutionary chronograph mechanisms of recent times - AgenGraphe, which was developed by Agenhor, a celebrated complication specialist from Geneva, led by Jean-Marc Wiederrecht. With five construction patents, AgenGraphe is a cleverly engineered automatic mechanism, with a rotor hidden behind the dial.

A regular chronograph might have its mechanism above the powertrain, but AgenGraphe has double springs and interesting elements. Limited to just 25 units worldwide, this watch will cost you $ 50,470.