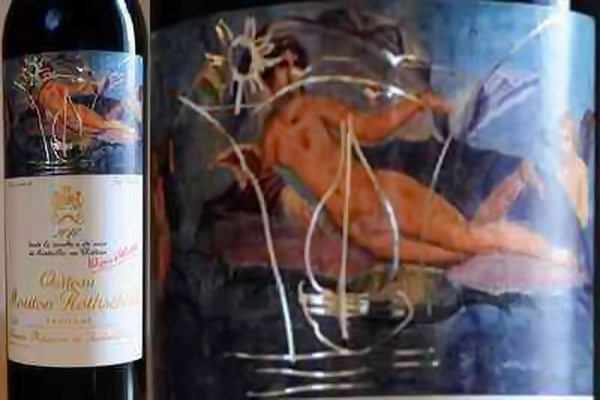 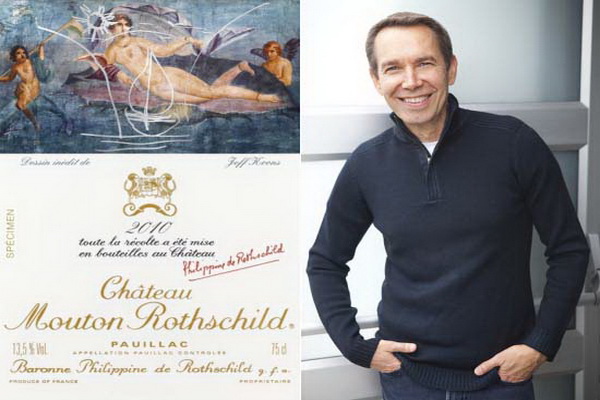 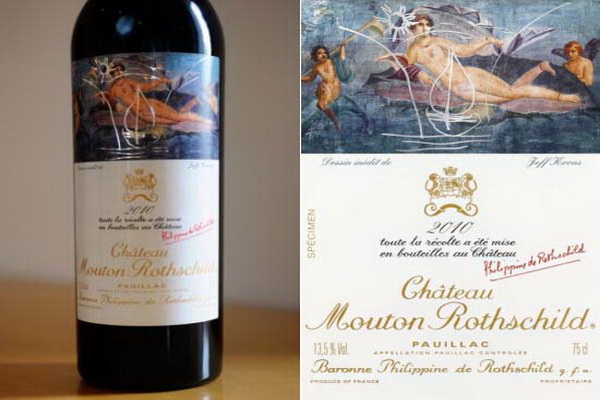 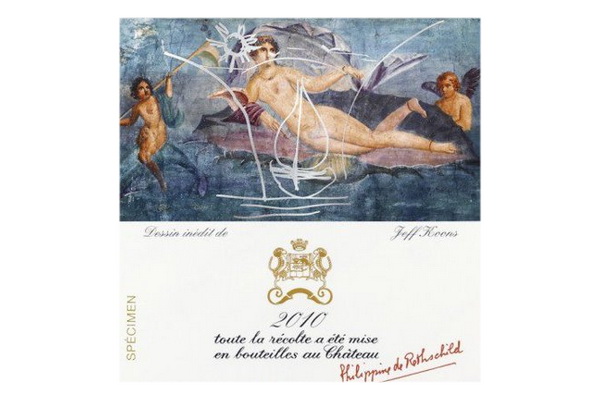 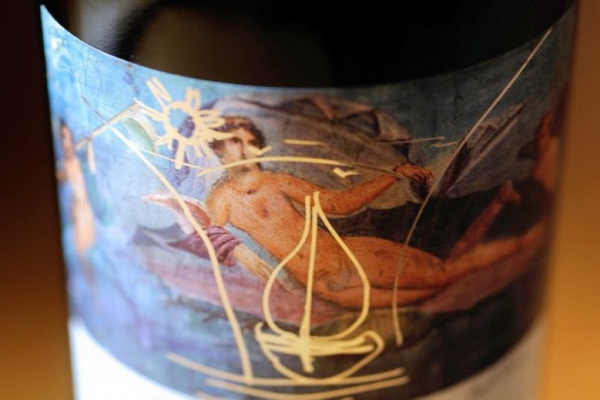 Jeff Koons has become the latest in a long line of artists to produce a label for the equally celebrated wine of Chateau Mouton Rothschild.

The elite Bordeaux estate has, every year since 1945, commissioned an original work to adorn its bottles and Koons has been accorded the honour for the latest release. For his label, the contemporary American artist opted to return to antiquity, drawing inspiration from a Pompeii fresco depicting the birth of Venus.

Mouton Rothschild’s tradition of artist-designed labels began with a one-off production for the 1924 vintage and became a regular feature from 1945. The artists, who are paid with cases of the estate’s highly-prized produce, have included the likes of Jean Cocteau, Salvador Dali, Pablo Picasso and Andy Warhol.

Not all of them have been established figures in the art world: the outstanding 1982 vintage was adorned by a label produced by the film director John Huston while Britain’s Prince Charles provided a design for the 2004 edition. The bottles which bear Koons’ design have already all been sold to suppliers around the world and will retail at a price of €800 and upwards.