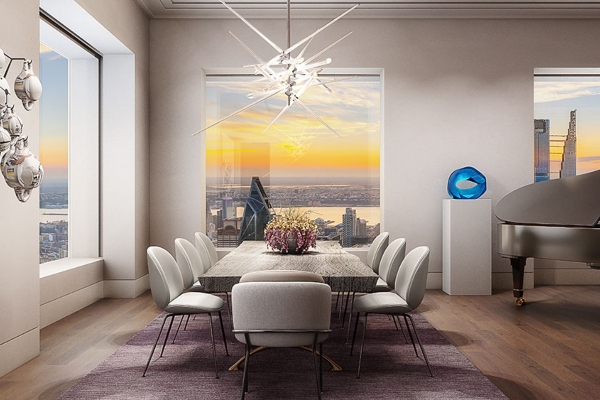 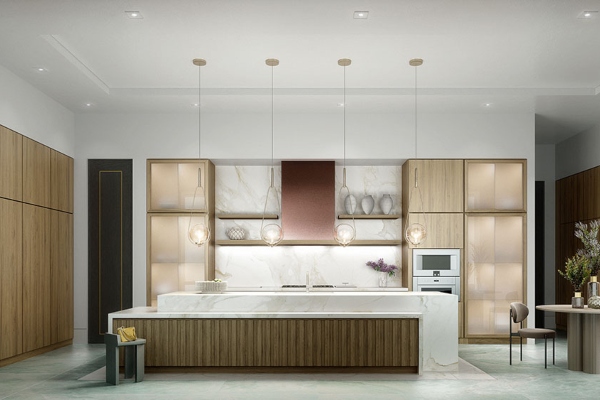 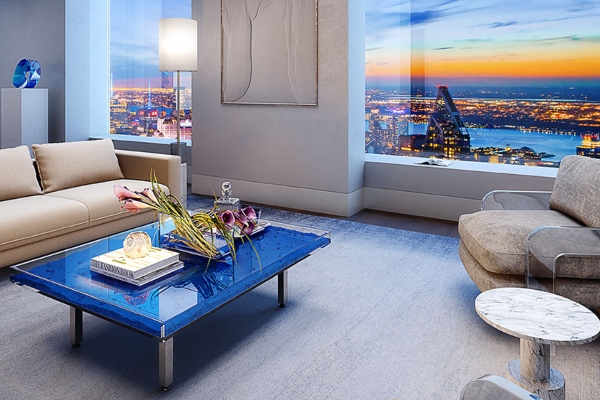 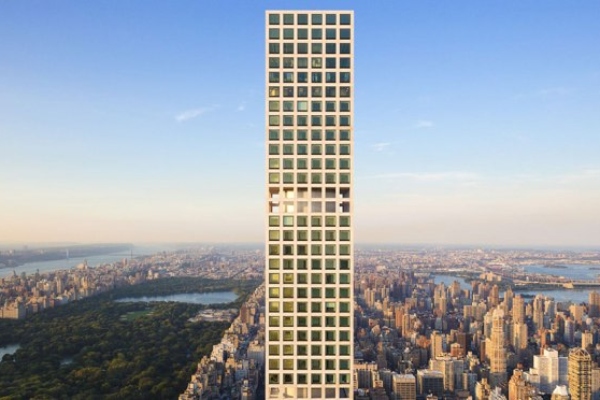 The design of this building was inspired by a garbage can, although it was created as a work of architect and designer, Joseph Hoffman. The entrepreneur who worked on this project, pasted a 12-meter high poster of his new wife on one side of the building, in order to take revenge on his ex. However, from now on, the building designed by Rafael Vignoli, became the fifth tallest in New York and the third tallest residential tower in the whole world. The penthouse units that are located here are really high, and our attention was drawn to the residence that occupies the entire eighty-second floor.

With 800 square meters, this penthouse contains five bedrooms and six bathrooms - two primary and four intended for guests, with two toilets. Also, part of the space plan are two offices, a media room, a kitchen with a dining area and a large living room. The apartment is located at a height of 335 meters above the ground, so it offers one of the best views of the city panorama.

Tenants of this penthouse will have access to a private restaurant led by Sean Hergat, a chef crowned with Michelin Stars, located on the 12th floor, among many other amenities, such as a fitness center with professional trainers, spa area with sauna, room for massages and a pool, as well as a team of concierges, who will help them with whatever they need - from private shopping sessions to the restoration of works of art.

By the way, Jennifer Lopez and Alex Rodriguez used to live in this building, although they sold their apartment for 17.5 million dollars, just a year after the purchase. The price of the penthouse we have described is revealed only to those who are assessed as serious buyers.