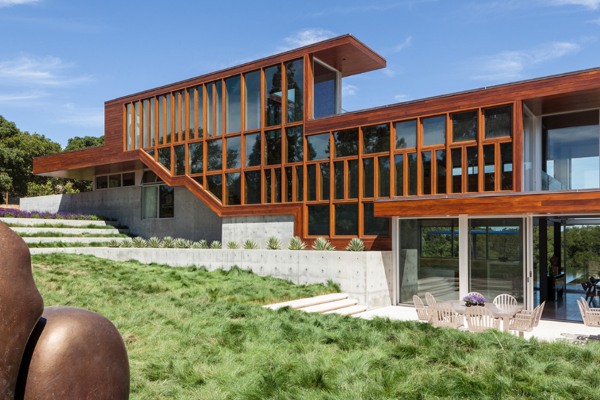 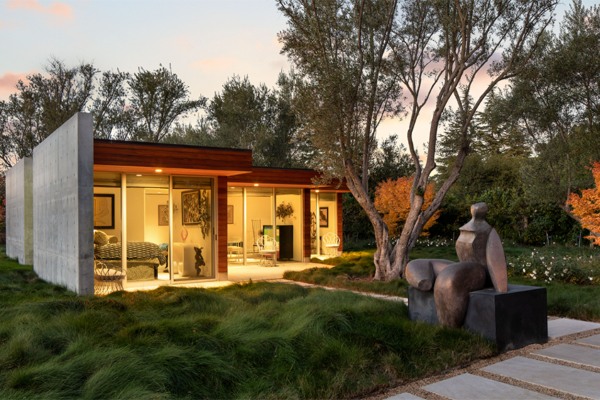 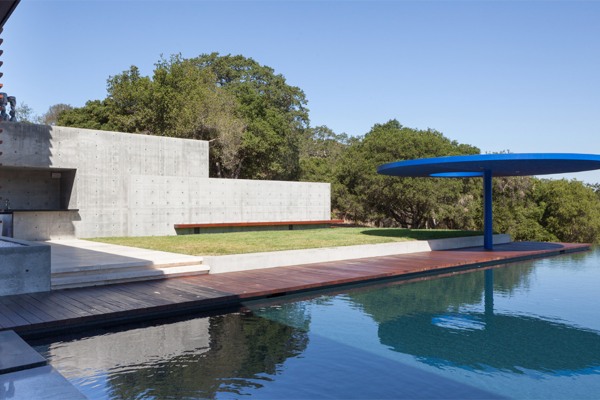 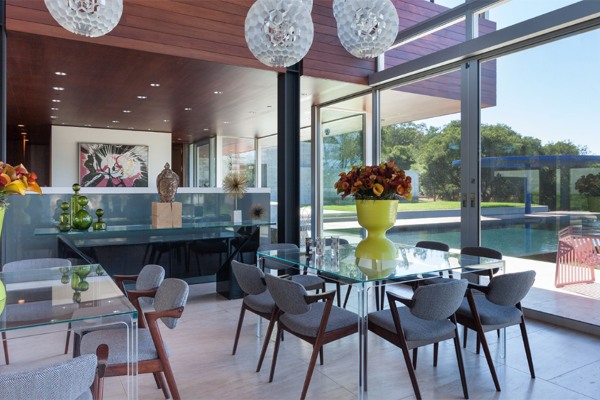 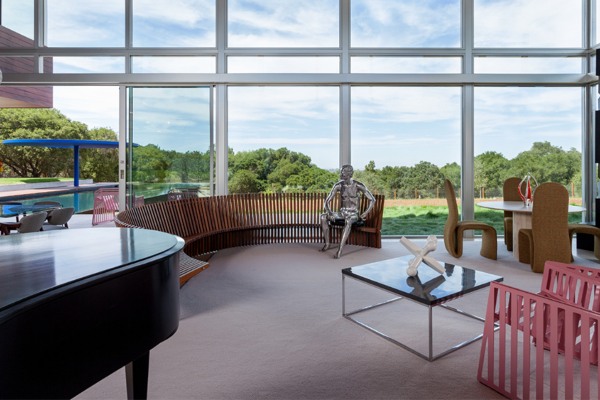 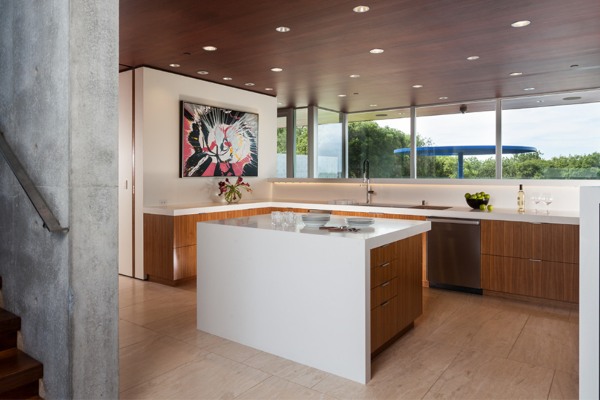 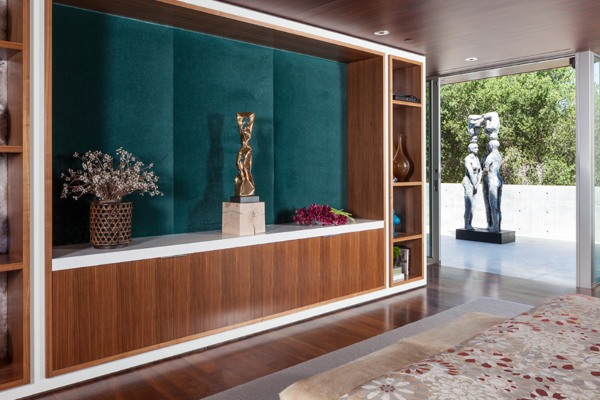 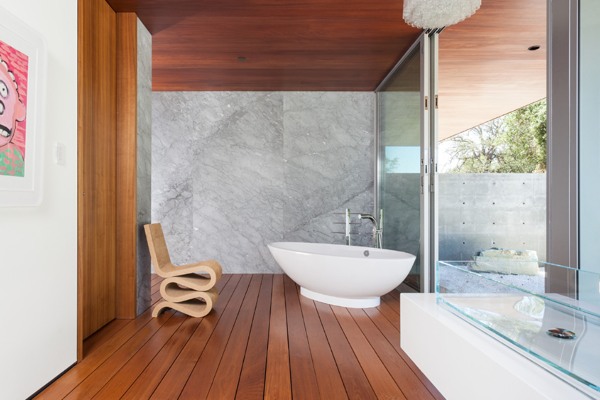 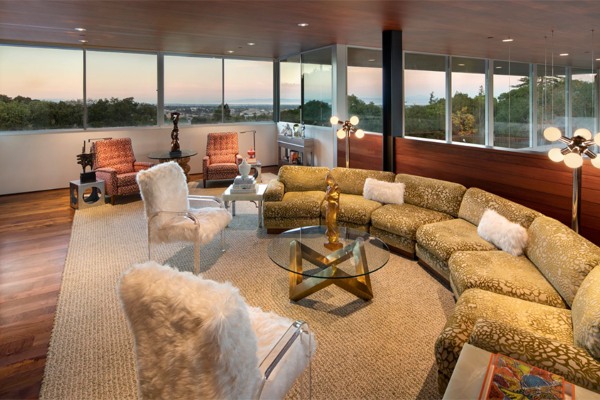 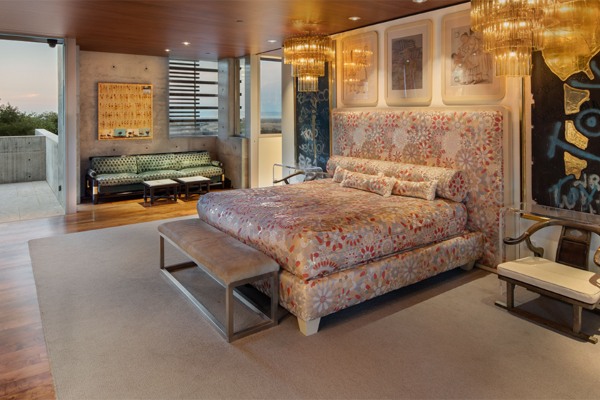 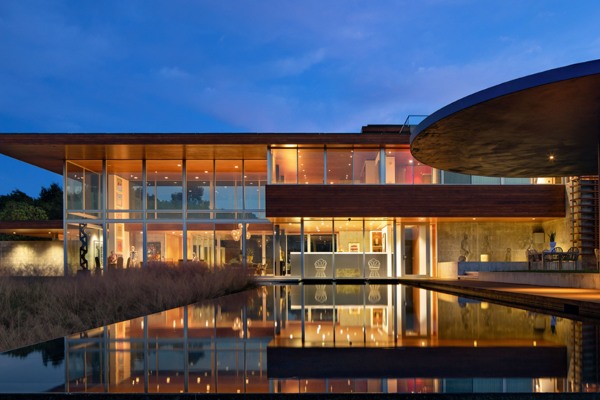 However, the buyer of this spectacular glass, wooden and concrete architectural work in Silicon Valley should have no problems, because his new house is equipped in advance with an eclectic collection of modern works of art.

The collection, which comes as part of an amazing, luxurious interior, includes a specially designed corner bench by Astral artist Thomas Moser, as well as a pink armchair by Richard Schultz, located opposite it. On the walls throughout this home are colorful paintings by American pop artist Donald Bechler, making up a set of six limited edition copies.

Almost every single room of this home of 744 m2 is full of amazing pieces of art. On the floors, it is possible to notice beautiful sculptures, including three bronze works by Robert Holmes, in charge of adding interesting metal impurities to the entire decor.

Ms. Vidalakis, a private psychologist and the daughter of the owner, the creator of the idea of ​​this family home, philanthropist Niko Vidalakis, started building her dream house back in 2008. According to the data, the entire property was paid about 3.7 million dollars and includes a plot of 3.7 hectares in the rich community of Portola Valley, not far from Stanford and Palo Alto.

During the search for perfection, the owner reviewed over two hundred architectural articles over an eighteen-month period, to finally decide to hire Robert Swat of the Emerville-based company Swatt / Miers Architects for her private project.

The entire project took almost seven years to complete, resulting in a stunning glass three-story modernist look, beautiful views of the Goldengate Bridge and the landscapes of San Francisco.

Swatt's bold design is structurally divided into two parts, with one wing of the house fully open with generous glass surfaces, opposite which is a partially closed rectangular unit, equipped with 57 windows and a beautiful mahogany facade.

The private gate of Ash Lane, in the exclusive Westridge community of Portola Valley, opens its wide doors to the gravel driveway, which continues to climb steeply towards the bright red entrance of this home. Behind the entrance hall there is an open-plan kitchen and dining area, with its high ceilings, a view of the 25-meter infinity pool and a cobalt blue construction, which in itself can be considered a unique work of art, composed of a one-piece circular segment mounted on a thin support pillar, in charge of creating shade during the hot summer days.

Vertical wooden steps made of California walnut lead to the second and third floors of the house. The roof part accommodates the owner's bedroom, equipped with a specially designed bed and headboard, set with Missoni silk of modern patterns, as well as several Murano glass chandeliers.

Very determined to keep her guests separate from her personal private space, Vidalakis added a separate one-bedroom apartment and an office space above the garage enough for two cars. Additionally, next to the access road there is a detached, fully equipped two-bedroom villa intended for visitors. The beautiful family home in Silicon Valley was recently put on the real estate market with a price of 33 million dollars, while broker Michael Dreyfus, from the company Golden Gate Sotheby’s International Realty, is in charge of the entire sale process.