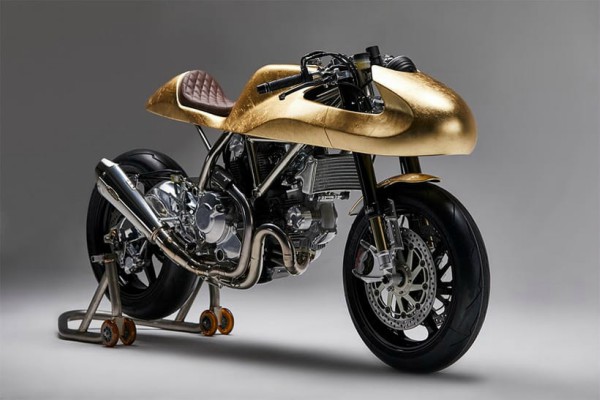 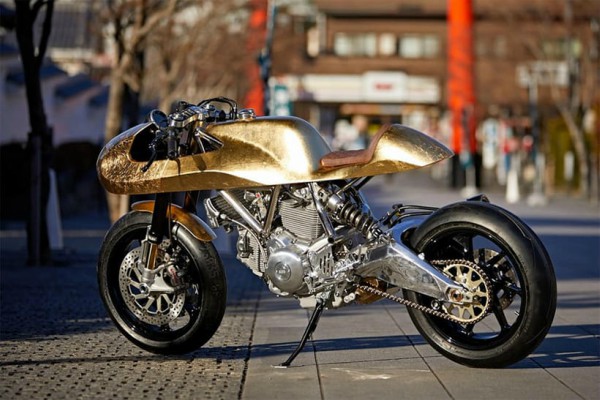 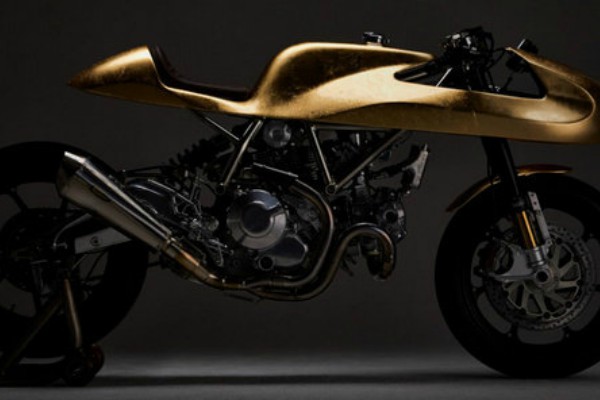 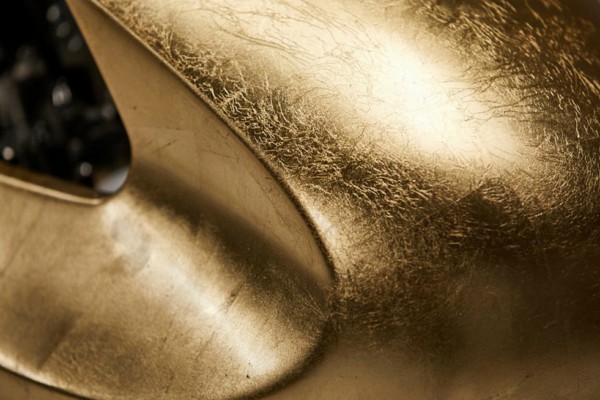 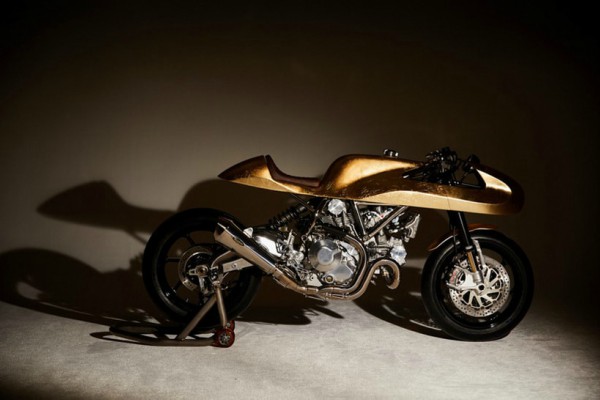 As you can imagine, a number of interesting designs have reached the second edition. However, one of them is definitely extraordinary and it is a beauty called Aellambler. Created by Masaharu-San, the main master of the Aella Japan company, this interesting concept is focused on the incredible body of the motorcycle, which was improved by King Midas’s touch. The delicate curves of this bike are designed using 3D modeling techniques, and they are beautifully contrasting due to hand laid golden leaves in the form of final details.

From the technical level, this motorcycle has also been improved. The L-twin engine was treated and received some modifications, including the replacement of electronic injection with a pair of 39 mm FCR carburetors, as well as machined intakes. Masaharu-San documented the whole process of constructing this model on his site, in Japanese.

If you want to make a strong impression wherever you go on two wheels, driving this golden bike around the city is definitely one way to permanently stay in the memories of all passers-by. However, we believe that this beautiful creation is better off in a museum or a private collection. There was no word on the price of bike, and we hope that we will be able to announce at least the approximate figure soon.