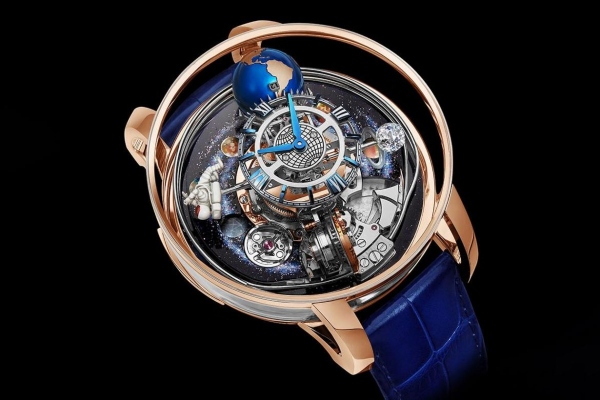 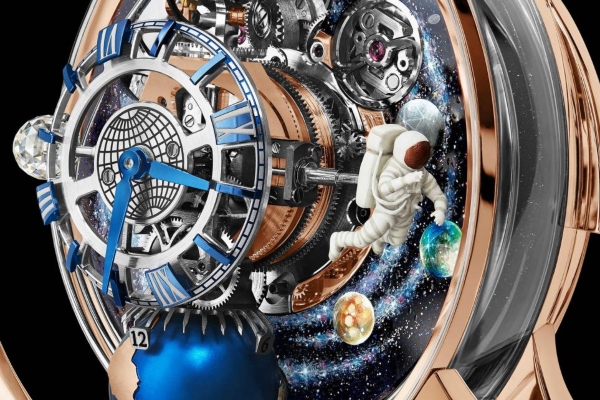 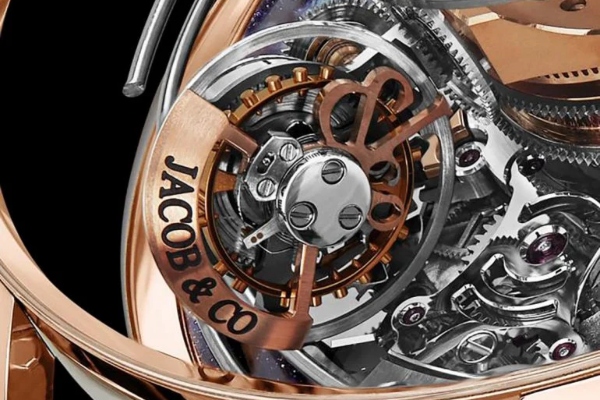 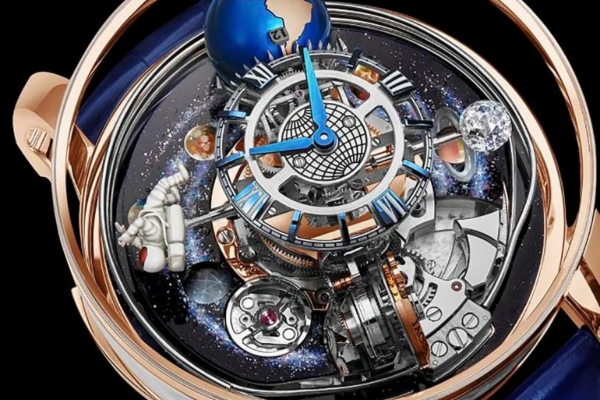 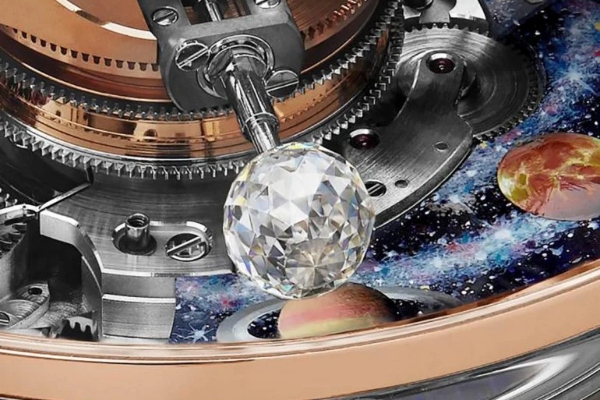 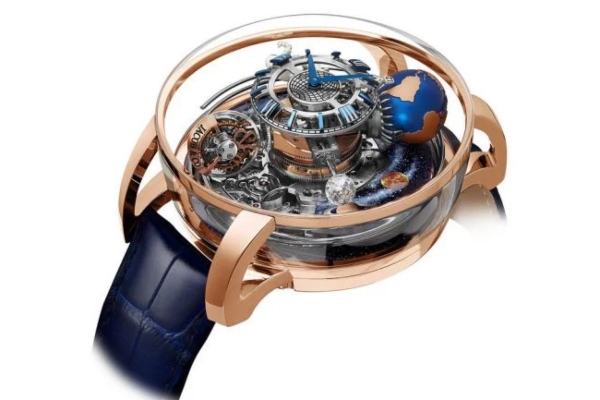 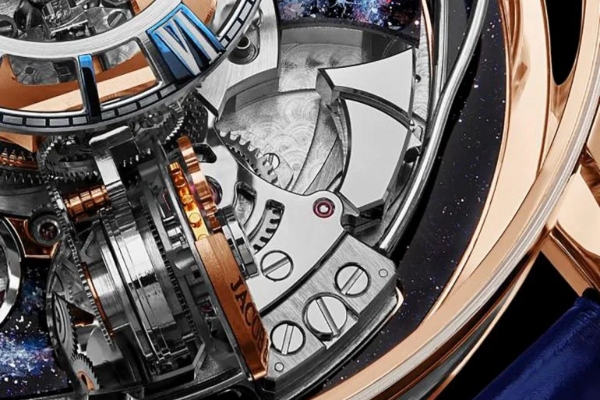 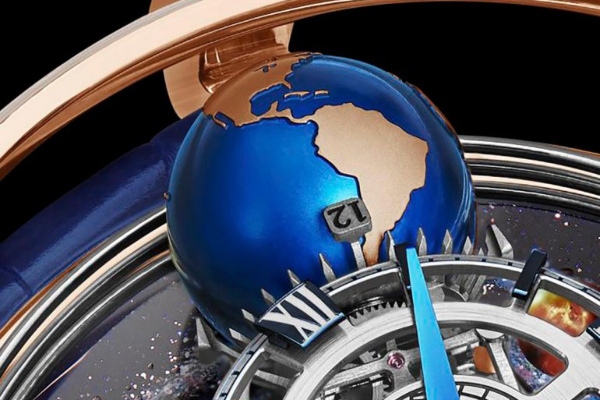 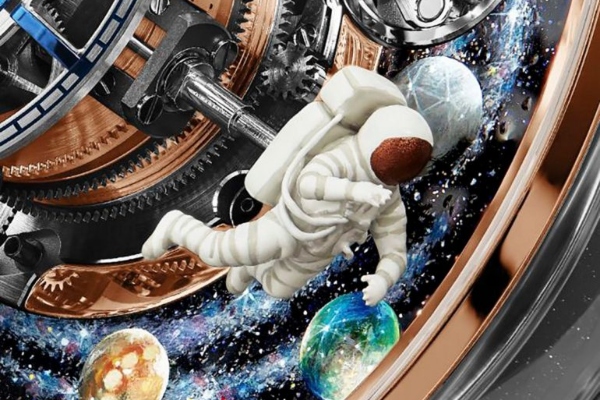 The new limited edition Jacob & Co Astronomia Maestro Worldtime received all the famous elements that define the collection, along with two additions - a world time complication and a Carillon minute repeater. Described as one of the most complex versions of the Astronomia model this Haute Horlogerie brand has ever created, the new watch pushes the boundaries of chorological engineering and fabrication.

Starting with a massive, three-dimensional case that hides intriguing details that move it, this watch measures 50 mm in width, or 26 mm in thickness. The skeletonized construction of the 18-carat rose gold case is designed to accentuate the beauty of the mechanism and other components. Due to the non-traditional design of the case, which is basically a cylindrical sapphire box with a gold chassis, the model did not get a standard crown. Instead, the clock winding and adjusting mechanism is located on the back of the case.

The skeletonized dial of this model represents a horological dance of various components in an incredible edition. Unlike previous Astronomy watches, the lowest iteration got a main dial located in the very centre of the model, for easier readability, while previous models had dials that found their place on orbital elements. The domed dial received contrasting blue Alpha hands, as well as an engraved strip with Chemin-de-Fer minutes and engraved Arabic numerals.

The watch also received the famous Jacob & Co single-carat spherical diamond that rotates on its axis every ninety seconds, along with a triple-axis tourbillon, which is decorated in its cage with the Jacob & Co emblem in rose gold. Also, there is a detailed orbital figure of an astronaut that is painted in silver. The main accent of the new Astronomy model is its orbital complication of world time. The large pink gold globe rotates around its axis every twenty-four hours, representing the time in each time zone with the help of a fixed set of indicators that find their place at the South Pole.

The watch is powered by a JCFM11A hand-wound tourbillion mechanism with a minute repeater, which offers a power reserve of fifty hours and is just as attractive as the watch itself, paired with a classic navy blue leather strap and a rose gold clasp. The Jacob & Co brand said it would produce only 18 such models, with the price of each being $ 780,000.