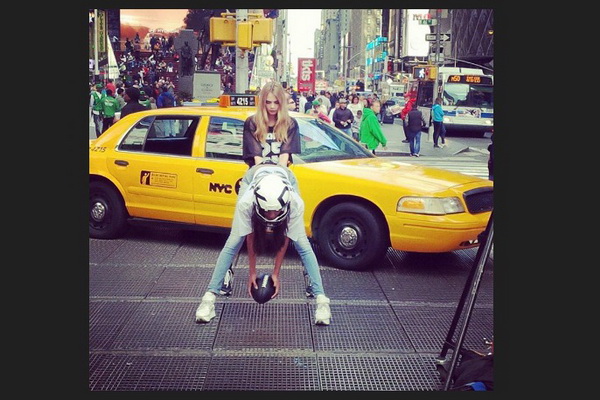 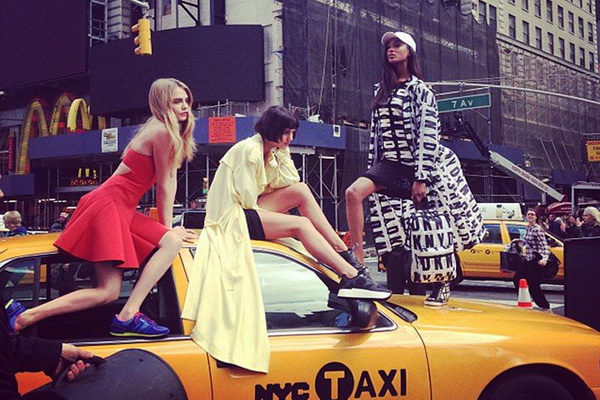 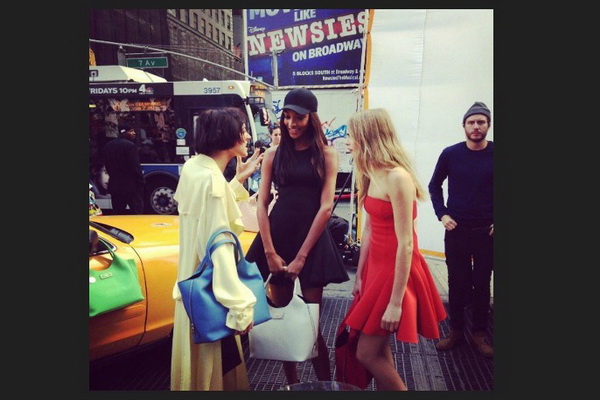 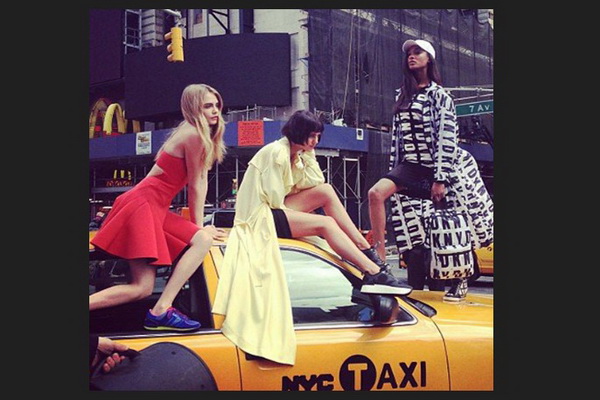 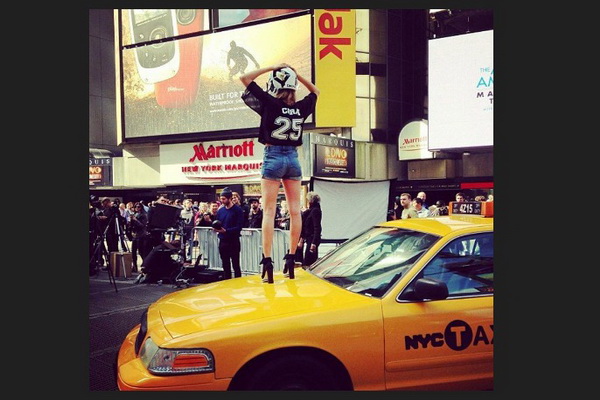 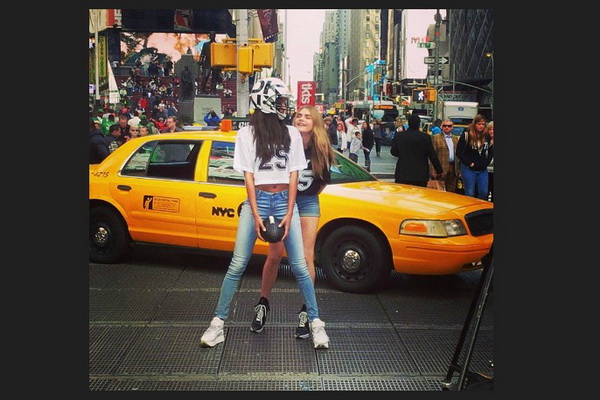 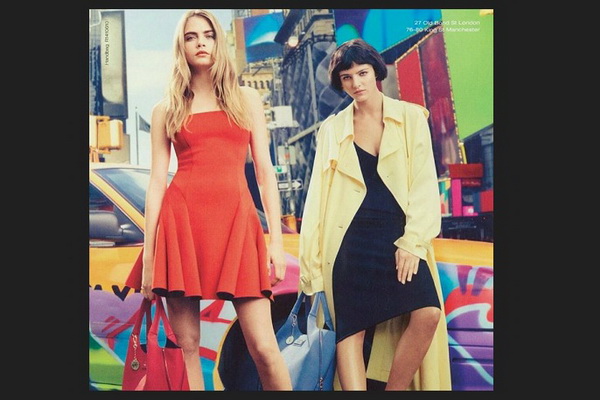 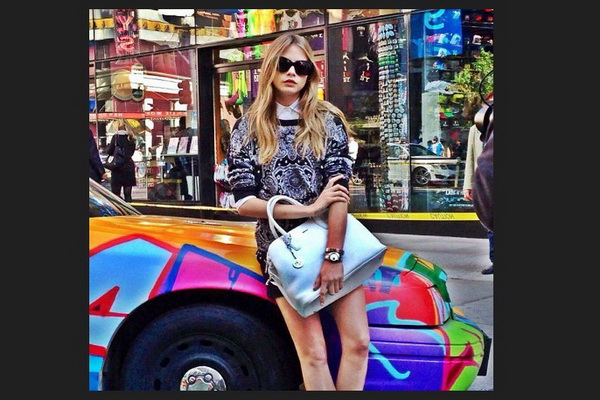 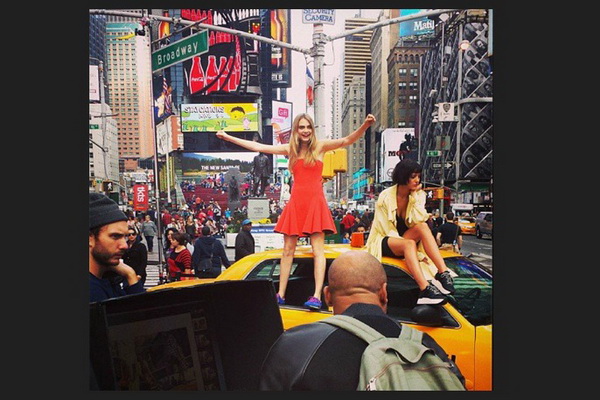 British “It” girl Cara Delevingne is everywhere in 2014. First there was Mulberry, then YSLand now Cara is featured in the latest from DKNY.

Cara and Eliza Cummings both star in the first official image to be released of the new DKNY spring/summer 2014 campaign. Behind the scenes shots of the models shooting the campaign in New York’s Times Square appeared late last year.

Cara is always restless, stating “I want to make music, I want to act, I want to sing, I want to do something that doesn’t make my skin erupt.”