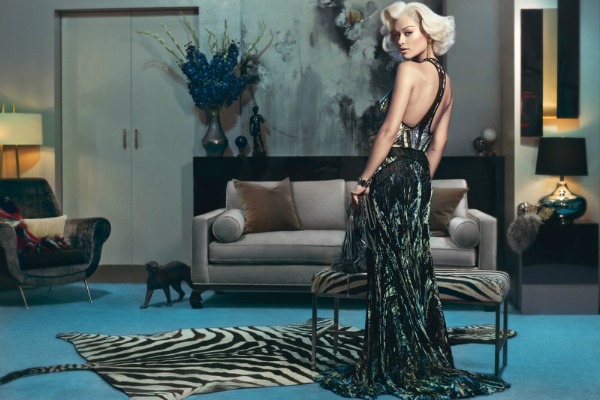 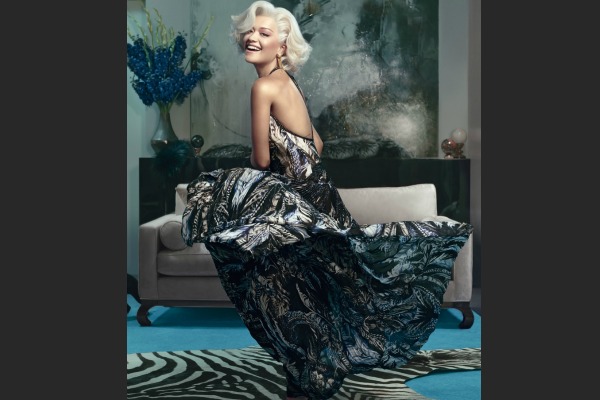 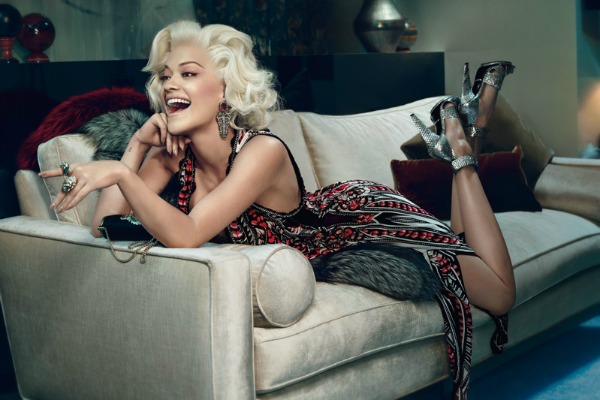 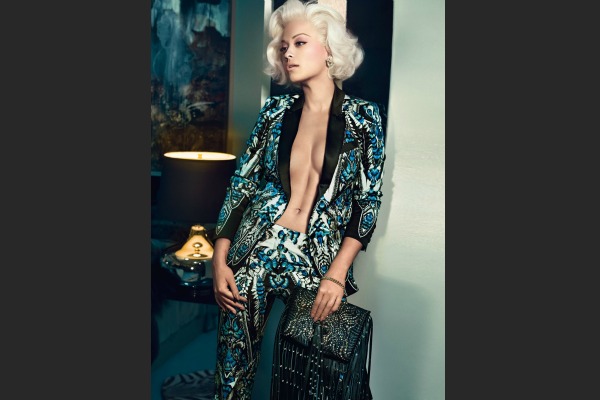 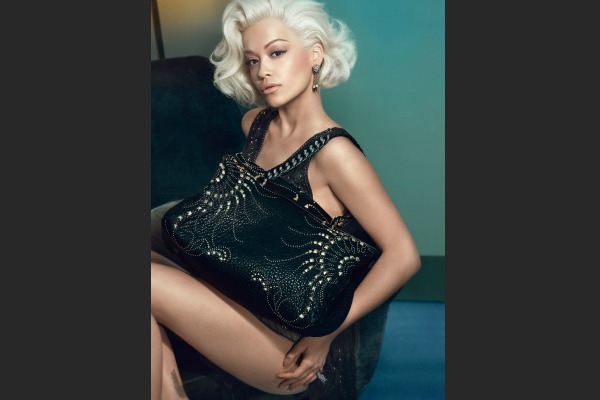 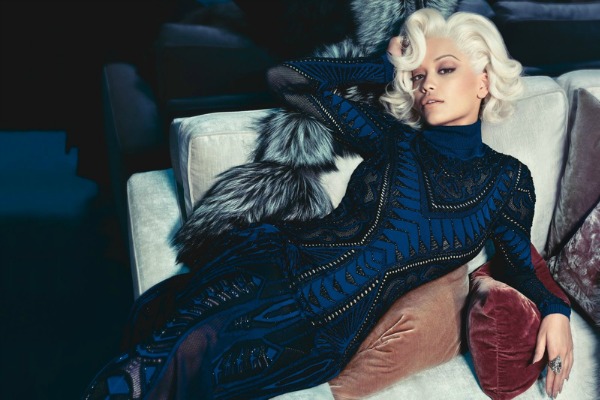 As was previously speculated, Rita Ora has landed the fall-winter 2014 campaign from Roberto Cavalli.

The singer channels Marilyn Monroe in the preview image. Francesco Carrozzini captured Rita in New York for the new advertisements. Rita has previously appeared in campaigns for Rimmel, Material Girl and DKNY.

The singer gives her best Marilyn Monroe impression with platinum blonde curls and a pouty lip. Rita looks absolutely sensuous as she poses in Cavalli’s colorful prints and models the new “Regina” bag. Francesco Carrozzini photographed the campaign while Eva Cavalli worked on art direction for the images shot on location in New York at Pier 59 Studios.