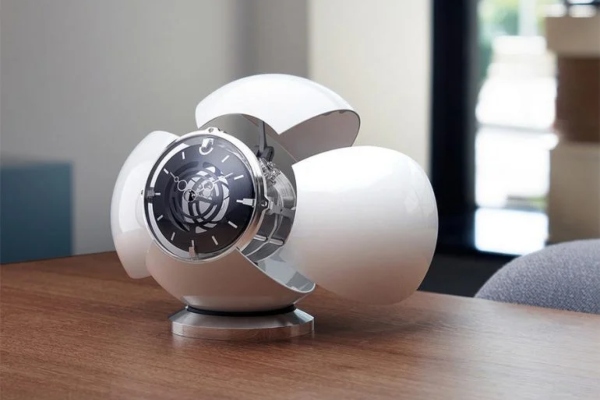 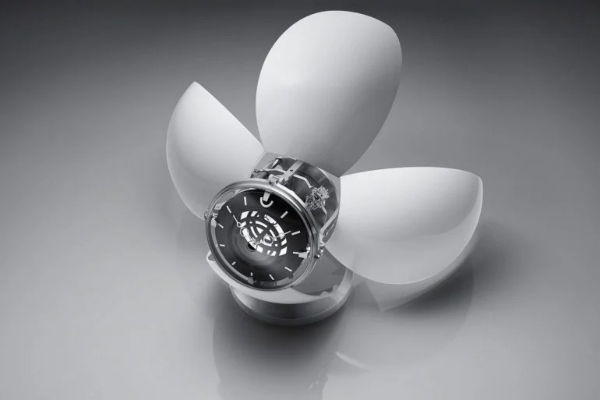 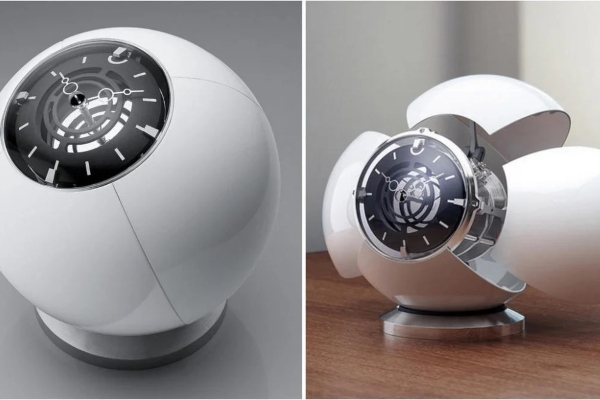 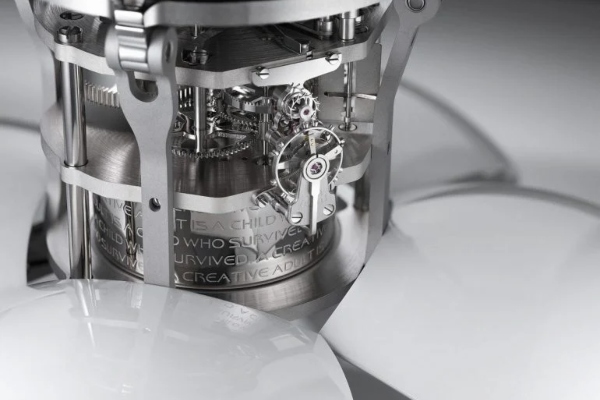 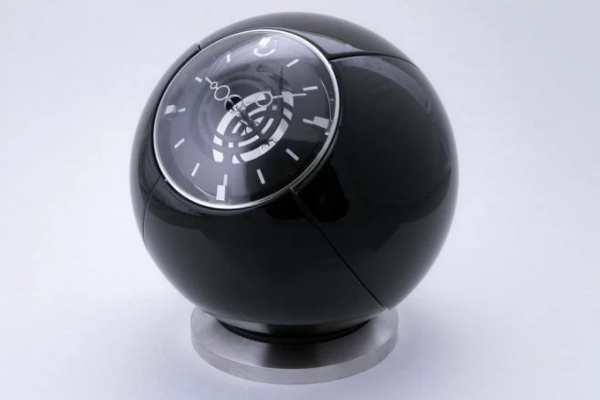 As the name of the watch itself says, this spherical creation is actually a piece of sophistication, lacking the drama and opulence we would expect from anything with an MB&F signature, until it opens. The central part of this watch consists of four elytra (protective covers of the beetle's wings), which open, giving it the possibility of occupying different positions. The metal base holds it in place, allowing us to use it open or closed, without fear of rolling or falling.

For maximum aesthetic impact and enjoyment of engineering, you should open all four elytra, to display it without a base, while its mechanism, which comes with the signature L’Epee 1839, has an energy reserve of eight days.

The mechanism displays the hours and rings them, but that sound can be turned off, repeated at your request, or turned on. Interestingly, the original design of this watch came from MB&F intern Maximilian Maertens, who now owns his own studio in Berlin, and has previously worked with this company to create the famous T-Rex and TriPod clocks.

Drake owns an ultra-rare Mercedes-Maybach G650 Landaulet, sleeps on a mattress that costs $ 400,000, swims in a lake-sized pool and definitely enjoys his life…

Enjoy the smell of fall with the best scented candles

Embelish your interior with marble

Marble as a major trend in kitchens around the world

Bring spring into your interior with a new Veris chandelier

If you are looking forward to spring and longing for all the elements this season brings us, the Cerno Veris chandelier, with its shape that reminds us of petals, can present light...

A unique table lamp, with interesting technologies, aims to improve our environment in many ways…

When holiday lights come on in the city, window displays feature Santa Clauses and reindeers, it is clear to everyone: the holiday season is on the dock…