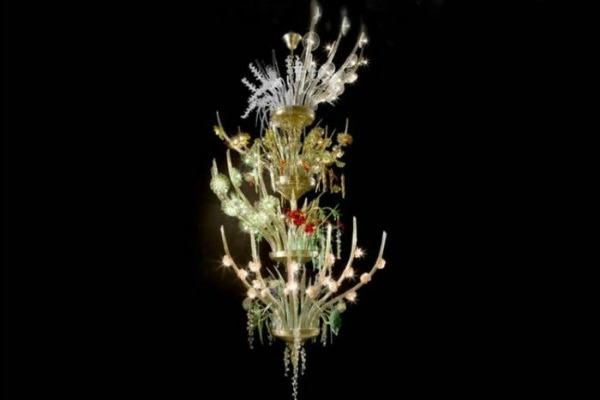 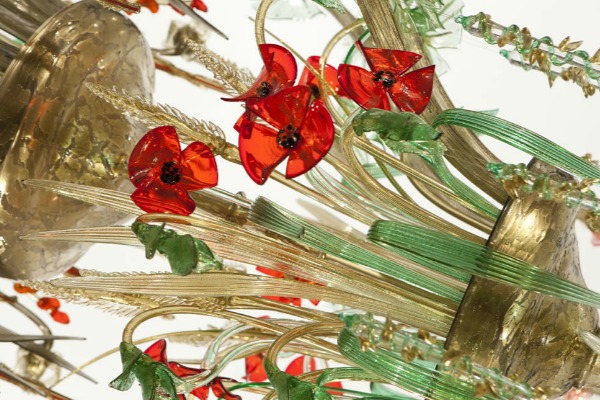 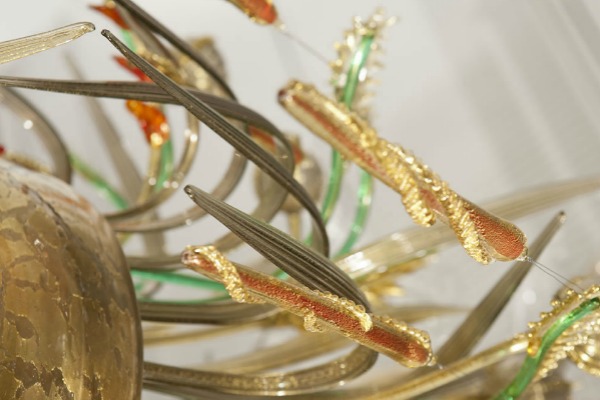 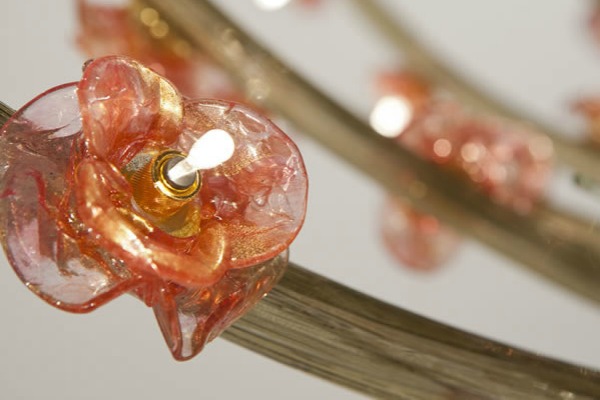 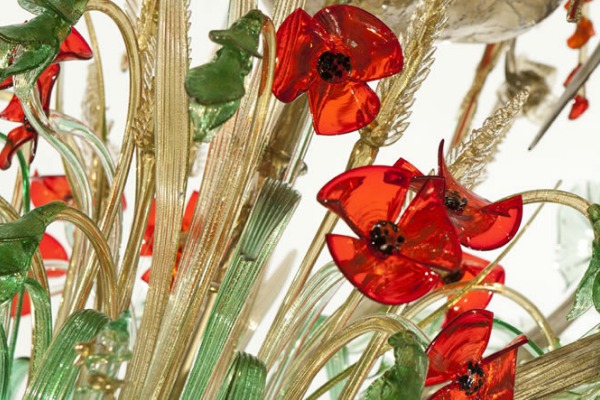 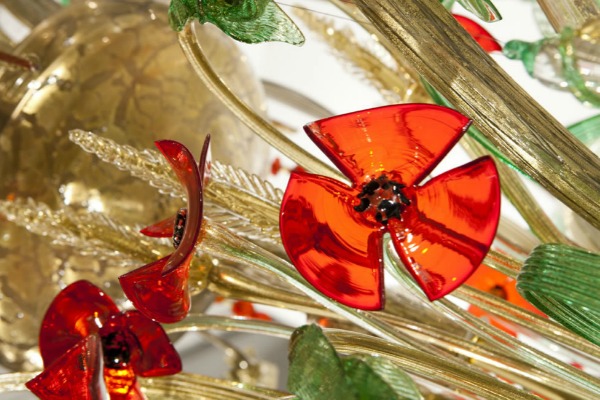 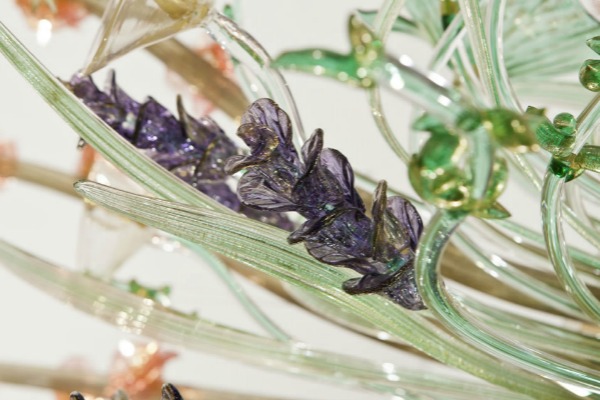 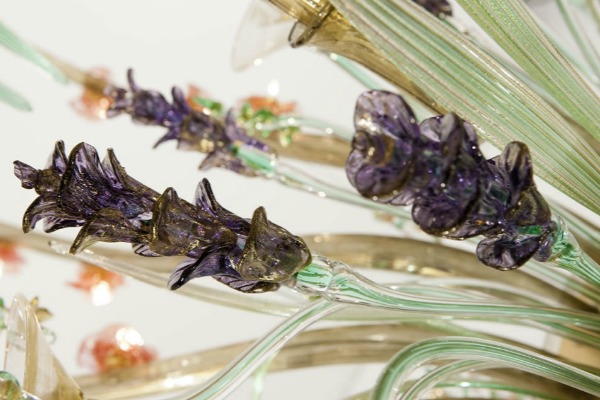 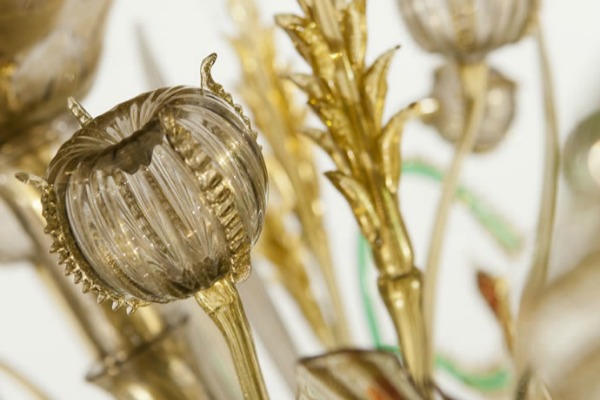 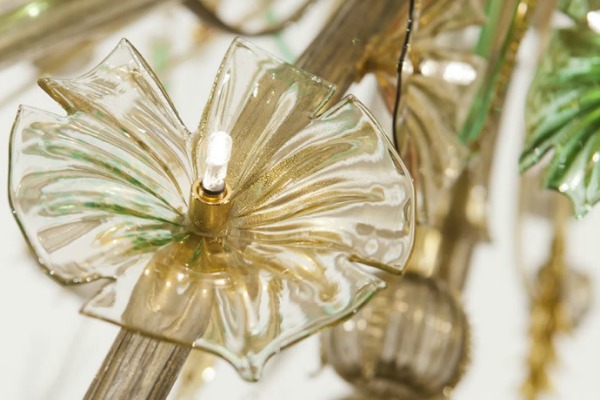 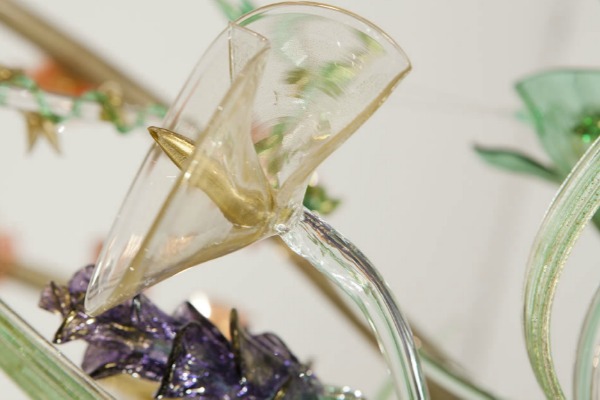 Creating special pieces, such as for example Levante chandelier, is the tradition of De Majo company...

This company is engaged in that, in order to encourage designers and craft masters to think differently and expand their imagination. The result of such thinking is the Quattro Stagioni, the first asymmetric chandelier in the world. This colorful chandelier is coated with 24-carat gold and has four levels, each of them representing one season and admiration for the beauty of nature changes.

This chandelier has four levels, as we have already said, is three meters high and weighs 140 kg. Each level has six arms, which can be equipped with three lamps and illuminated for a total of 72 points. Quattro Stagioni chandelier is made of 370 Murano crystal elements of different colors.

With designing this chandelier in its unusual asymmetric shape, De Majo company has managed to create every season very clear with the rotating branches that end in spirals. Hands of this chandelier, which are here in the role of branches are decorated with Murano glass flowers, leaves, barks, and ice to make them perfect emulation of the season. Also, they used Croquet technique to create frost and natural looking tree bark.

Designers Francesco Dei Rossi and Roberto Assenza who worked on this project wanted to change the conventional look and idea of how a lamp should look like. So they came up with the idea to create a dynamic sculpture where we can see something different from every point of view. It is not surprising that the inspiration for this chandelier came from Vivaldi's compositions Four Seasons.

This work is not done for free - every inch of this chandelier has its price. Price chandelier is quite high and amounts to € 151,250, and this kind of a chandelier is designed for a luxurious space like a palace.

Decorate your table with new Hermes tableware made of yellow and white porcelain, "Soleil d'Hermès".