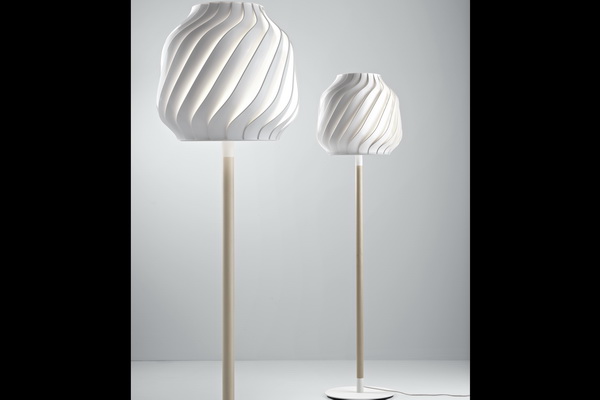 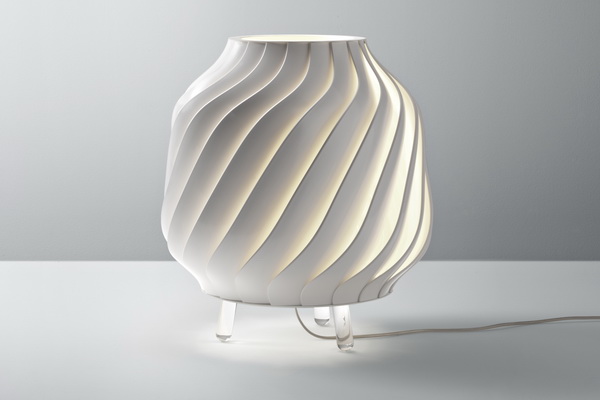 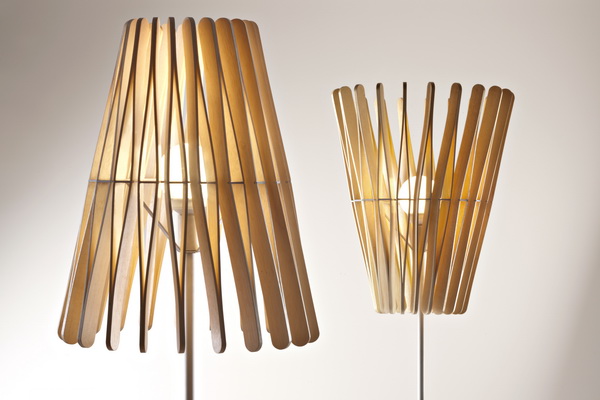 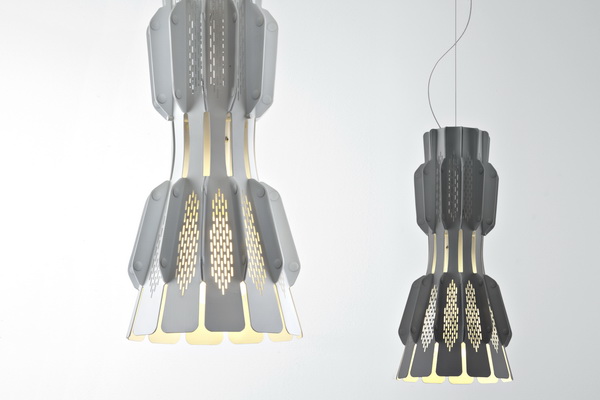 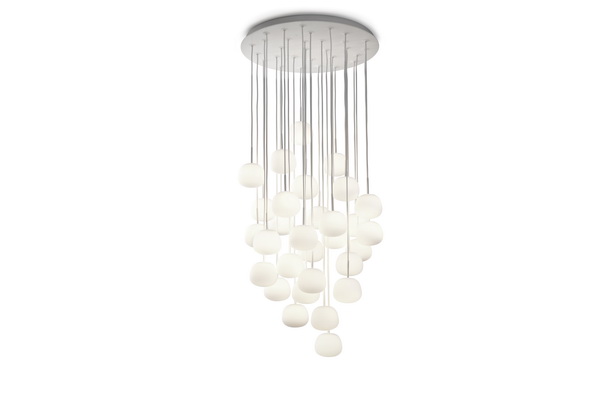 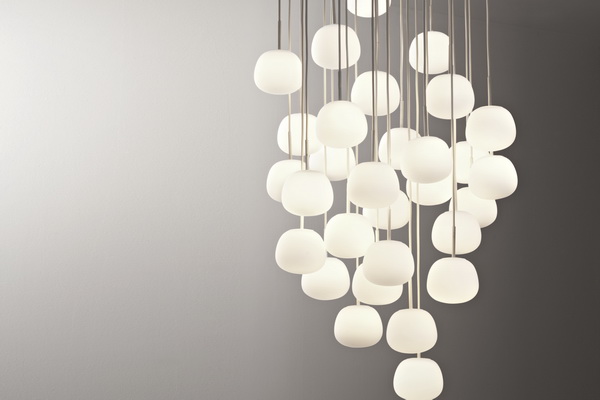 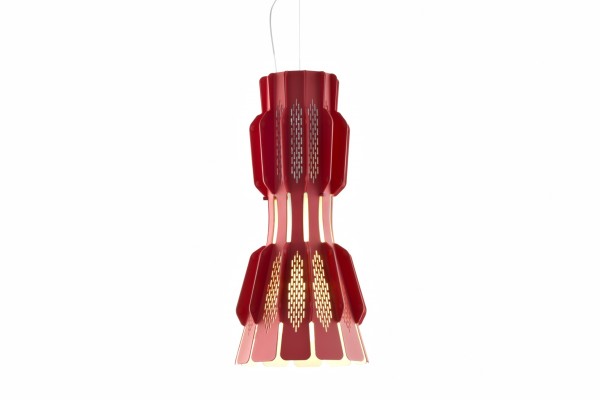 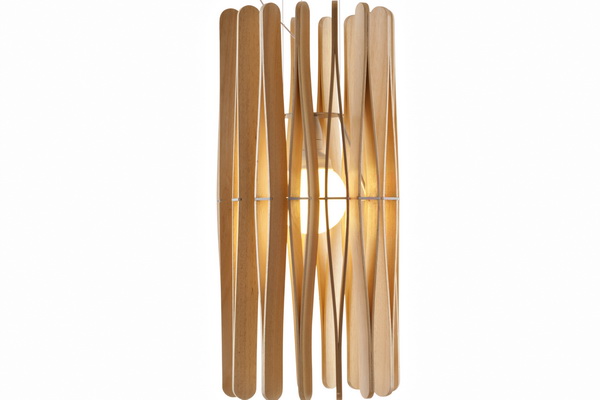 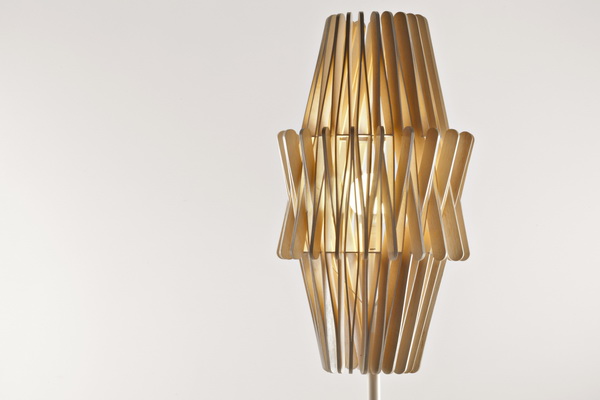 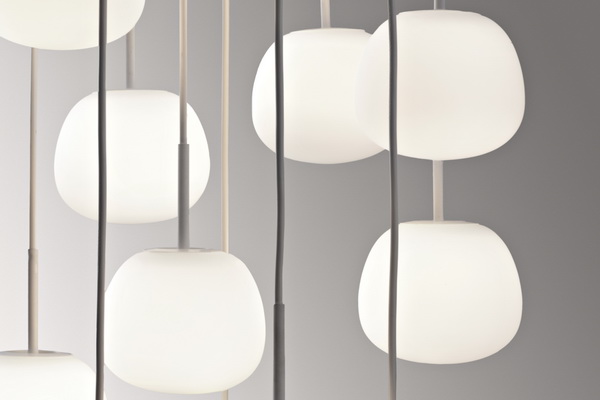 Fabbian Illuminazione was established in 1961 as a company manufacturing lighting appliances for homes and for contract work. This aspect together with tradition and quality has always been evident in the product, with the result that the company has gradually acquired international dimensions and recognition. Results have been achieved through continual research aimed at interpreting market demands, while setting up precise marketing policies and strategies.

Fabbian, North East Italy based, manufactures all the components inside its own business units, gives her distinctive touch to new modern design trends through a wealth of styles, using advanced production technologies, interpreting the new concept ideas from a pool of international architects and designers.

Normally, when we look at clouds, we seek organic shapes, similar to objects of living beings. In this case, the creative process has been reversed: this is a special object which, during its creation, revealed all its potential.

“Cloudy is a paradox! – explains young designer, Mathieu Lehanneur – This lamp has been created using extremely complex steel moulds, which have given it an almost magical lightness, a glass cloud floating in the air”.

An object-lamp therefore which, from the pencil of the designer to its engineering and manufacture, has taken on the shape of a light and evanescent cloud.

“By mixing together clear white glass with high-luminosity LEDs – explains Mathieu – Cloudy is a ray of sun after the rain!”

Clove is a metal lamp with a very precise origin, based on a music masterpiece of the Seventies, as its young Italian designers, Francesco Dompieri and Alberta Pisoni, explain.

“The cover of the Pink Floyd’s “The dark side of the moon” album shows a ray of light which, crossing a prism, breaks up into the colours that make it up. Clove is the result of this inspiration: the different colours produced by the light passing through the prism become a structure for containing the light itself, allowing it to transpire thanks to a decoration purposely designed to obtain diffused light.”

The Clove series of lamps consists of a floor lamp, a wall lamp and a suspension lamp.

The Mochi di Saggia&Sommella lamp collection has been renewed with three new models. “The name of the collection – explains designer Valerio Sommella – is tied to the shape of Japanese Mochi rice cakes”. These are traditional Japanese cakes made of ground and beaten rice which is used to obtain a soft white paste and is subsequently given a rounded shape. The same soft shapes presented by young Italian designers in satin-finish white blown-glass for Fabbian. In these three new variations, the Mochi have been renewed and multiplied until they now form spectacular multi-sphere suspension lamps.

Ray is the new collection of Lagranja Design lamps for Fabbian Illuminazione. It takes its cue from typically Mediterranean Persian blinds.

“The image of soft light rebounding and filtering between the slats of a blind is the departure point of this project - explains Gabriele Schiavon, Italian designer of the Spanish firm, Lagranja Design – Translating the rigid sequence of parallel slats into a sensual and dynamic shape did in fact turn out to be harder than expected.

The light which “escapes” between the slats designs the shapes of the lamp. Quality is at the centre of the project. Ray creates a direct light on a table or worktop and an indirect diffused light in the rest of the room.

Stick is the new lamp collection of designer Matali Crasset for Fabbian Illuminazione. It stems from an Ayous wood module, the shape of which is inspired by that of a pair of pliers: two bent elements stretched by a central support. “This detail – explains the French designer, Matali Crasset – is the vocabulary that gives life to a lamp collection based on its repetition. While the texture of the wood permits diffusing a soft and warm light, the repetition of the module creates an effect of unexpected graphics and shadows. ”This line of products develops by reinterpreting different types of lamps such as floor lamps, wall lamps, suspension lamps and table lamps.

Drake owns an ultra-rare Mercedes-Maybach G650 Landaulet, sleeps on a mattress that costs $ 400,000, swims in a lake-sized pool and definitely enjoys his life…

Enjoy the smell of fall with the best scented candles

Embelish your interior with marble

Marble as a major trend in kitchens around the world

Bring spring into your interior with a new Veris chandelier

If you are looking forward to spring and longing for all the elements this season brings us, the Cerno Veris chandelier, with its shape that reminds us of petals, can present light...

A unique table lamp, with interesting technologies, aims to improve our environment in many ways…

When holiday lights come on in the city, window displays feature Santa Clauses and reindeers, it is clear to everyone: the holiday season is on the dock…

The latest collection by James Dieter, a Brooklyn-based lighting brand, presents bold, graphic and modern pieces that look like they were made of dreams…

Have you seen the most expensive Christmas tree

The holiday season has just begun, and while many of us are looking forward to spending time with our family, others are enjoying an incredible extravaganza that has never been see...