While the rest of the automotive world has been trying to develop its lines in a different direction and present the electric variant to the world over the past decade, the Rolls-Royce company wanted to stay within its classic frame...

However, according to the latest reports, it seems that we will soon witness the first fully electric model of the legendary British luxury car company. The manufacturer, originally from Goodwood, is currently developing a project for its first electric vehicle, which is expected to appear as a stand-alone line. Although Rolls-Royce's new battery-powered machine is unlikely to debut by the end of this decade, the first details of its project will be released as early as this year.

Rolls-Royce has been considering creating its all-electric edition by redesigning some of the current lines, throwing out a few hybrids in the meantime, but now it seems the company is fully focused on developing a new car. According to local media reports, the new model will be built around the identical BMW electric platform and the iX and i7 models, the same one we can see today in the Phantom prototype units of the British brand. 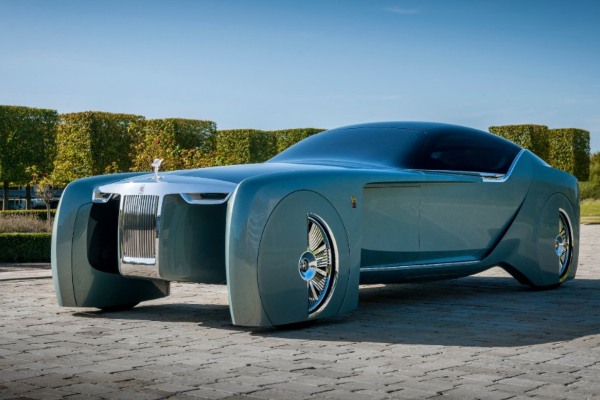 As expected, the new EV will borrow its style from the retrofuturistic 103EX concept, which debuted five years ago. As the island media point out, last year, Rolls Royce decided to single out and intellectually protect the name Silver Shadow for the new model, based on the incredibly popular line created between 1965 and 1980.

When asked for some more details, the Rolls-Royce brand people did not want to comment further, but during one interview, they made it clear that they had already confirmed their intention and would definitely create their first, all-electric car model.

When the island manufacturer decides to launch the whole thing with its EV release, we can expect it along with the Phantom, Ghost and Cullinan SUV models, which will start together from the Goodwood factory. Eventually, the all-new vehicle will become a focal point in the brand’s quest to electrify its lines, while some experts believe the battery-powered version of the Cullinan model will see the light of day soon after.