Whether you are driving an average or an expensive car, you are aware of the incredible pressure if you belong to this other group of people. Either way, many owners of exotic supercars often invite influencers to ride in their prized vehicles. Supercar Blondie is probably the most famous of them, who very often got the opportunity to ride in unique masterpieces on four wheels, posting attractive videos on her YouTube channel. Relatively recently, she managed to visit the mogul in the world of real estate and luxury car collector, Manny Khoshbin, where she got the opportunity to drive his restless Bugatti Chiron Hermes Edition, which almost ended very, very badly. 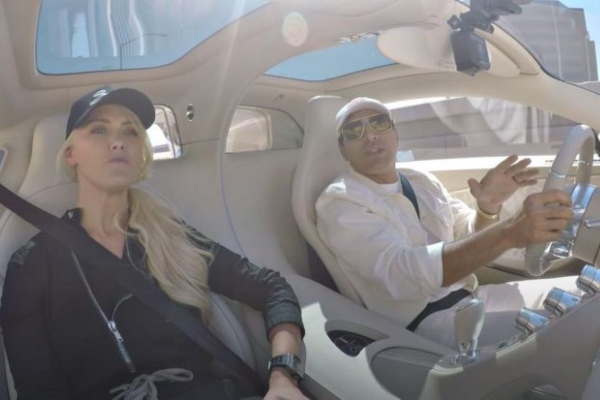 Khoshbin is also a popular YouTuber himself, who posted a video on his channel, called "Supercar Blondie almost crashed my Hermes Bugatti Chiron!". The video begins with a tour of his garage where Blondie admires his rarest cars, including a McLaren Speedtail. Then, the influencer and Manny set off in a Hermes Chiron ride, with Manny behind the wheel. Shortly afterwards, Manny announced that he would allow Alex Hirsch, or Supercar Blondie, to drive the car, and just before she got behind the wheel, she commented on its incredible strength. After that, things started to go badly, when she almost hit a black SUV while making a U turn.

A post shared by Manny Khoshbin "Never Give Up" (@mannykhoshbin)

We can't conclude from the video whether Alex is really to blame for the SUV driver not noticing the hypercar, but in any case, the collision was narrowly avoided. Bespoke Chiron survived another day. It was created in collaboration with a famous fashion house, and it took three years to make it. The car was finished with a special white colour on the outside, while it also got a suitable interior, with a contrasting upholstery of the passenger seat. We wonder if Manny will ever let another person drive his car again…