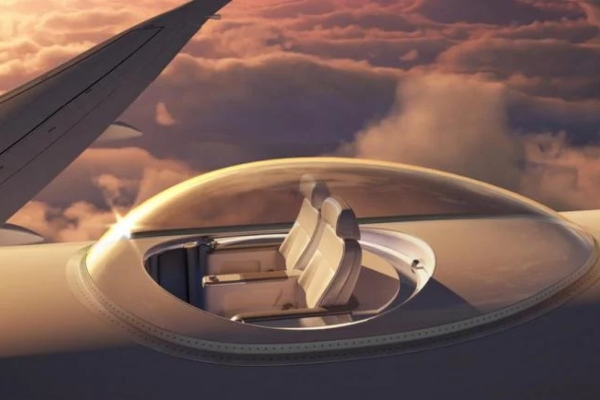 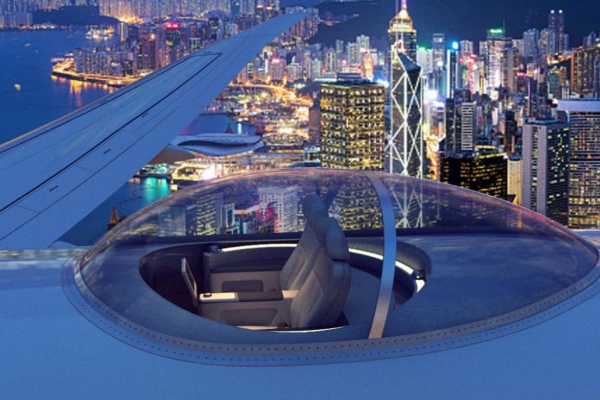 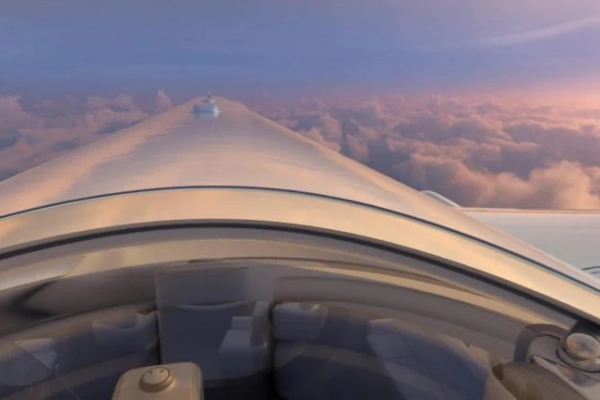 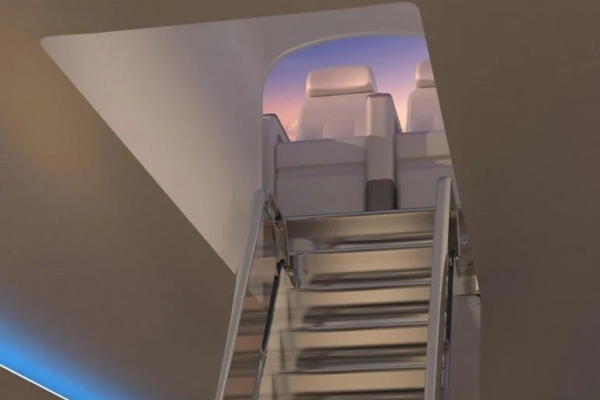 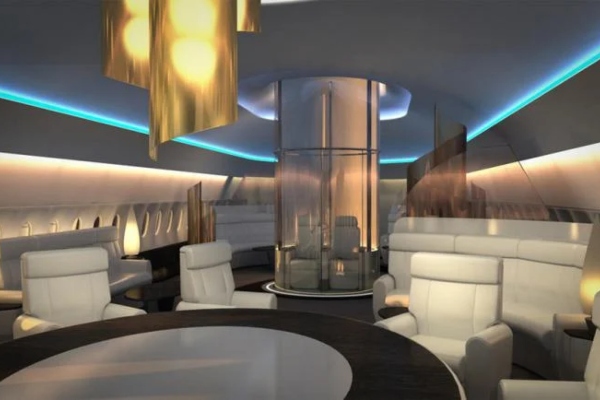 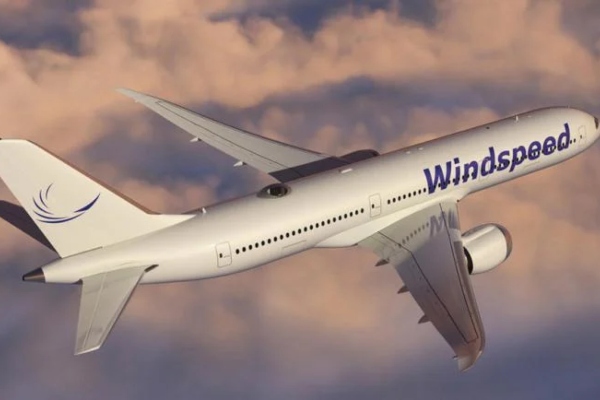 Over the past few years, we have had the opportunity to see several design studies and patent applications, which completely change the vision of commercial aircraft, in windowless variants…

Instead of windows, these planes would have massive displays, which would offer a panoramic view of the surroundings, with the help of several external cameras. It would certainly have a number of benefits, but it might cause nightmares for people suffering from claustrophobia and it would definitely not have the same effect as looking out the window. Still, there is a company, called Windspeed Technologies, that is trying to bring a real revolution to the experience of enjoying the cabin of an airplane, with an ultra-interesting Sky-Deck concept, which promises an amazing view of the surroundings.

SkyDeck is a transparent platform for enjoying the view, like a bubble created from glass, which is built into the roof of the plane. Like capsules of fighter jets, this concept aims to offer us an amazing view of the environment.

"The goal was to create new entertainment in airplanes for VIP clients and the entire airline industry," reads the description we found on the company's official website. This teardrop-shaped glass canopy is designed so that it does not have any negative effects on the aerodynamics and performance of the aircraft. The company claims that their platform can change its dimensions, depending on the plane in which it will be found.

A small, private plane can use a single-seat configuration, while a large, passenger plane can get something much larger. According to this company, there are two design options on offer, one of which includes an elevator inside the cabin, which transports passengers in seats to the lookout, while the other platform uses a staircase.