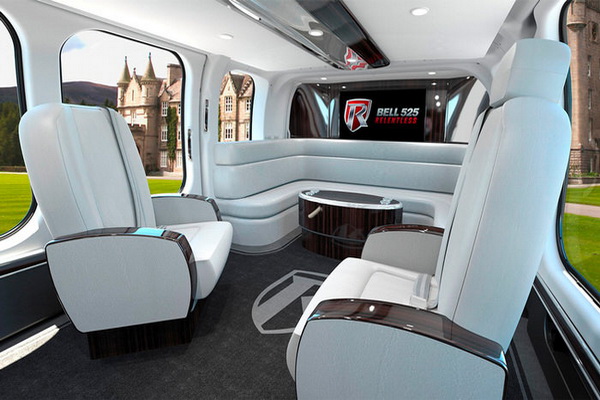 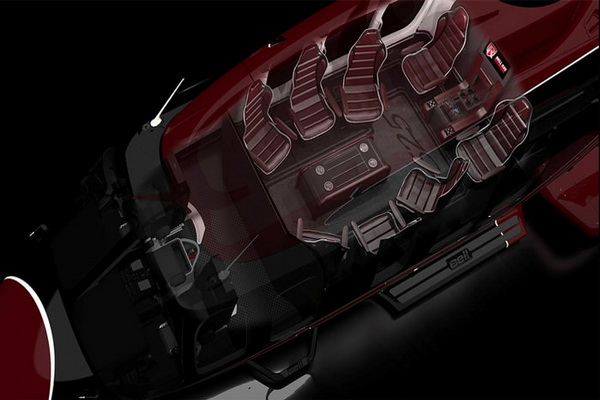 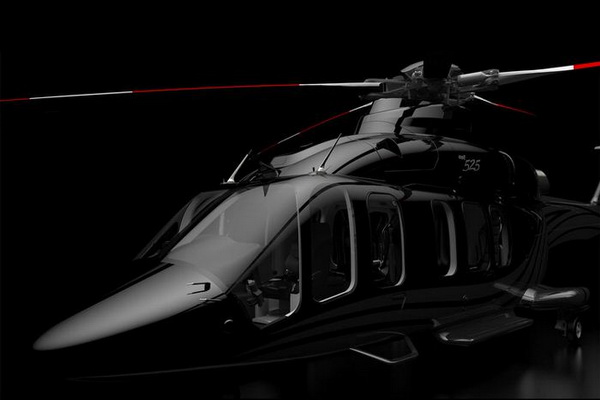 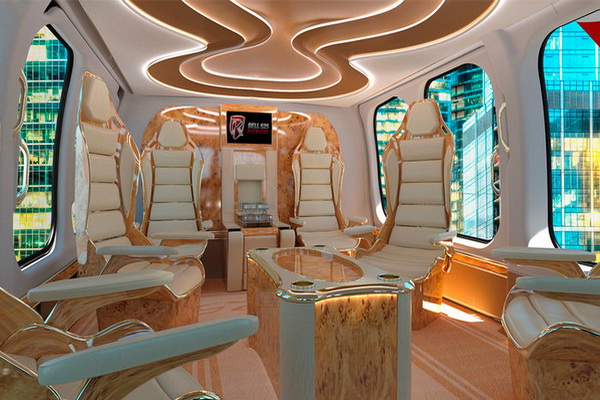 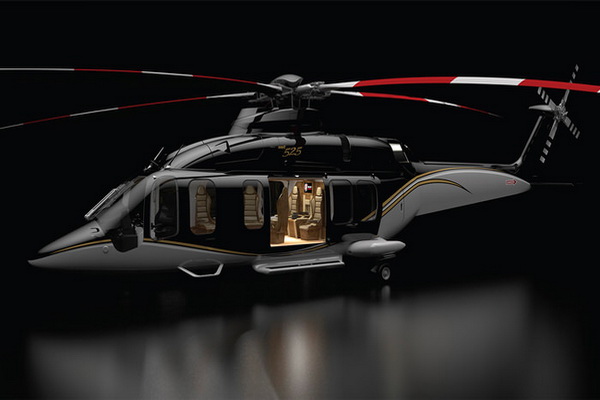 We present you a helicopter, which moves Trump’s Sikrosky S-76 model away to the second place...

Bell 525 Relentless model is now in the final stages of design and development and it will have its first flight during this spring. Its cabin has about 10 m2, so that there is enough space for a number of luxurious amenities - from plush and comfortable seat to technology and entertainment.

The target market for this helicopter is the oil industry and it has been designed so that it can submit all heavy-duty over-ocean travel. This does not mean that the luxury cabin is at all less luxurious. Flexible layout of his cabin can be just as elaborately decorated as in any other private jet. VIP package includes a large helicopter seat, layout space for conferences and small kitchen. As for the interior is concerned, it can be seen as a precious Trump’s or full of golden details, and it may also contain a little more conservative and sophisticated styles.

This helicopter will have ARC Horizon system for flying which has advanced designed cockpit for the first time applied for commercial purposes. It will have the ancillary controls, as well as fully integrated Garmin touch screen control system. Other specifications include standard seating for up to 16 people, plus two crew members, a bar for keeping drinks and a fairly high passenger compartment. Also, its top speed is 286.4632 kph.

Price for this model is not yet available.

Modern Valkyrie for a comfortable voyage

Valkyrie is a plane designed by Co50 Cobalt Aircraft Company and is one of the fastest aircraft in the market, designed as the safest...

Luxury travel to the edge of space

If you have a need to feel the speed, you can do this in several ways, in addition to buying a supercar or motorcycle...

The actor and stuntman, Jackie Chan, has become the first Chinese customer, who purchased the Embraer Legacy 500 business jet, with a price of $ 20 million...