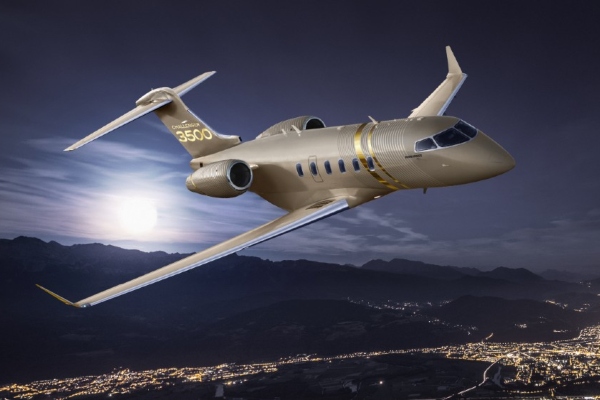 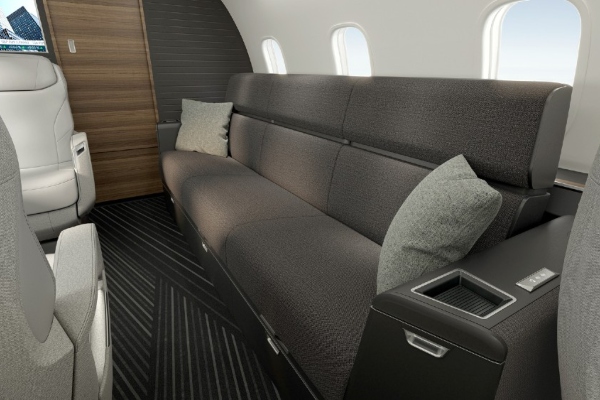 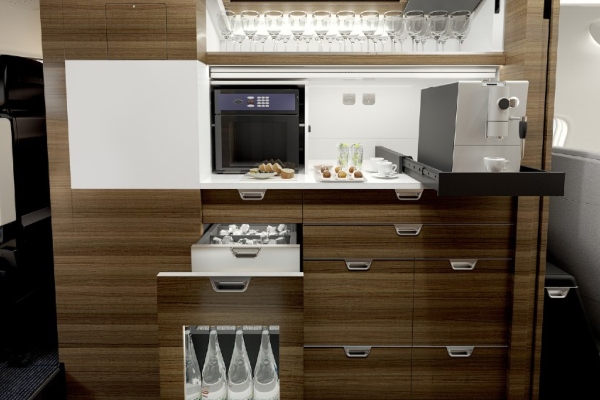 The aircraft manufacturer has improved its Challenger 350 by taking certain elements from its Global 7500 flagship model, adapting them to this magnificent novelty. The cabin of the new 3500 model will have a reduced altitude of 1,478 meters, while flying at an altitude of about 12,896 meters, which Bombardier claims is an improvement of 31% compared to the 350 model. The patented, ergonomic Nuage seats will be part of the standard in the cabin, which offers enough space for ten people, enhancing the flight experience. Sound insulation will make the interior the quietest in the class as claimed by this company, while at the same time it will be the widest cabin in its segment.

Other new features include voice controls for cabin lighting, temperatures and entertainment systems, along with wireless chargers. The designers also enlarged the kitchen, giving it a sleek look at the same time. In the cockpit we can see an auto-throttle system that can usually be found in larger business planes.

Despite all the improvements, the Canadian manufacturer has very tough competition in its category, competing with the Embraer Praetor series, Citation Latitude and Gulfstream G280. The Challenger 3500 is selling for $ 26.7 million, the company’s CEO said, hoping it will be one aspect that will allow it to remain at the very top of its segment.

The Bombardier brand also says that the 3500 model will receive the Environmental Product Declaration, i.e. the declaration of the life cycle of the carbon footprint. Pilots will also have access to an application that optimizes flight plans and reduces fuel combustion. As we find out, the Challenger 3500 will come into use in the second half of next year.