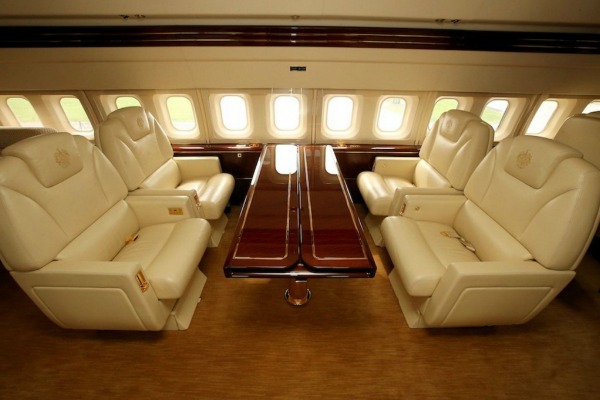 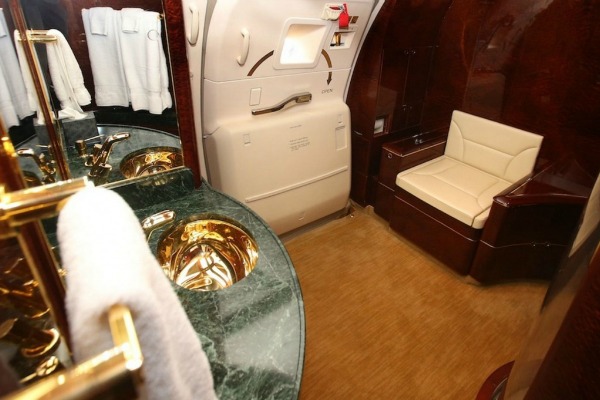 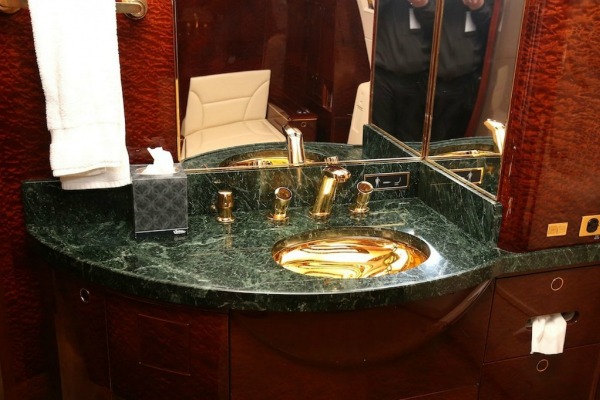 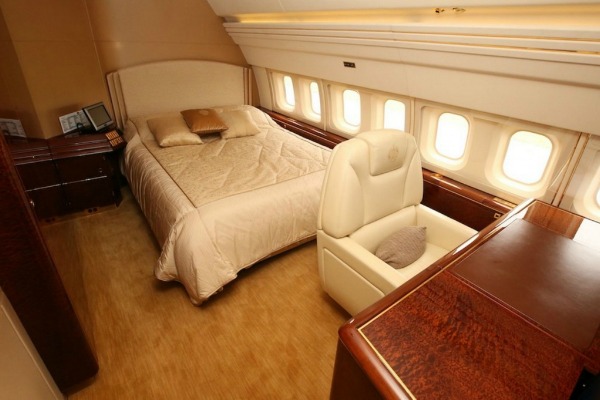 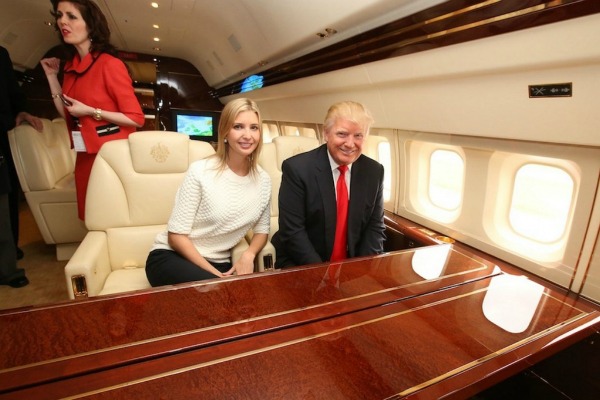 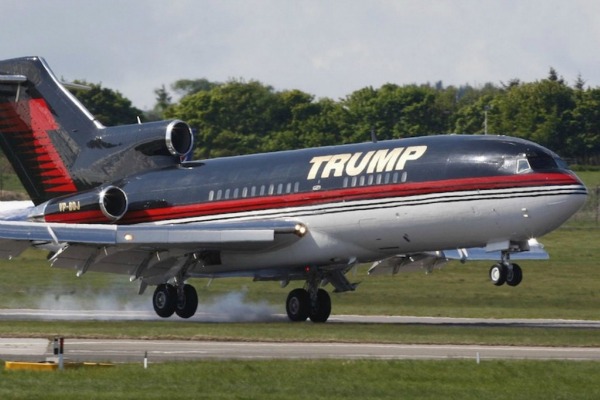 Donald Trump is not precisely the man to shy away from publicity.

So while on a trip to the British Isles, during which he visited his golf resorts in Ireland and Scotland (as you might remember, Trump recently acquired Turnberry), the American billionaire allowed a quick glimpse of his private aircraft’s opulent interior.

The custom-made Boeing 727-100 was purchased by the real estate tycoon back in 2011 from Microsoft co-founder Paul Allen. Passengers are by 24-carat gold, in addition to various other luxurious features. There’s also a 52-inch flatscreen TV with a control box that gives the viewer access to basically any movie he or she wants to see at the touch of a button. More than a simple private jet, the aircraft is fitted like a high-end hotel room, with a luxurious en suite, a bedroom, and even a guest room with couches that convert into beds.