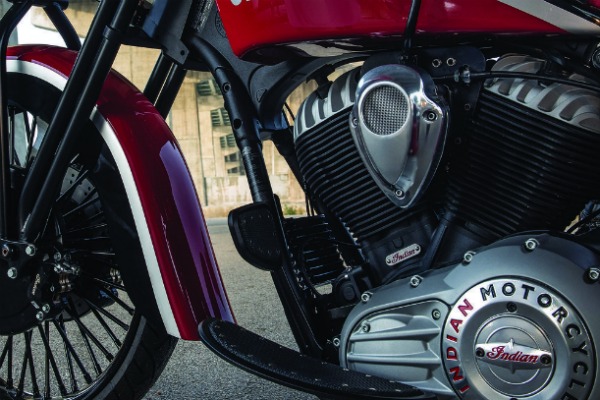 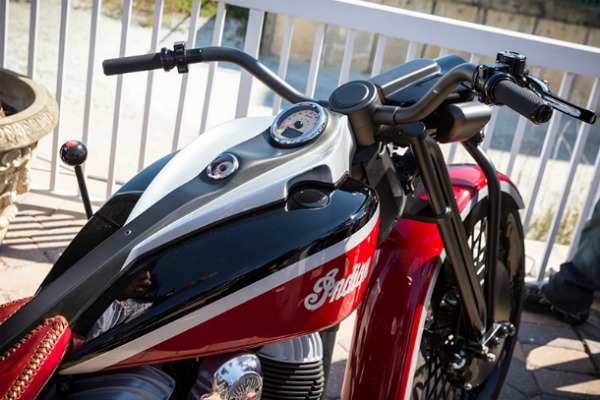 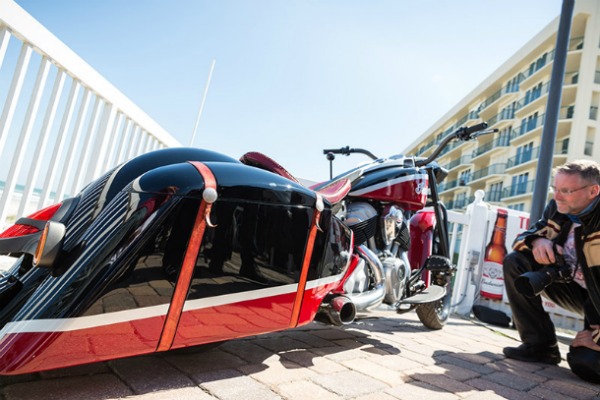 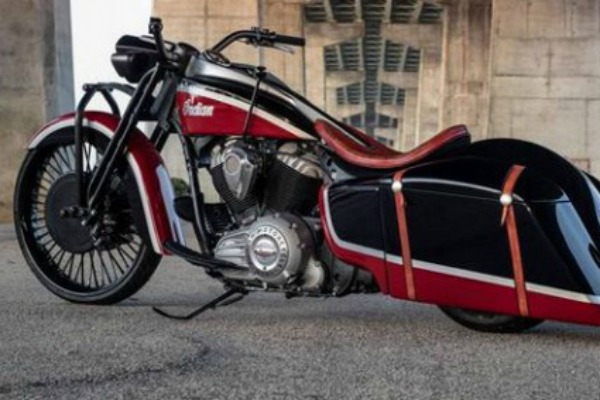 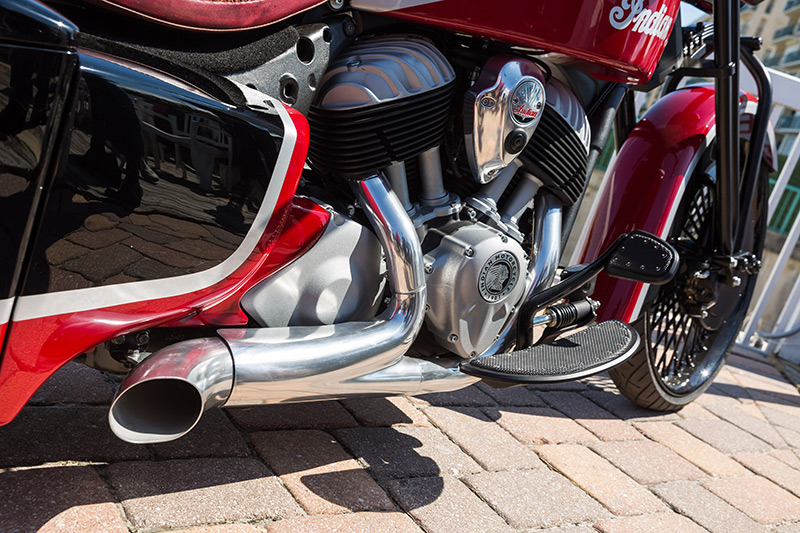 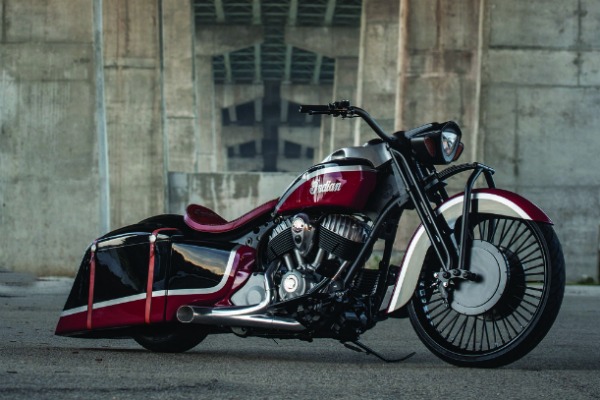 This motorcycle is built on the platform of the famous and well-known model Chief, but as a new creation, which bears the name of Frontier 111, the whole story is pointed towards a different direction. Azzkikr design workshop wanted to create a machine that will leave an impression, but also give a clear message. They wanted to have creations that are different compared to other Indian custom designs and we can say that they have succeeded in their idea. The front part of the motorcycle is impressive, mainly because of the hand-made headlight and front axles with massive 26 inches wheels.

Frontier 111 bike received revised rear part, a new functional saddlebags, handmade rear fender, the new rear wheel and a modified suspension. Driving dynamics remained unchanged and is the same as on the other factory produced models.

On this model, particular emphasis is on high-quality manufactured parts, built to high standards of manufacturers. Parts didn’t change the characteristics of factory produced bike, which means that it can be installed on any other Springfield model. Just so the Frontier 111 is a revolutionary two-wheeler!