Ducati is in no hurry when it comes to introducing its first electric model, but when they are finally ready to join the electric revolution, we hope to contact Italdesign. The famous design company presented a video with renderings of a completely electric concept, which was inspired by the legendary 860 GT sports model. Only one word can be used to describe this futuristic prototype: divine!

Of course, if anyone is going to redesign the 860 GT, Italdesign is the right company for the story, due to the fact that the original motorcycle was created as the work of one of its co-founders, Giorgetto Giugiaro. Its angular tank and duck-tail seat were bold design choices at the time, and helped the bike stand out from the rest. Unfortunately, they also turned down potential buyers, which is why Ducati redesigned it just two years after its 1974 debut. 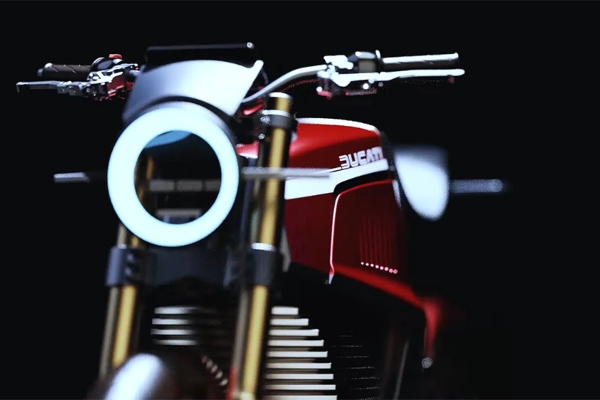 And while the original bike and concept are really different, there is a clear spiritual connection between them. Like its predecessor, the 860-E is angular and comes with a standard look, which is characterized by style and athletic attitude. Its recessed circular LED headlight is also tempting and we hope that more electric motors will adopt its design philosophy. We have to emphasize that this is just a designer mock-up, so for now there are no technical details, but Italdesign company wrote in the description of its video that it will be "completely electric and quiet".

Unfortunately, these renderings do not seem to be a hint of what is to come. "There is no planned production of this model - this was simply our stylistic expression," the company explains, adding that they created it as a tribute to one of the most famous Italian motorcycles.

Still, weirder things have happened. Hands up everyone, who would like this bike to become a part of reality!