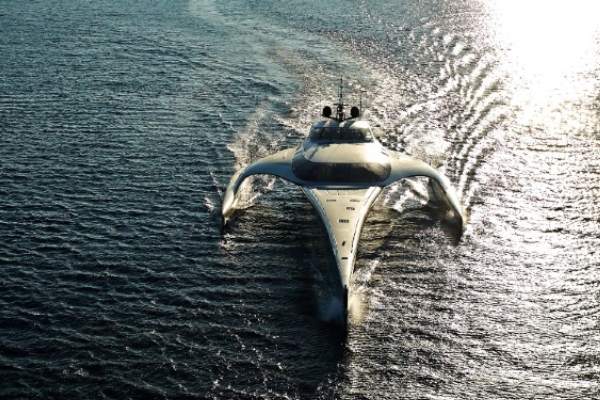 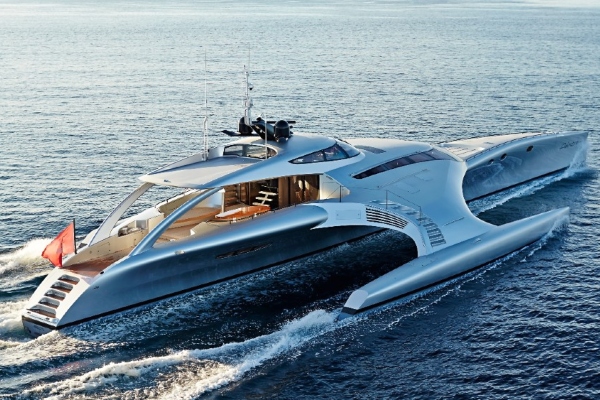 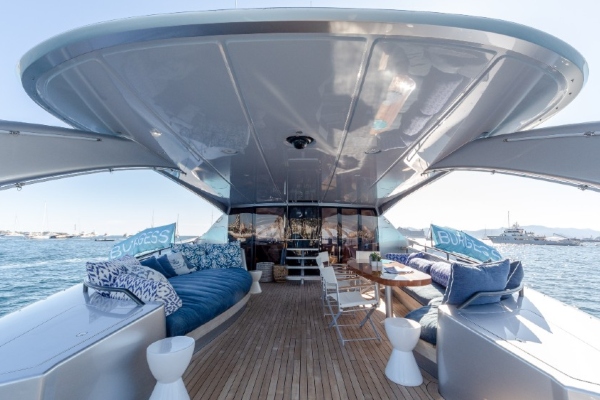 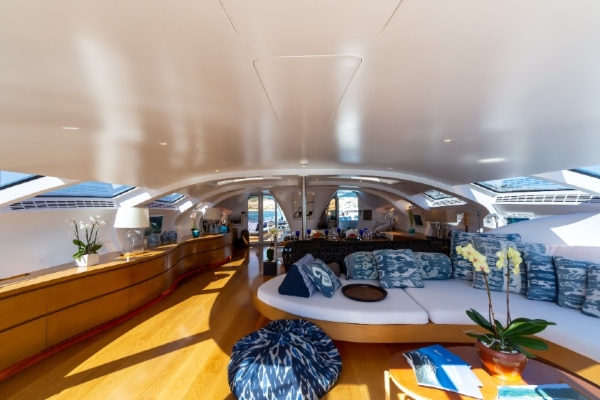 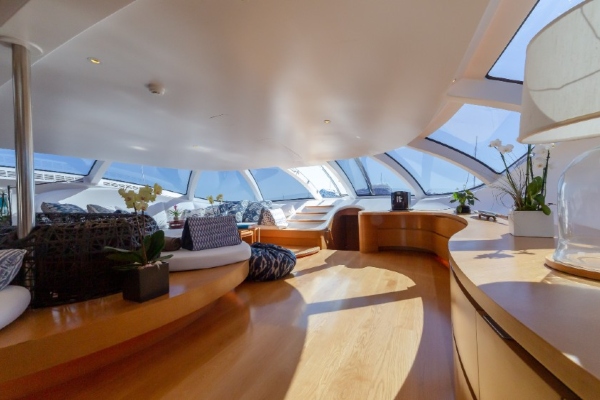 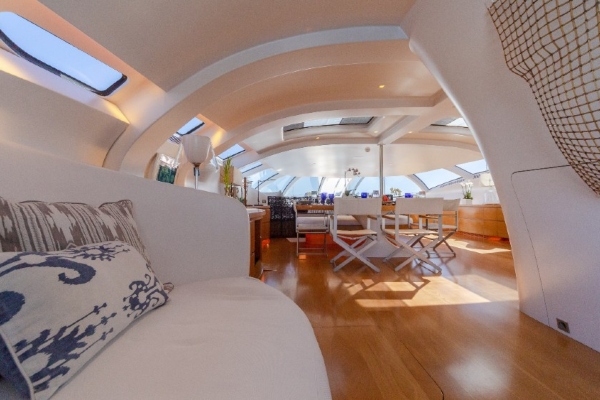 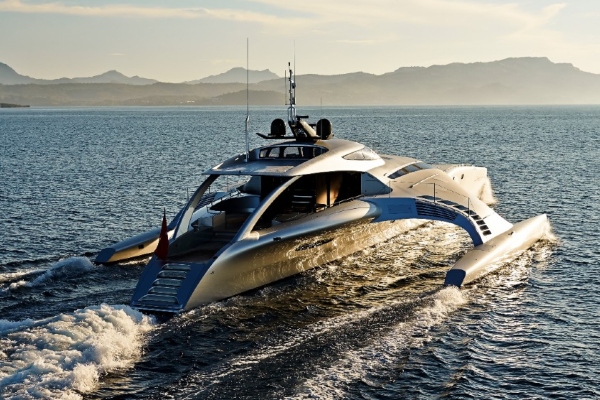 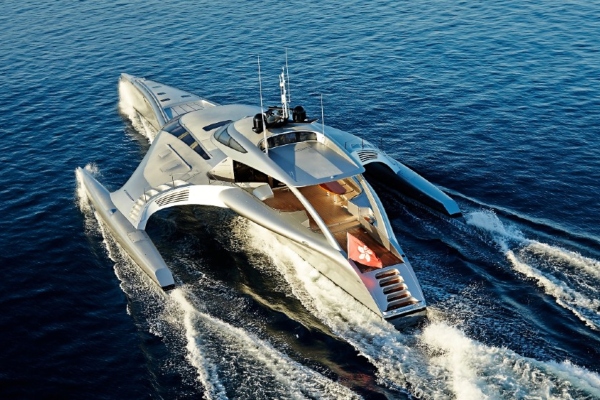 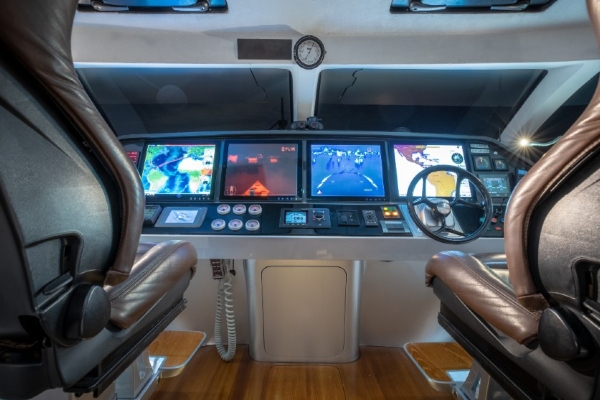 With a magnificent profile that reminds us of a spaceship, it will seem like a concept to many, but in fact, it has been a part of our reality for almost a decade, conquering the seas with its length of 42 meters.

"We were very lucky to have the opportunity to spend three months on this yacht every year since it was constructed, crossing the Atlantic and Pacific, and exploring traditional sea voyages, such as the Mediterranean and the Caribbean," said the owner of this yacht, who wanted to remain anonymous. "Adastra is really stable and safe, able to cope with cross ocean currents," he added, explaining that at the same time it is one of the most innovative ships in the world.

British designer, John Shuttleworth, has won numerous awards and constant praise for the creation of this yacht. What sets this ship apart from others is the trio of silver hulls, which remind us of support canoes. “Structure is for the most part an engineering achievement. No one has designed or constructed a ship like this, “explains the designer.

Constructed by McConaghy Boats in China, the magnificent yacht underwent a thorough structural analysis, while its computer model was tested when it comes to the impact of waves and the potential endurance of all three hulls in conquering world seas. Made of e-glass and Kevlar, the hulls of the yacht are mated on its carbon superstructure, so that it actually weighs only 49 tons, compared to the conventional sixty. Because the reduced weight was critical to the performance of this trimaran, McConaghy custom-designed all of its components - vents, lighting, ladders and hinges, so all parts are made of carbon. The lightweight design brings hydrodynamic efficiency, stability and performance, as well as low fuel consumption and thus a reduced impact on the natural environment. "It uses a seventh part of the fuel compared to motor yachts of similar dimensions," explains the shuttle.

"At the time of design, we hoped that it would present awareness of the environmental issues facing the world, while encouraging a change of attitude when it comes to reducing carbon emissions and fossil fuel consumption," he added.

Adastra has already withstood storms of up to 50 knots, and has a range of 10,000 nautical miles, at a speed of 10 knots. It is powered by one 1,150 HP Caterpillar C18 engine, which gives it a top speed of 23 knots, with a cruising speed of 17. The Adastra also has two Yanmar 110 hp outboard engines, powered by three of its generators. When it comes to transoceanic voyages, it has two 730 gallon tanks.

Thanks to its shallow draft, the Adastra yacht can take you to parts of the sea that traditional yachts cannot even approach, such as the Bahamas. In addition, it has its own, custom anchoring system, with three anchors.

Although generally geared towards eco-design, the Adastra is still essentially a luxury yacht. With the main hull extending across the water for more space, its exterior layout allows guests to enjoy numerous compartments. The Scandinavian interior was created as a work of Jepsen Designs, and is the embodiment of minimalism, accentuated by the flow of natural light that reaches inside through rounded windows and skylights. The open spaces are embellished with a natural colour palette, while the yacht itself offers enough space for nine guests and up to six crew members. Its master cabin is located aft, and is directly connected to the main saloon, while two guest cabins and a kitchen are located near the engine.