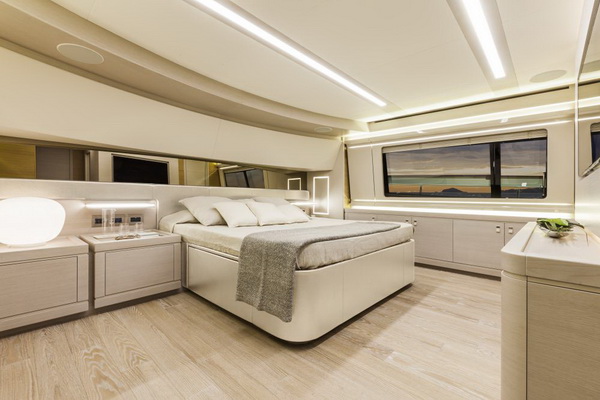 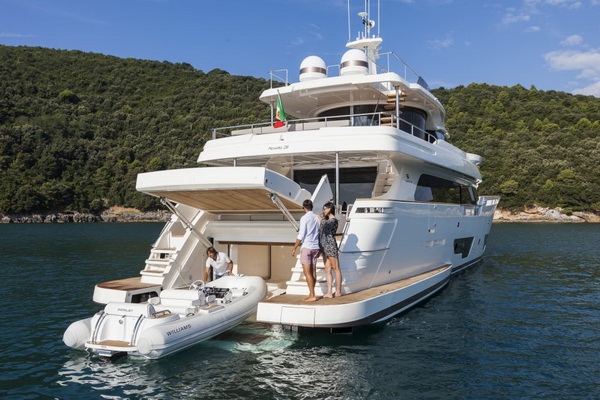 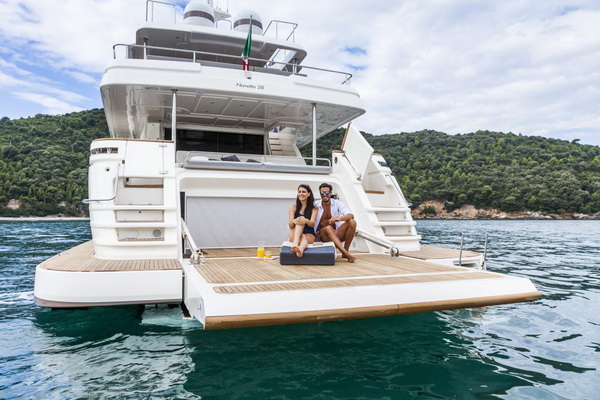 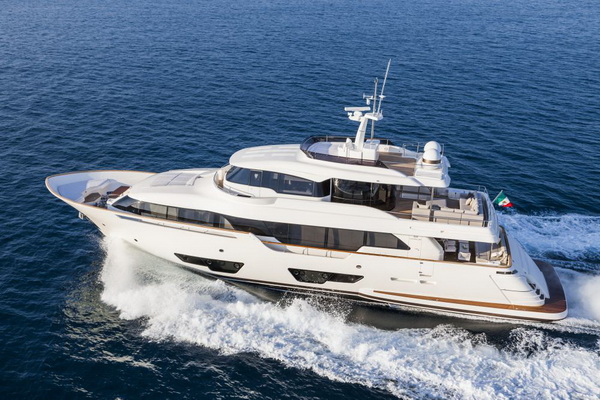 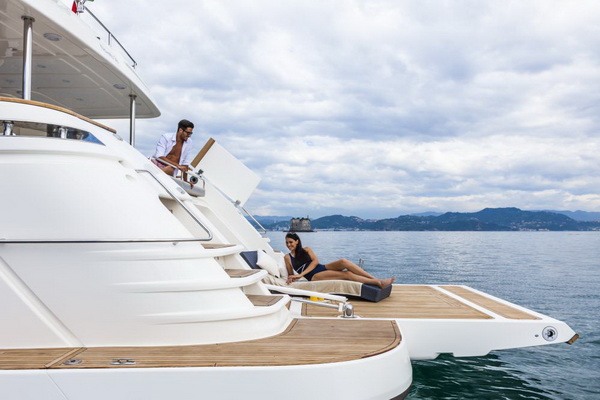 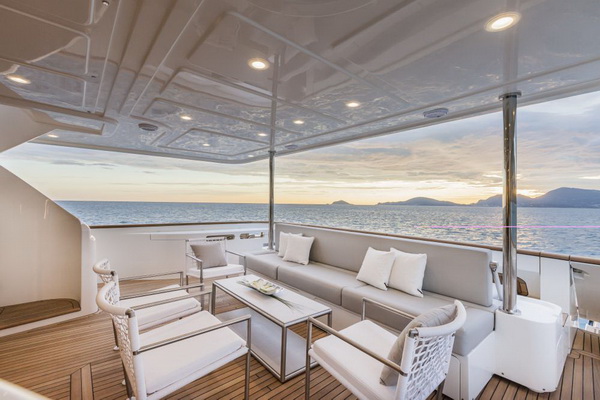 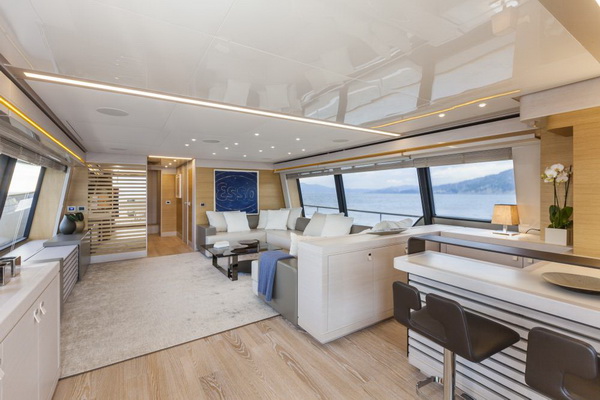 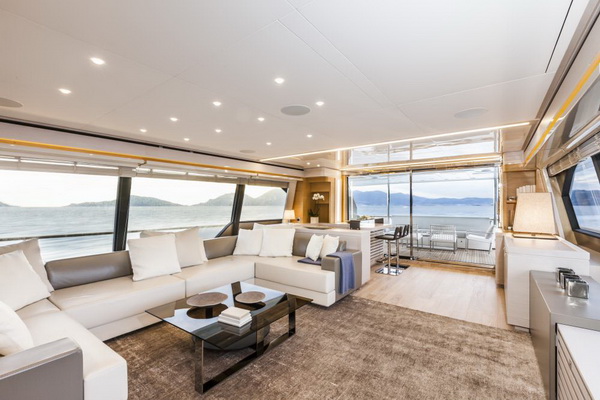 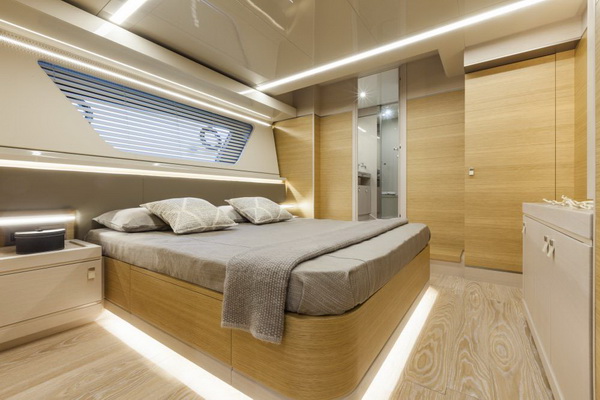 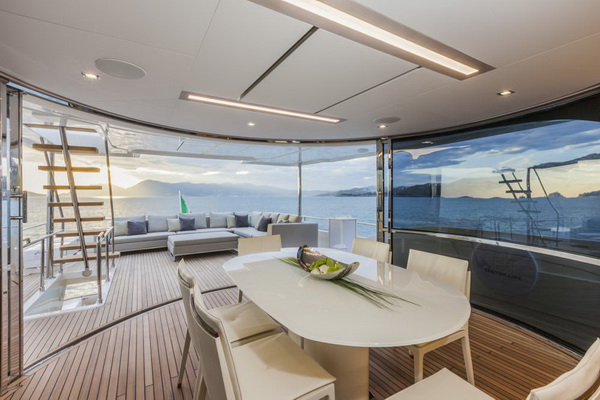 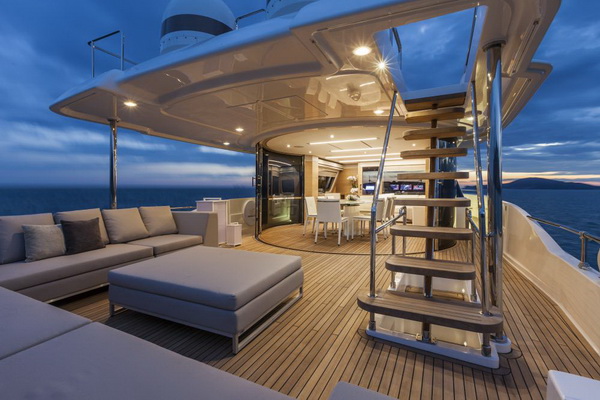 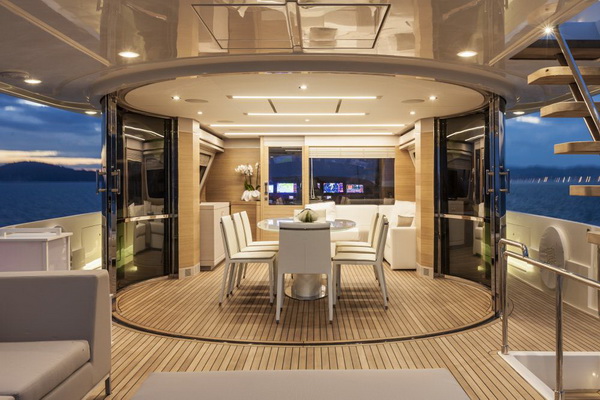 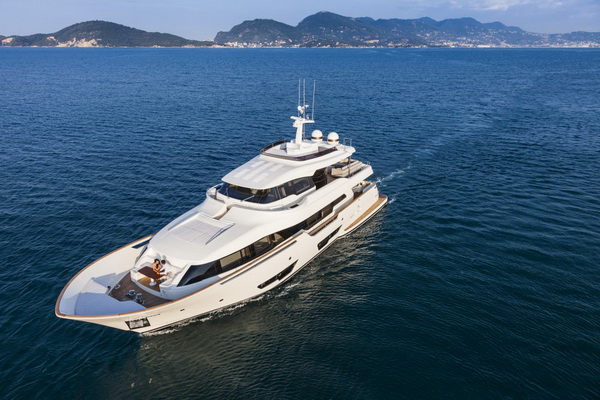 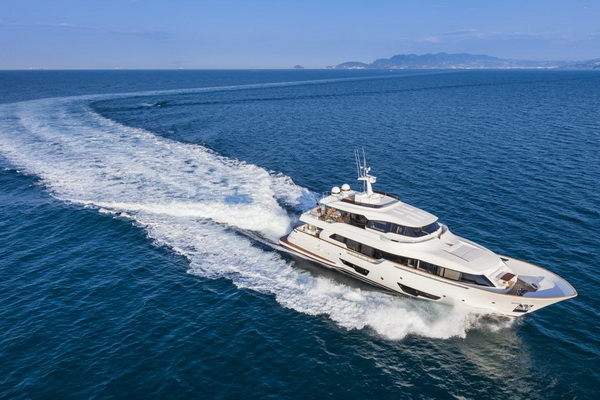 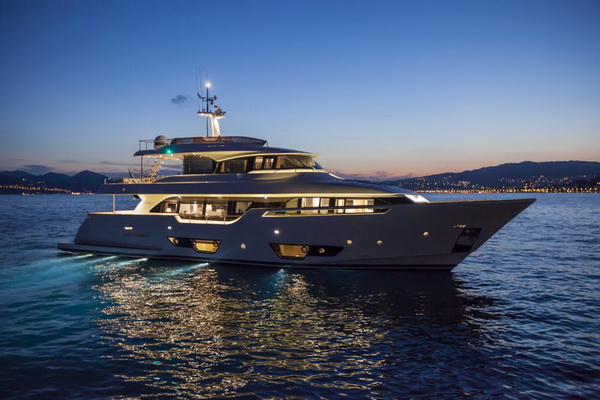 Another beauty from the Custom Line series, Navetta 28, is mesmerizing yacht with enough space for 12 people...

It has six luxury cabins, three doubles, one twin and two VIP cabins, filled with natural light that passes through the massive windows. Ferretti Group and Custom Line and teamed up with Centro Stile and Studio Zuccon International Project for the design of this yacht, which has a lot of elements of its "big sister", Navetta 33 Crescendo model. Navetta 28 yacht had its official debut at the Cannes Yacht Show, as well as in Monaco and Genoa, and impressed everyone with its sleek design and impeccably designed interiors.

Future owners will be able to adapt this yacht to their wishes fully, since the brand offers virtually all personalization options. Inside the main deck, for example, you can set the bar with two seats, a cabinet for drinks and ice coffee. On the main deck there is a U-shaped sofa, which already from afar seems modern and comfortable. From these sofas you can watch the massive TV screen, set in the ceiling. Otherwise, it is available in several sizes. Salon on this yacht has a beautiful luxurious ambience, thanks to LED lighting that is set in painted wooden elements and tasteful decoration items.

The cuisine can be reached very easily, and you will find all the appliances and amenities you need. There are two refrigerators and a small snack space. When you get down to the lower deck, you will reach the central lobby with a wall covered with mirrors and plenty of storage space, and the path leads on up to four guest cabins.

On the upper deck, you will love the panoramic view that stretches from the dining room to a circular shaped sliding door, which seamlessly split of the exterior. In the exterior of the yacht, you can expect a sunbathing area, where you can place a Jacuzzi if you want.

Towards the end of last year, the Italian Benetti masters started constructing a new 65.4-meter long yacht in their impressive Livorno establishment…

Discover new luxury in your home