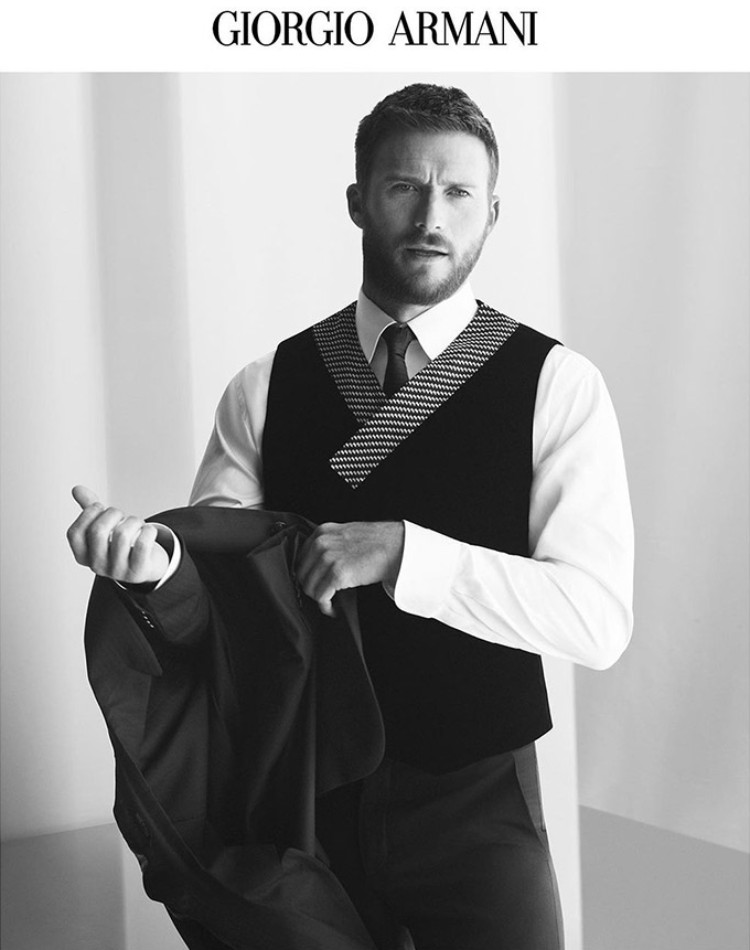 In the new advertising campaign dedicated to men, the son of Clint Eastwood poses in front of the lens of talented photographers, Mert Alas and Marcus Piggott, while Anna Dello Russo is in charge of his styling. 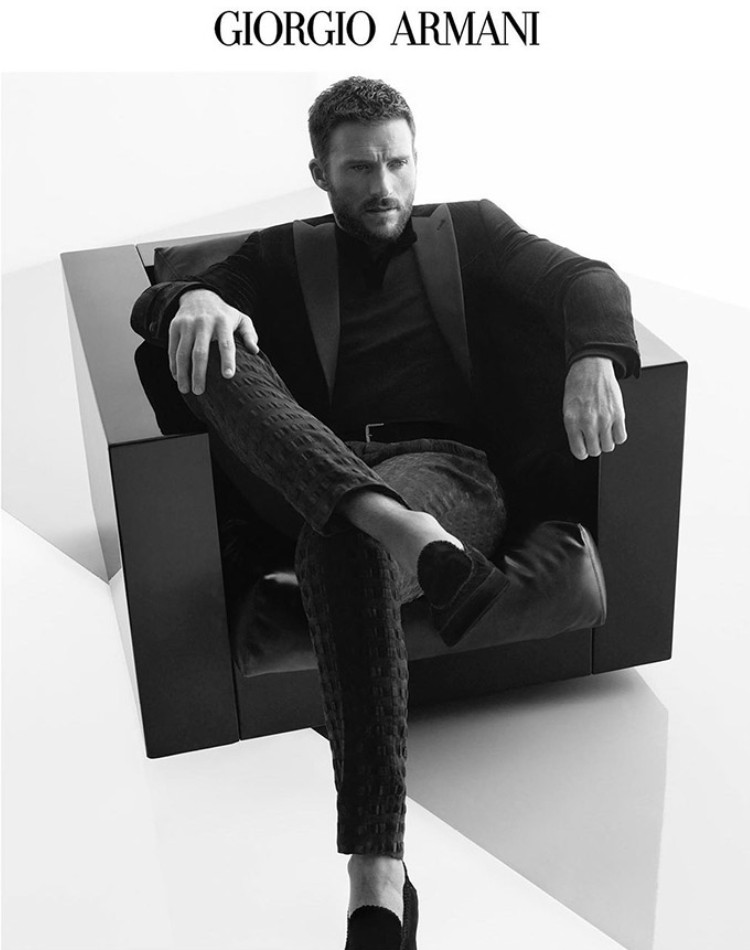 The campaign features the actor in minimalistic black and white promotional photos. The famous actor with an incredibly strong personality is shown in an environment reduced to a pure geometric background where the only stage element is an armchair with a square structure. 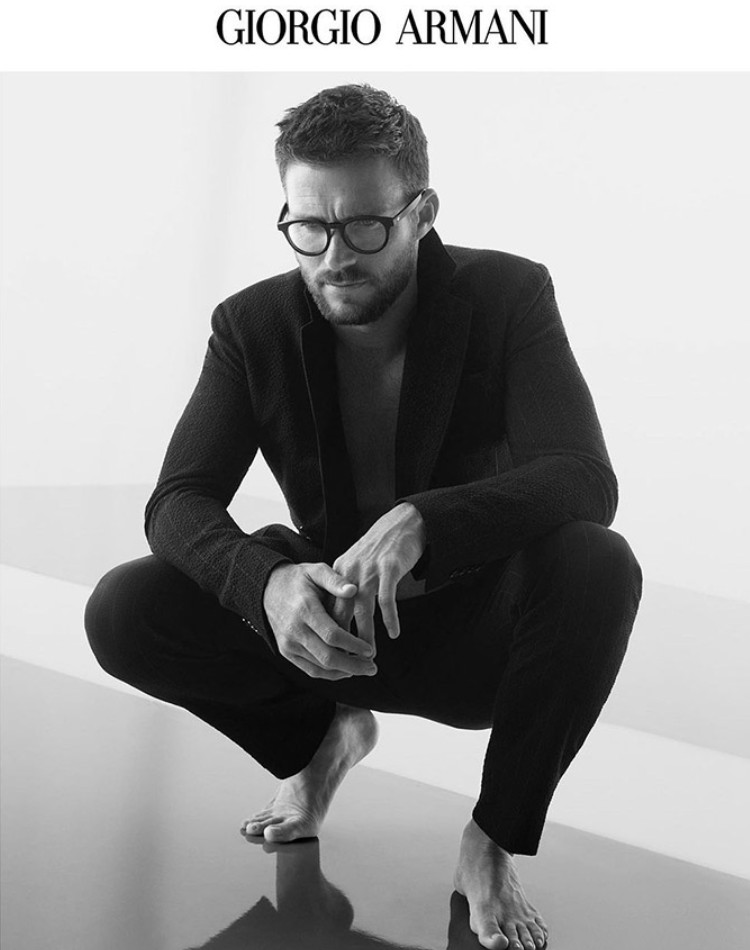 His direct look at the camera and the poses in which he presents new garments from the Giorgio Armani autumn collection emphasize his sensual side, irresistible charisma and captivating sexiness. Clothing, accessories and eyewear smoothly follow the body and gestures to express the unsurpassed elegance for which the Giorgio Armani brand is known worldwide.