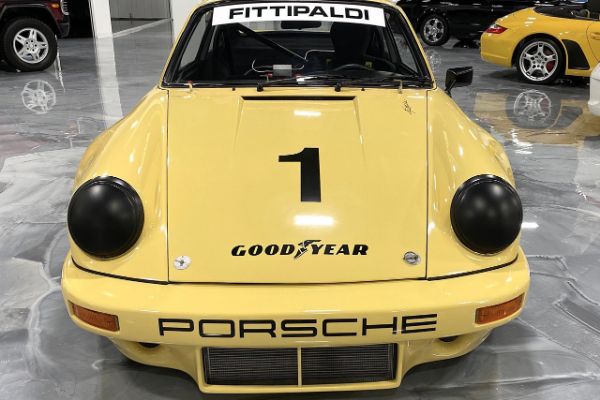 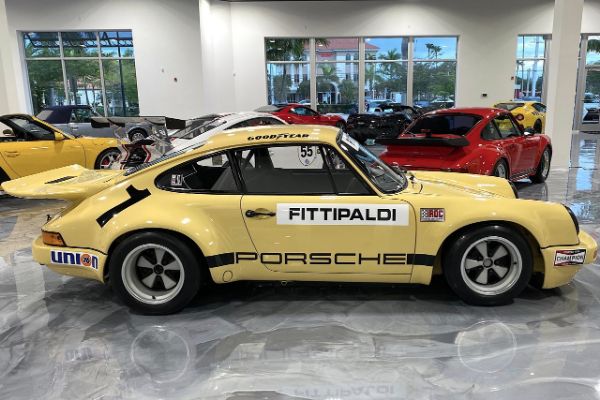 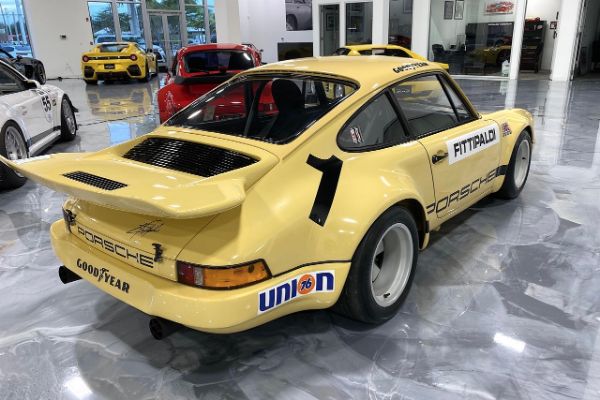 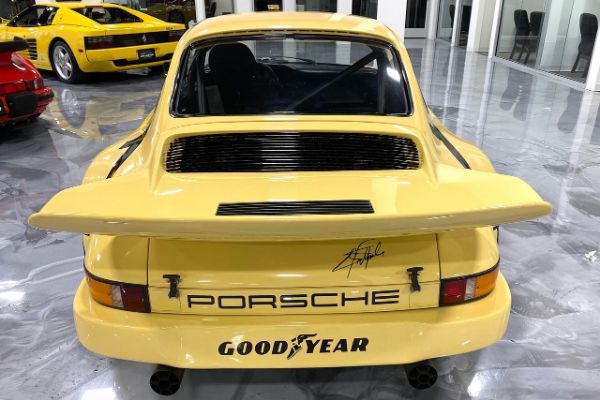 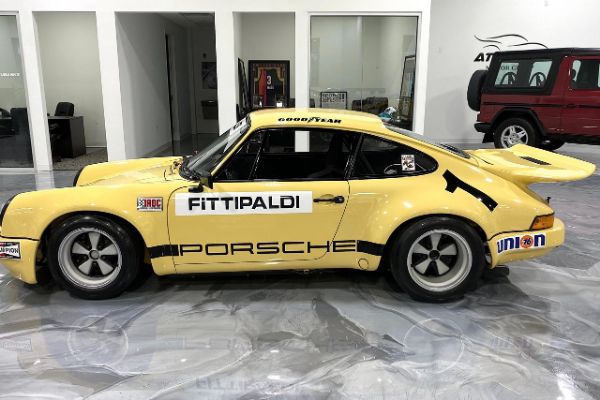 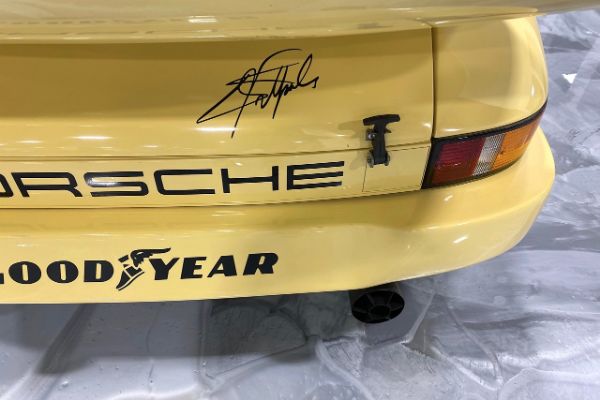 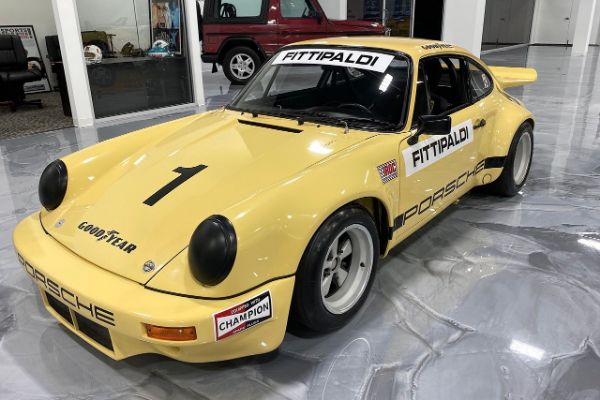 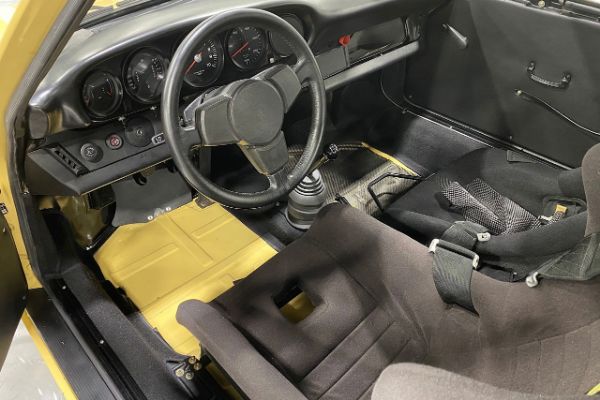 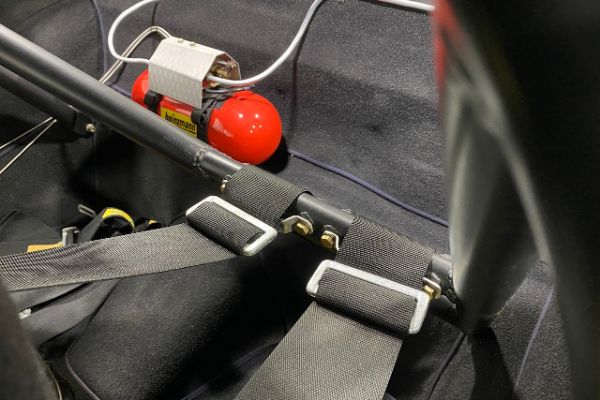 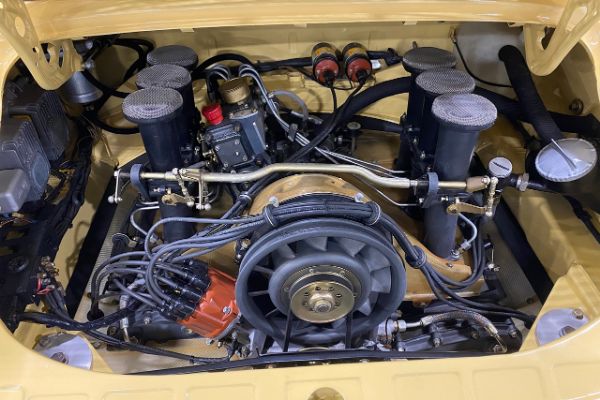 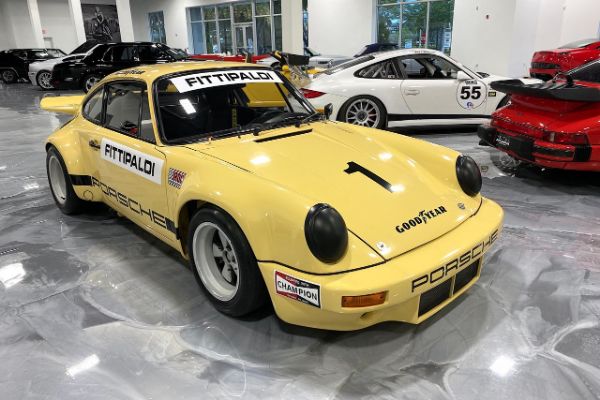 The first IROC series featured twelve identical RSR racing models with drivers from different disciplines behind the wheel. The idea was based on testing the driving capabilities, rather than the cars themselves, while the car you see above comes as one of these twelve units. The incredible four-wheeler was driven by Emerson Fittipaldi, who was in eleventh place in the first race, but since we’re talking about Fittipaldi, he soon caught up with his competitors and continued to dictate the pace of the race almost to the end, until he unfortunately flew off the track puncturing the tank.

The rich history of this car is just the beginning of the story, because the pastel yellow RSR is painted with its light shade so that people can see the car on their colour TVs for the first time, after which it caught the eye of the famous Escobar, who liked it so much he rushed to buy it. He briefly appeared in this model during the Colombian Copa Renault 4 championship, disguising it in the Porsche 935 series, while after his death this car changed hands and ended up in the garage of billionaire and retired runner Roger Penske, returning to America to get back the original Fittipaldi’s livery.

Such models can very rarely be seen at auctions, as they are limited to only twelve units and three auxiliary versions, specially created for the IROC competition. On one occasion, we could see variants of Peter Revson and Mark Donohue on sale, later sold by Jerry Seinfeld for $ 2.31 million.

The DuPont Registry offers the Porsche 911 RSR in its full racing glory, equipped with Fuchs five-spoke wheels, a "Short Hood" body, completely different from the "Long Hood" version we can see on basic RSR models, a recognizable RSR rear and most interesting of all, the three-liter air-cooled engine comes instead of the popular 2.8-liter reinterpretation, which together, in addition to its glorious history and the fact that it was owned by a Colombian drug lord, makes it the most desirable and rarest 911 model in the world.

Offered with just 362 miles driven and a history every owner can only wish for, paired with the rarity of the line it comes from, this 1974 Porsche 911 RSR can’t be cheap at all. All potential future owners of this beauty will have to set aside $ 2.2 million to add one of the most interesting models of all time to their collection.