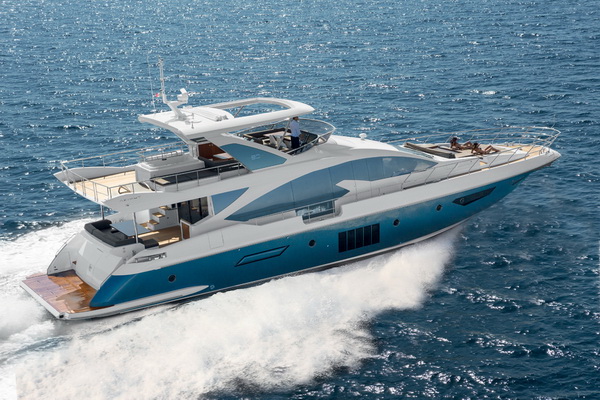 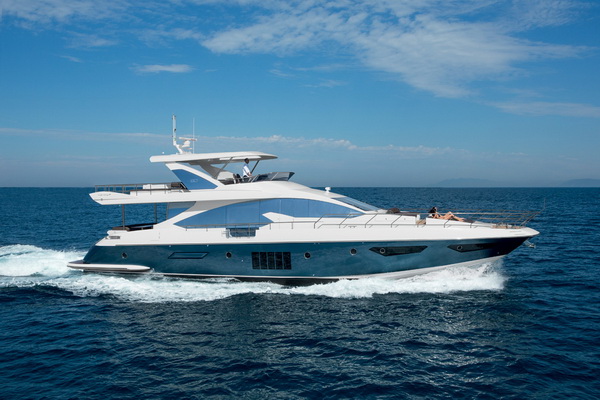 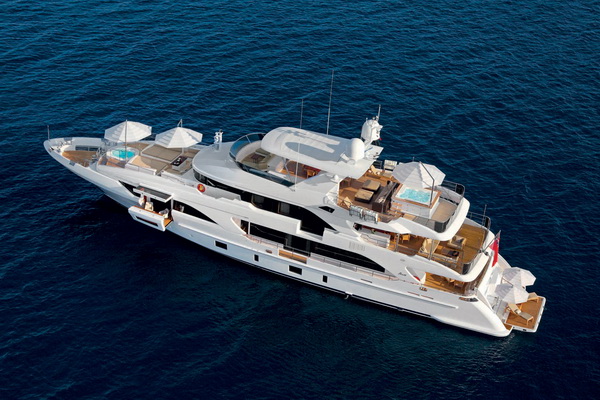 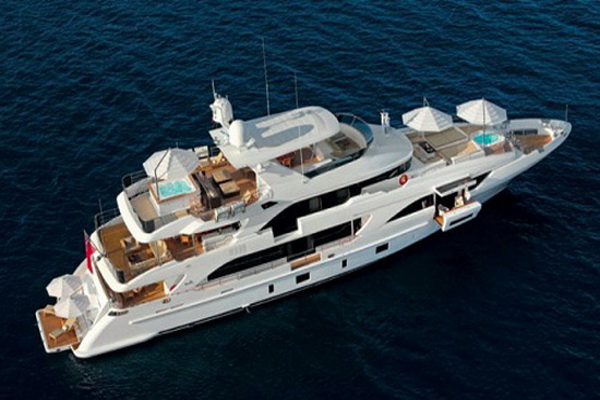 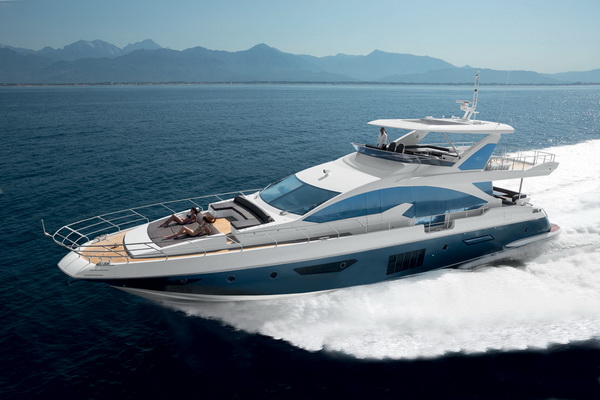 The Azimut Benetti Group fleet will be at the Miami Yacht & Brokerage Show 2014 with no less than 18 yachts, three of them making their world debut: the new version of the Azimut 84 for the US market, the Benetti Vision 145’ “Told U So” and the Benetti Classic Supreme 132’, “Petrus II”.

Luxury motor yacht Azimut 84 was created specifically in US Continental market through a collaboration with MarineMax, Azimut’s North American distribution partner. With exterior design by Stefano Righini, the iconic model from the Flybridge collection proposes a main deck with a dining area and fully-equipped, open-air kitchen to maximise daytime socialising.

The yacht sleeps eight and ensures maximum privacy for the boat owner and guests with two separate entrances, one amidships and the other towards the bow. All the cabins have large picture windows. In the two lateral guest cabins – one with a queen-sized and the other with twin beds that can be pushed together – the beds face the windows so guests can enjoy the amazing view as soon as they open their eyes each morning. Located towards the bow, the third guest cabin is also spacious and comfortable. The crew area is to the stern with access from the swim platform; it has two cabins, a bathroom, and a comfortable crew mess. The flybridge is protected by an operable hard top and is quite spacious for its category; with its comfortable seating and cabinetry that accepts a fully-equipped bar and large barbecue, it is also possible to cook and dine here, spending precious moments with friends.

Luxury motor yacht Azimut 80 was officialy launched at the end of June 2013, with the world premiere at Cannes Boat Show, also made her world debut in Fort Lauderdale and now comes to Miami. This all-new 24-metre yacht is the winner of the prestigious 2013 World Yachts Trophy, (sponsored by the LuxMedia Publishing Group) for “the most functional yacht in the 24 to 50-meter category”, and recently the London Motor Boat Awards 2014 awarded it first prize in the “Over 55-feet Flybridge” category.

At its US debut, “Told U So” yacht from the Class series – a line dedicated to yachts from 95 to 145 feet – will certainly amaze for its incredibly original features. The yacht has been designed under the banner of “entertainment”: fun, relaxation, and socialising are the keywords for this exceedingly charming design. With four guest cabins (all doubles) and the owner’s suite, 10 people can comfortably overnight on board. ‘Told U So’ is also perfectly equipped to accommodate up to 60 guests in the main saloon and upper deck for receptions and parties.

Benetti Classic Supreme 132’ yacht ‘Petrus II’ will be Benetti’s second major new offering in the USA. Petrus II represents an evolution of the stylistic lines of the Class collection, as masterfully interpreted by the Architect Righini. This 40-metre vessel has been designed to celebrate the features of a displacement yacht – with large interior and exterior spaces – combined with enhanced onboard comfort and design solutions that amplify its light-filled and spacious feeling, especially on the main and upper decks.