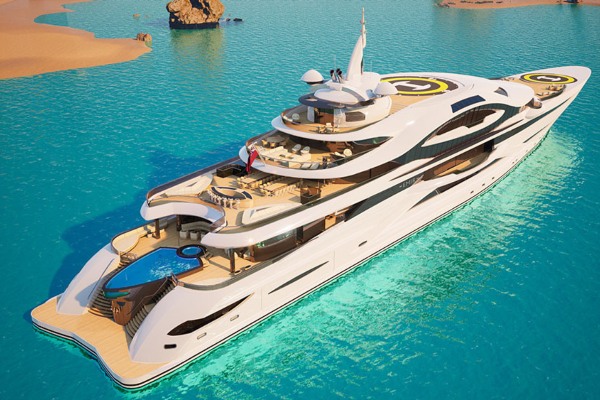 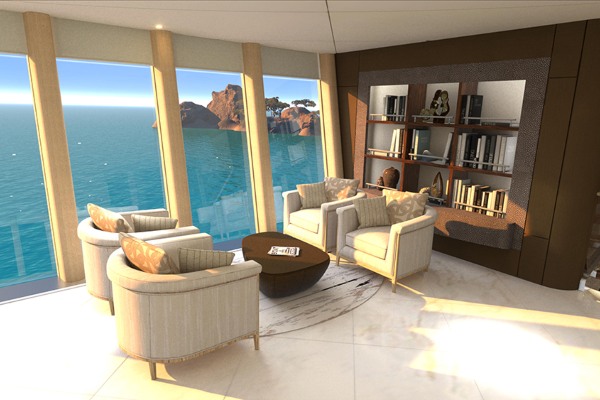 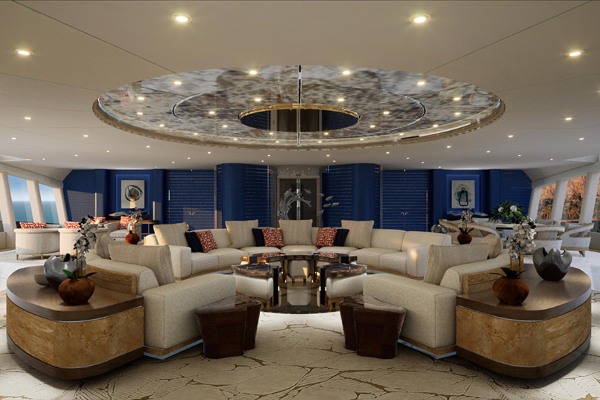 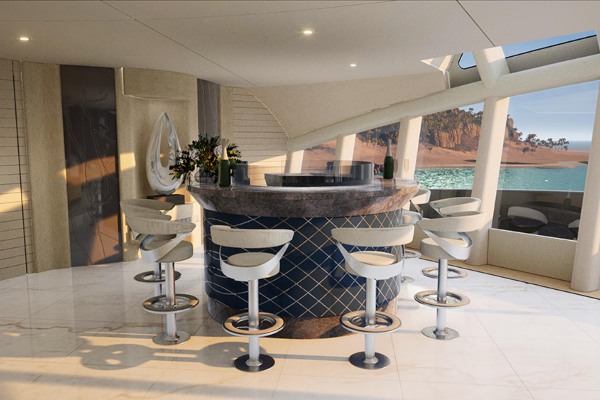 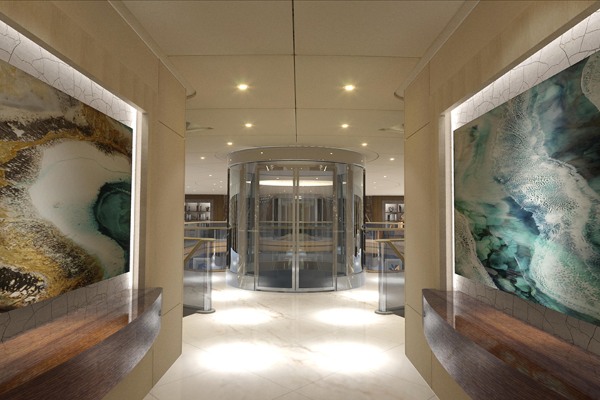 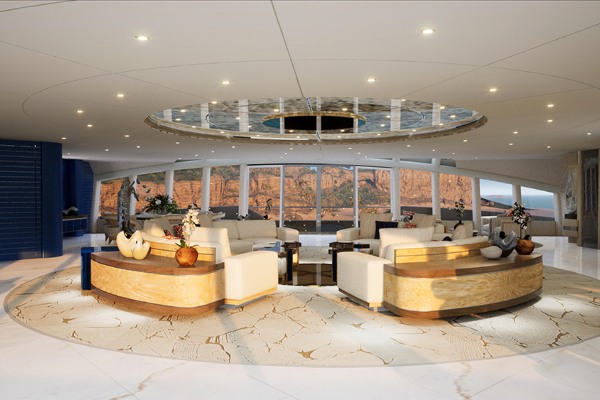 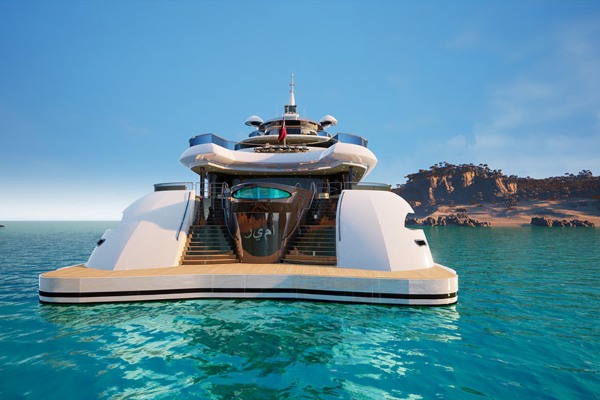 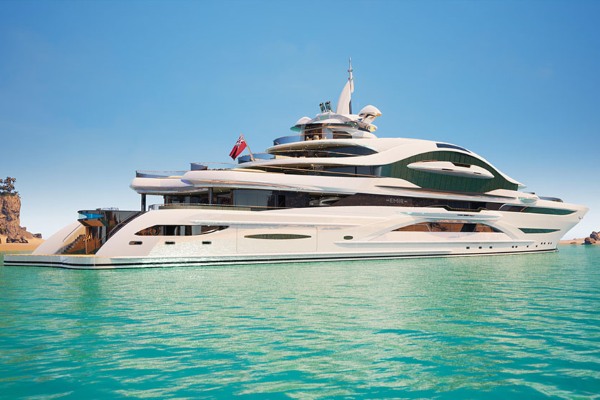 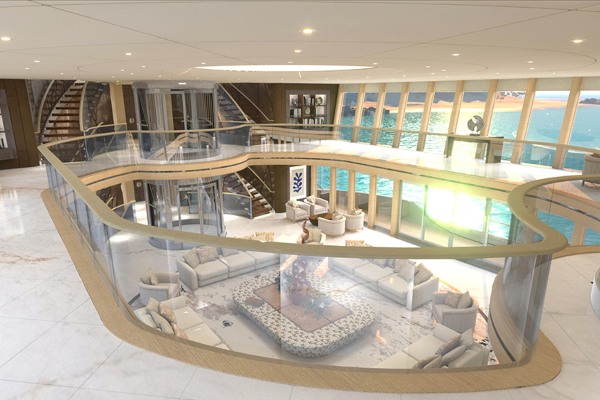 This concept, named Emir, has more in common with a five-star resort than a vessel that is ready to conquer all seven seas. Emir has an elegant, completely white exterior, winding lines and a dramatic arch, although the luxurious interior is what really sets it apart. British studio has doubled its magnificence and elegance to create living spaces that will definitely present a true competition for everything you can find and see on land.

The central decoration of the yacht is a spacious main saloon of double height, which the studio aptly describes as a dance hall, and which contains luxury furniture, high ceilings, a curved staircase and a promenade with two levels of floor-to-ceiling windows that promise panoramic views. Imagine that as a dance hall from the Titanic re-imagined for the 21st century.

As you might expect, the owner’s rooms are equally lavish. In addition to the main suite with a full beam, there is a dedicated owner’s lounge that boasts its own dining area, games table and fully stocked bar, along with a separate owner’s deck that comes complete with a jacuzzi and ocean views.

Emir offers no less than five decks, along with two certified helicopter platforms that can be used for day trips or the sudden arrival of guests. It should not be forgotten that on the aft deck there is a cantilever pool that runs from the main deck to the lower deck below. Here you can enjoy a beach club with a swimming platform, a wellness center with a gym or a cinema.

Gresham Shipyard previously launched a 328-foot yacht with an interior that associates us with science fiction movies and a research yacht - an icebreaker with one of the largest exteriors. The studio also recently teamed up with OceanX to turn the former research ship into a magnificent yacht, featuring a film studio signed by Titanic director James Cameron. See more photos in the gallery.