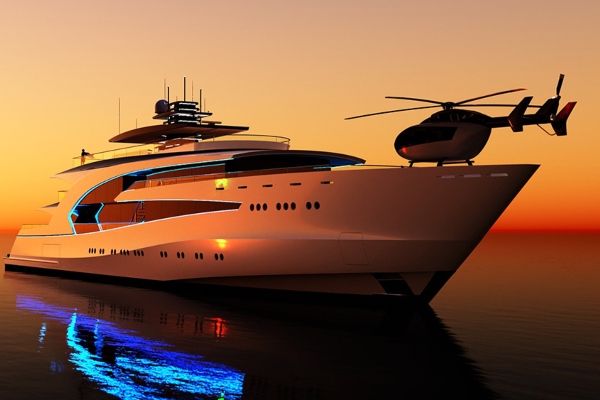 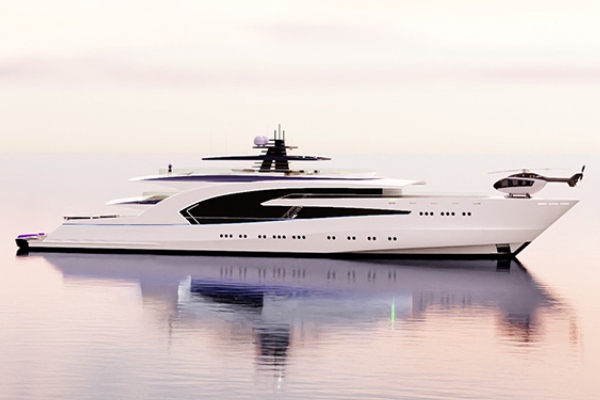 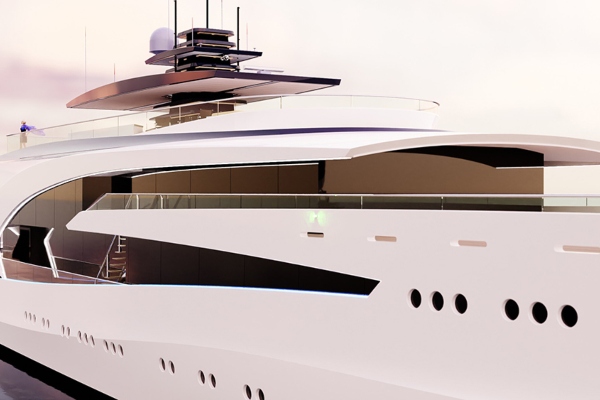 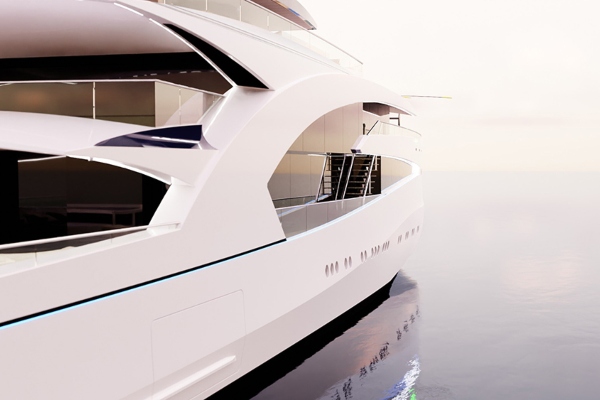 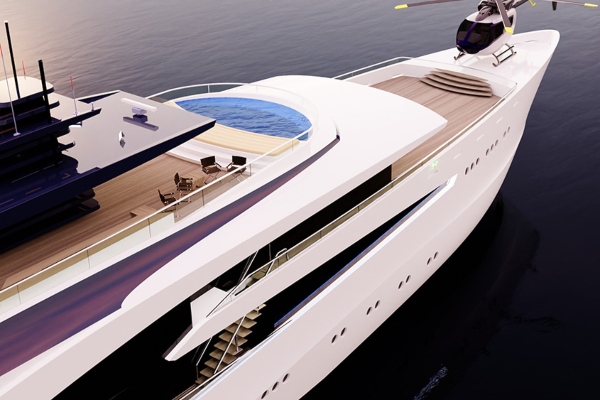 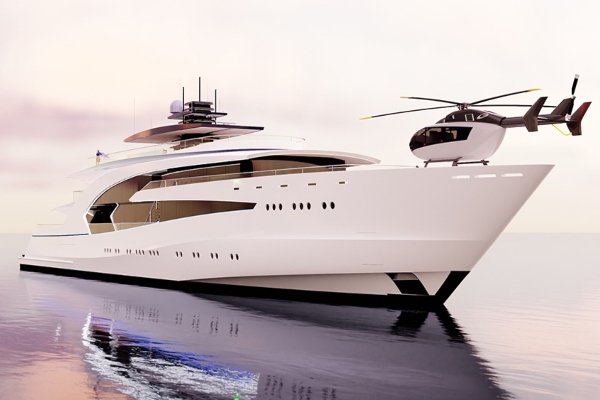 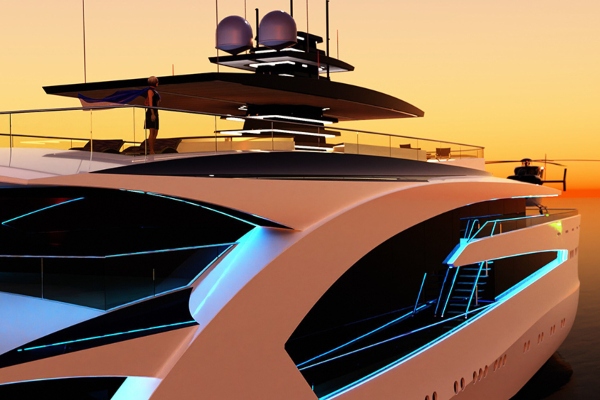 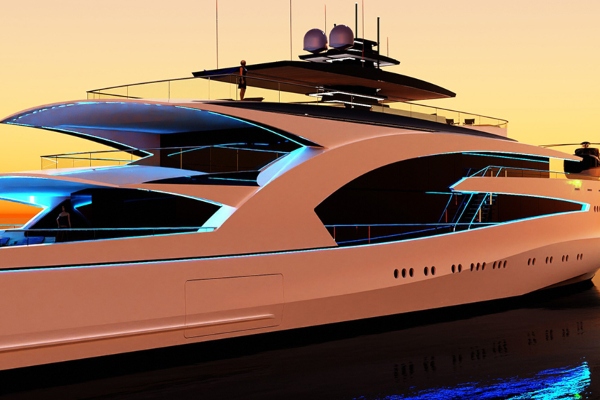 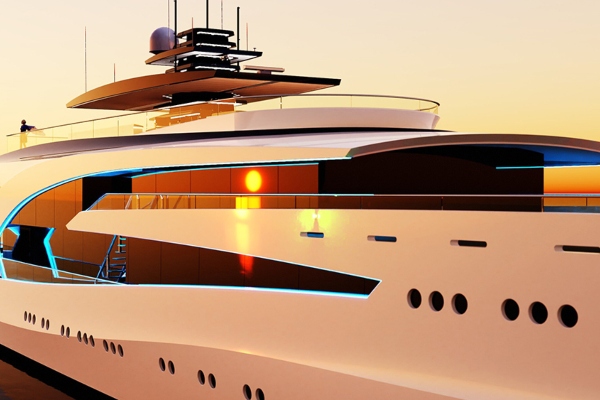 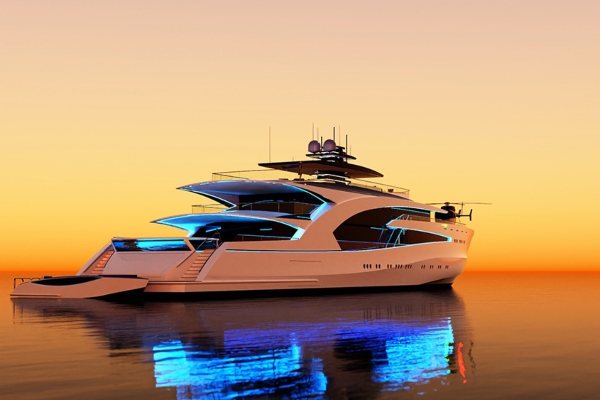 The Australian studio has introduced a new concept, called Project Grace, which is designed to delight all its sailors with a view of the ocean, wherever they are. The magnificent ship is 64 meters long, and its main feature are numerous details created from glass. Central spaces, such as the main saloon on the main deck, feature floor-to-ceiling windows through which guests can soak up the energy of the sea.

"It's easy to forget that yacht owners experience their boats from the outside and inside - a magnificent silhouette is a beautiful thing, but most of the time you'll look outside the yacht, not inside," explains Stark, the studio's founder and nautical architect.

At the same time, glass details let in plenty of natural light and connect the interior with the world outside. With three decks, the ship can offer enough space for up to 12 guests, with two VIP suites on the main deck, with a separate owner suite on the upper.

Viewed from the outside, Project Grace is equipped with a beach club as well as a wellness area with a generously designed pool, along with a private sun deck with Jacuzzi and bar. There’s even a party-dedicated deck that comes with its own sound system, DJ booth and integrated lighting. Of course, part of the yacht is a heliport and a tender garage, which offers enough space for water toys.

When it comes to performance, the three-deck yacht got a sharp and sleek hull, optimized for efficient offshore adventures. The ship will most likely be made of aluminium in order to save on its weight, and it will be equipped with lithium batteries and controlled propulsion, which will offer higher speeds as a result, with reduced costs.

Nick Stark Design Studio has gained a reputation thanks to its creations that push the boundaries of the possible. Earlier this year, the studio unveiled a hybrid yacht, the Project Crystal, which was given a crystal grille that glows in the dark. Both ships are still in the concept phase for now, but we hope that they will soon make us happy with their presence in the real world.