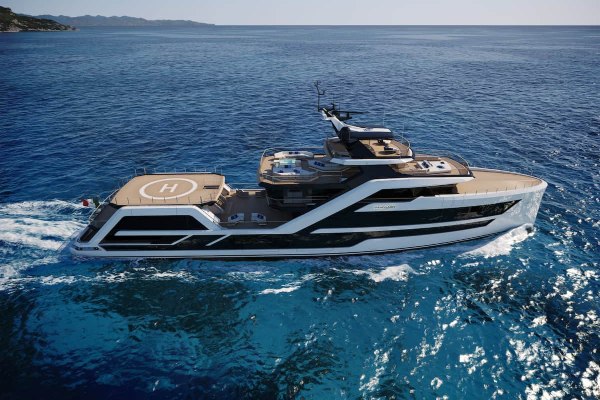 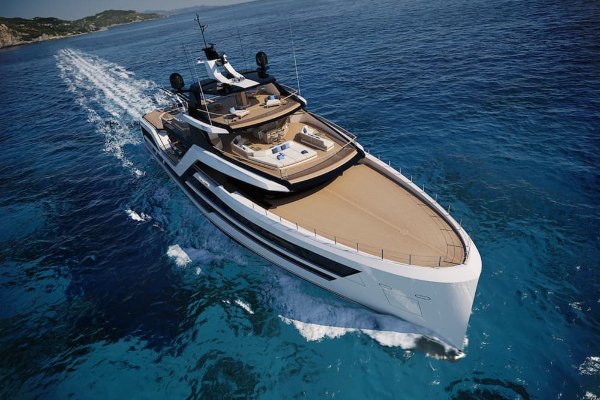 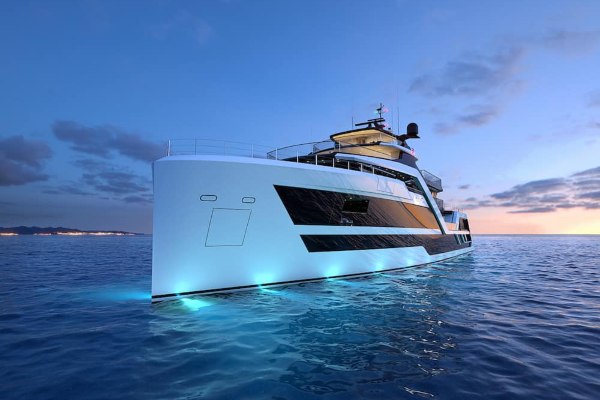 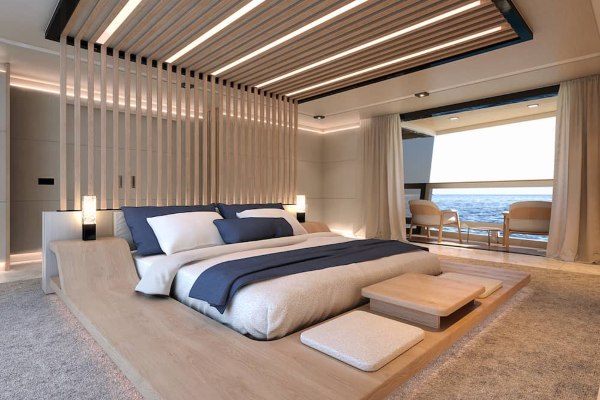 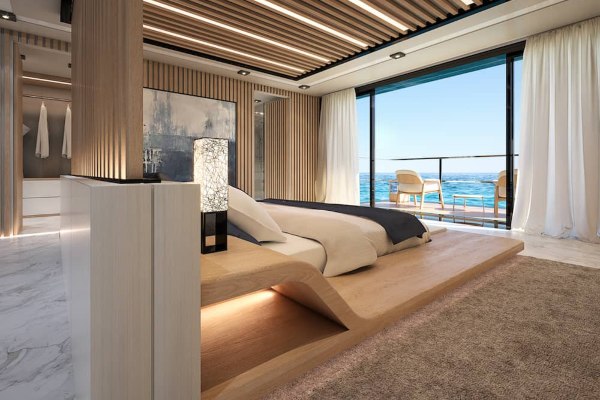 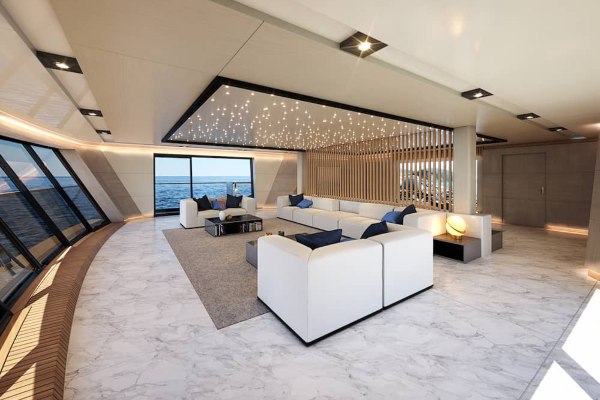 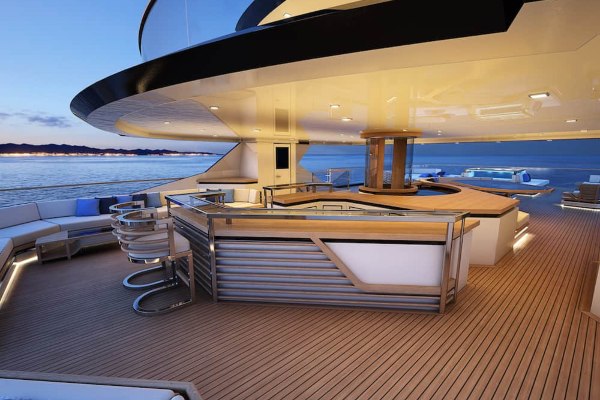 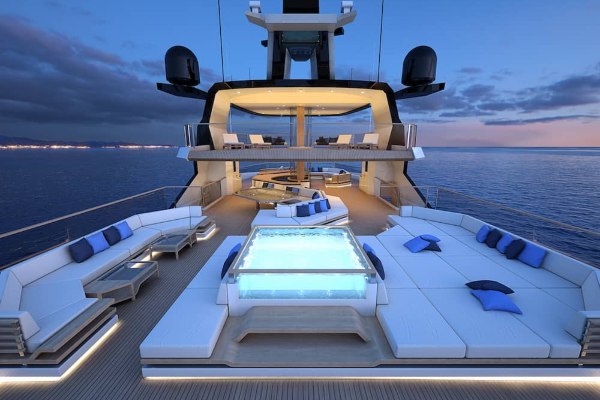 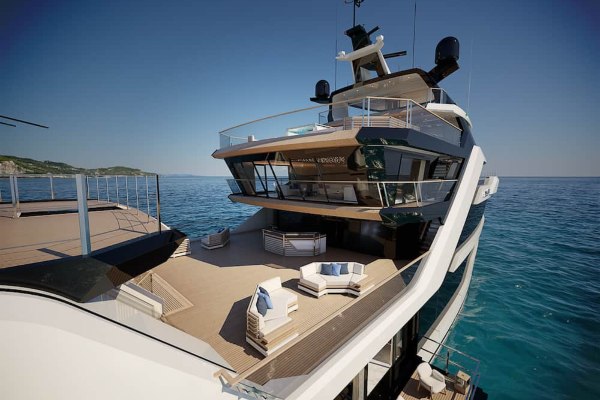 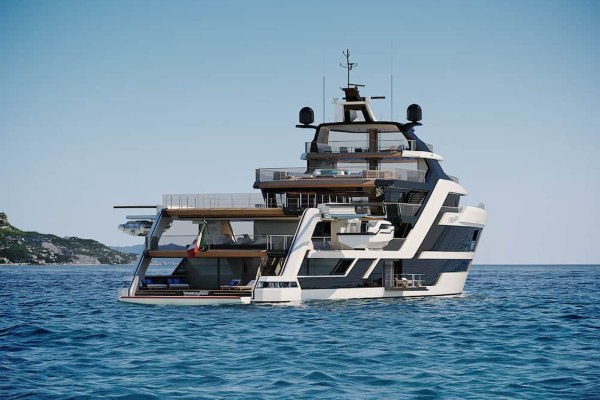 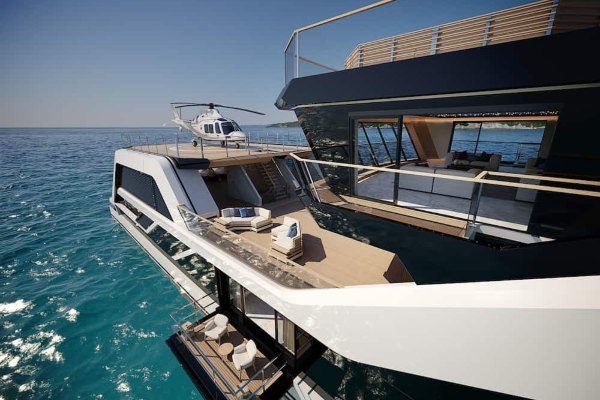 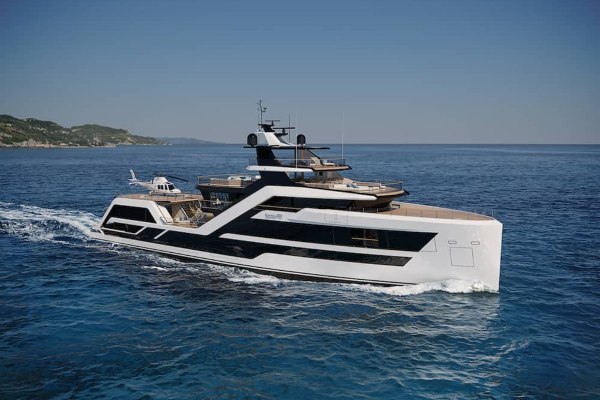 As such, the Italian shipyard remains true to its commitment, presenting a magnificent 65-meter-long research concept. Named Vanguard, this concept wants to remind us of British battleships, which are truly iconic. Designed to embody the essence and spirit of Italian studio when it comes to innovation and exclusivity, this sleek concept really does look magnificent.

According to the founder of the studio, Sergio Cutolo, the spectacular research yacht is inspired by the "castle in the middle of the sea", which is known to some of you as Mont Saint Michel. If you ask us, it's a bit of a strange choice, but we certainly know that Vanguard is based on a special platform, which bends the vertical position of different decks. With that in mind, mobile terraces that correspond to guest cabins and large spaces are responsible for technical equipment and water toys, and we are sure that future owners will enjoy these aspects.

The choice in configuration allows this yacht to contain a "sub-lower deck", ie a room with an engine, with the fact that it changes the entire design of the ship, allowing more enjoyment of convenience and comfort in other parts of the ship. The lower deck is fully usable, while the central part of the beach club is equipped with a large pool with modular sides that can be easily transformed into sunbathing platforms, when weather conditions allow.

On the other hand, the front part of the lower deck was chosen as a place for staff cabins and their private canteen. On the main deck there is a large lounge with a dining area next to it, while here you will also see the owner’s suite, which contains a study and relaxation area, with an incredibly spacious bedroom and two terraces. Of course, part of that package is a private bathroom, along with wardrobes.

The upper deck is an area where travelers can find a beautiful panoramic sky box, with a nearby cinema and a beautiful terrace. If you want to get to this yacht with style, you can do it with the help of a helicopter, because it also contains a heliport.

As we find out, the Vanguard Explorer concept would come with a package of hybrid propulsion, including two MTUs and two electric motors, which will give it the ability to accelerate up to 10 knots in diesel-electric mode. Would you explore the whole world with this yacht?