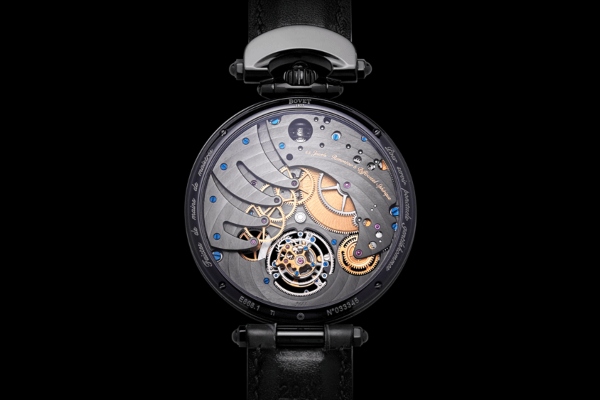 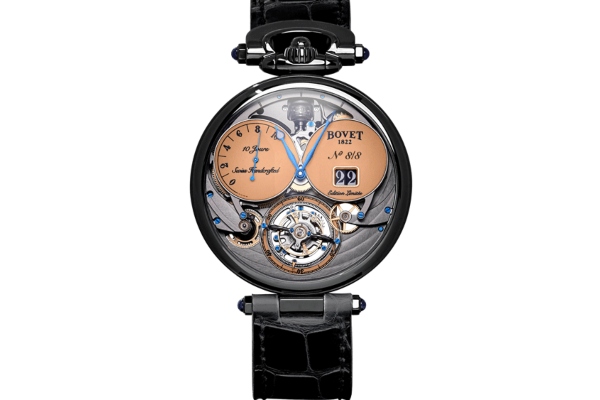 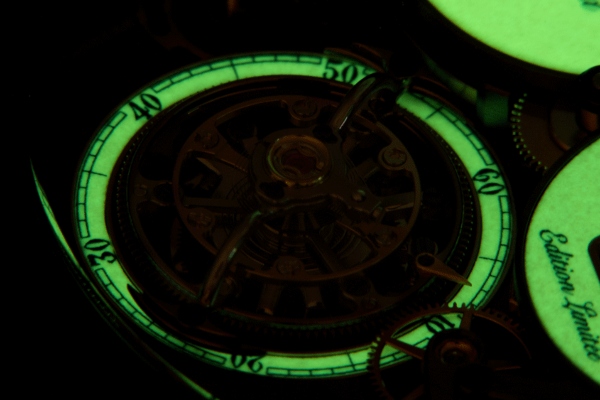 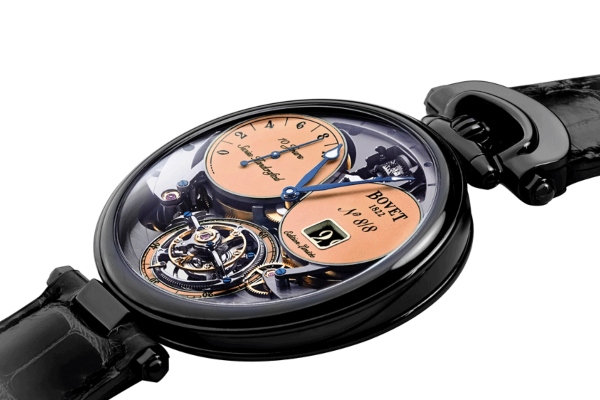 The Virtuoso VIII Chapter Two is a flying tourbillon with a Cotes de Genève finish on the mechanism and a escapement that offers backup energy for 10 days. The latest model retains these features, but also gets a modern refresh with the Super-LumiNova layer, which debuted in the watch industry during the 1990s.

Usually, it is applied to the hands and indexes, but in this case, it found its place on the large sub-dials and the index ring of seconds at the position of six o'clock. There are several options on offer when it comes to colours, such as yellow, blue, salmon, turquoise, green or purple. Each colour will be produced in a series of eight watches.

The open structure of the mechanism is modern, despite the traditional complication: the mechanism contains 356 components and a flying tourbillon with an escapement and an impressive energy reserve for 10 days. It is located in a case with a diameter of 44 mm, with a crown in the 12 o'clock position, which is also the signature of this famous brand. Like the design of the mechanism, the new titanium case with DLC coating offers a slightly less conventional look.

In addition, the case got the famous "writing slope style", which means that it is thickest at the 12 o'clock position, and then becomes thinner, moving towards six o'clock, which is especially evident when viewed from the side. The opening in the form of a sapphire crystal gives us an insight into the mechanism.

There are two main dials on the watch: the left one shows the energy reserve for 10 hours, while the right one contains the logo and an oversized date in antique font. Both are quite bulky, and together they represent the horizontal number eight, which symbolizes happiness, perfection and infinity. Hours and minutes are presented by the central hands, but, there is no central peripheral index.

The large sub-dial at the six o'clock position also represents the tourbillon escapement, which follows the seconds rotating around the illuminated index. The date is easily adjusted by pressing the sapphire part of the crown, while the patented Bovet spherical winding system means that the watch can be wound with half the number of turns.

In the end, we can say that the watch comes with an alligator leather strap, is waterproof to a depth of 30 meters and will cost you $ 230,000.