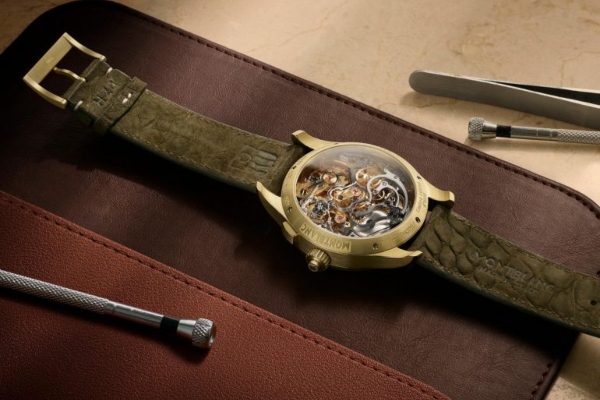 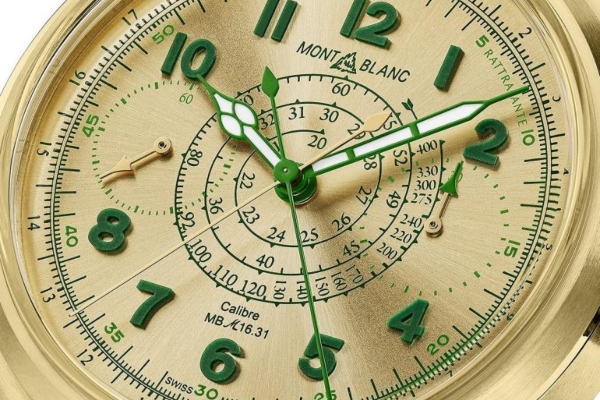 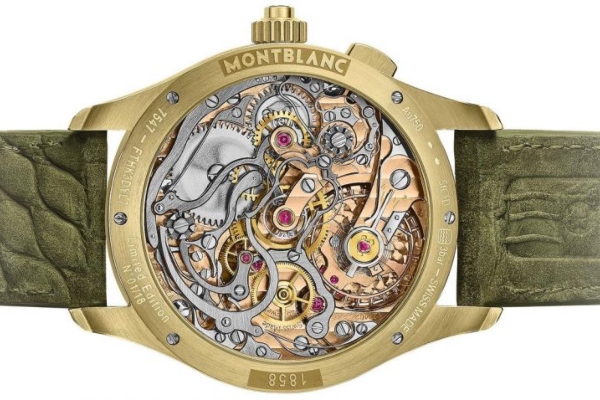 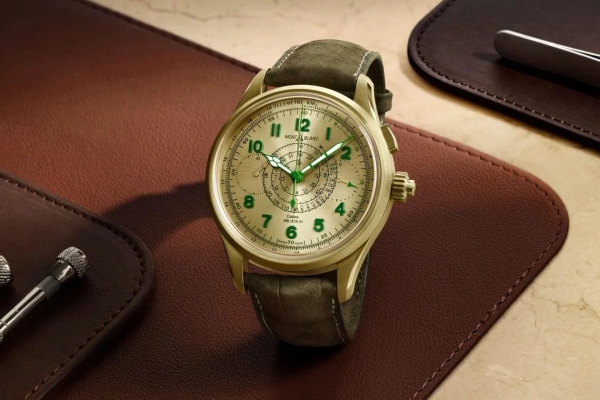 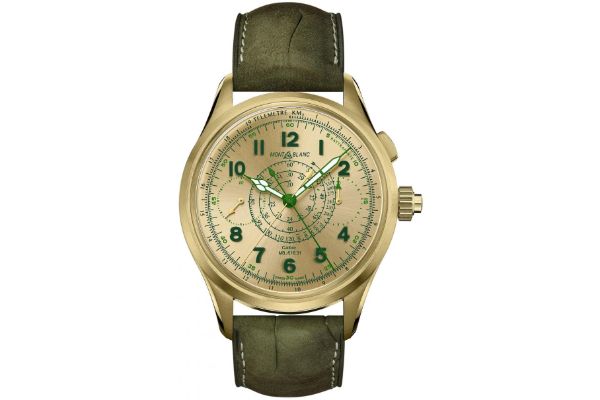 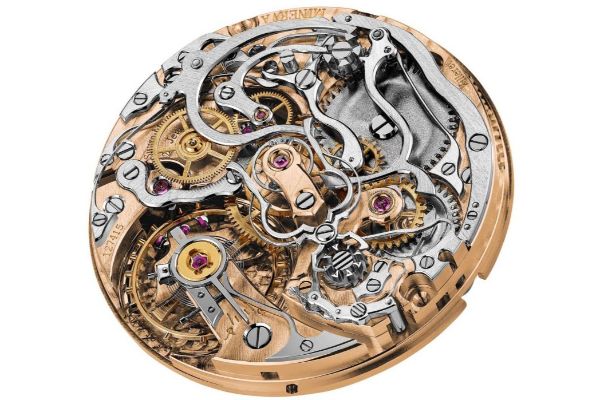 The latest version of the watch received a unique "Lime Gold" case, created from a completely new alloy, which the brand called 18k Alloy Gold. The alloy created in their workshop consists of 18-carat gold, silver and iron, which gives it a pale, yellowish-green tone. The use of green color in the design of this model perfectly accentuated its beauty. Indexes of Arabic numerals, cathedral hands of minutes and hours, tachymeter and telemetry scales are finished in green. In addition, the green Arabic numerals are made entirely of SuperLuminova, while the company itself uses a patented technique to create their interesting shape.

Mechanically speaking, the watch is identical to the original that was introduced two years ago. It is a rather bulky model, with a case with a diameter of 44 mm. In addition, it seems to be inspired by the military chronographs of the Minerva collection from the 1920s and 1930s, containing a traditionally constructed and decorated rattrapante mechanism - MG M16.21. For this limited edition version, Montblanc decided to finish the mechanism with 18-carat gold.

The horological masterpiece is decorated using traditional techniques, including Cotes de Geneve, interior angles, granulation and beveling. The watch works at a frequency of 18,000 vph, while it comes with a power reserve of 50 hours. The Lime Gold edition was paired with a green nubuck alligator belt, which got beige seams.