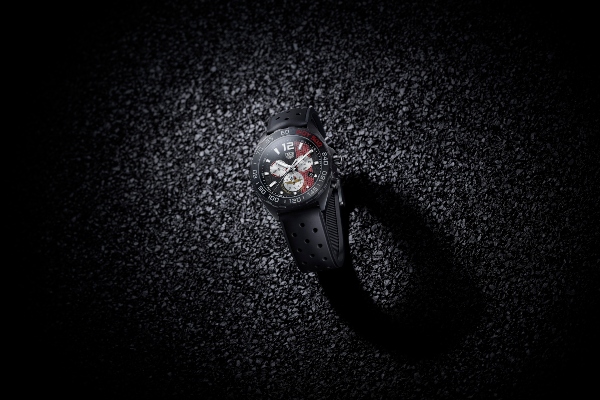 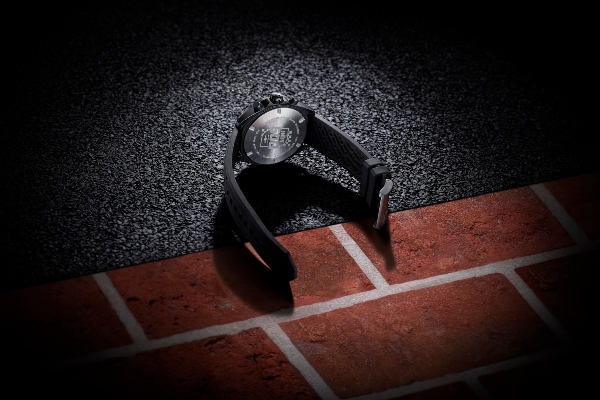 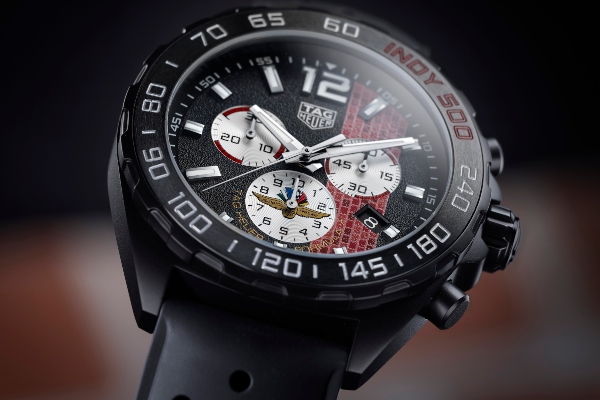 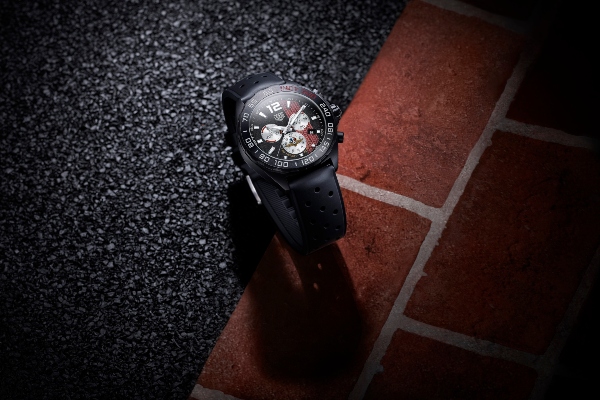 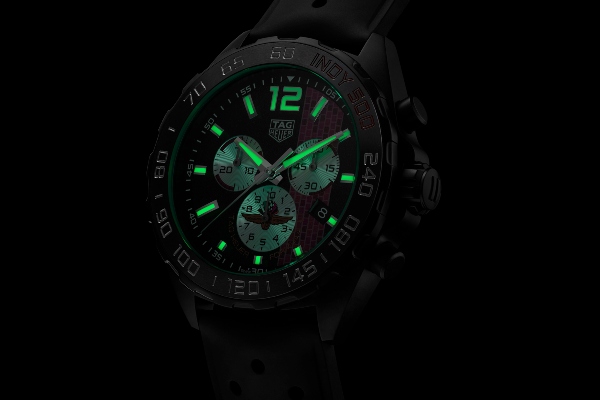 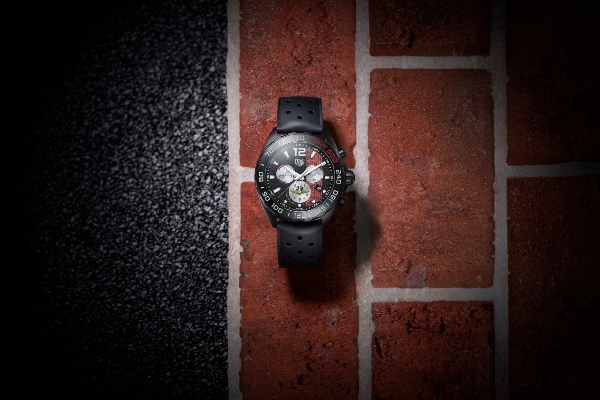 To celebrate 16 years as the Official Timekeeper of the NTT INDYCAR SERIES and the 104th Indianapolis 500 race, TAG Heuer has unveiled a special-edition timepiece that honors its long-standing partnership with the premier league of open-wheel racing in North America. Known as one of the oldest automobile races and part of the famous “Triple Crown”, the Indy 500 is a 500-mile race held at the Indianapolis Motor Speedway in Speedway, Indiana and is one of the most-attended single-day sporting events in the world.

Designed in collaboration with the INDYCAR team, the 43 mm Formula 1 Indy 500 2020 Special Edition chronograph represents the luxury watchmaker’s passion for the intensity and spirit of motor racing, with rich, eye-catching red accents including a brick motif on the dial to honor the Indy racetrack’s “The Brickyard” nickname and history.

The quartz-powered chronograph is presented on a durable black rubber strap to easily size and fit the watch over a racing suit. A road-tested endurance machine, the TAG Heuer Formula 1 Indy 500 2020 Special Edition is water resistant to 200 meters and highly shock resistant.

Created in 1987, the TAG Heuer Formula 1 collection is a stylish extension of the brand’s ties with the thrilling, fast-paced world of racing. Like the sport itself, the timepieces in this renowned collection are daring with bold designs that demand attention and advanced technical features inspired by the extreme performance of motor racing teams. The adrenaline and excitement of the sport have driven TAG Heuer when it comes to the functionality of these statement-making models. Tough enough for the pros and worn by champion drivers, the TAG Heuer Formula 1 timepieces were made for life in the fast lane.

This action-packed timepiece is limited to 1 500 units and will be seen on the wrist of TAG Heuer friend and NTT INDYCAR SERIES driver, Alexander Rossi, at this year’s Indy 500 race.

A Dial with Meaning

The Indianapolis Motor Speedway racetrack has been known among fans as “The Brickyard” dating back to the early 20th century. When the race-course first opened in August 1909, the track surface was made of gravel and tar which caused a number of accidents. After many concerns and complaints over safety, the track was subsequently repaved with 3.2 million 10-pound bricks and a final brick laid by the governor of Indiana. Over time, the bricks were paved over with asphalt except for a 1-yard strip of bricks at the start / finish line that remains exposed, but its fabled history as “The Brickyard” endures. Victorious drivers also continue the tradition of kneeling and “kissing the bricks.”.

For this year’s special timepiece, TAG Heuer has the brick motif splashed across the dial to pay homage to the long and storied history of the Indianapolis Motor Speedway track.

Trailblazing History on the Racetrack

2020 marks the 160th anniversary of TAG Heuer’s avant-garde watchmaking and revolutionary novelties. TAG Heuer continues to innovate new ways of measuring the smallest increments of time with absolute precision, and following Jack Heuer’s footsteps, the watchmaker continues to collaborate with outstanding teams and renowned brands within the racing world today. TAG Heuer’s motto is “Don’t Crack Under Pressure” and the world-renowned brand has prominent partnerships that reflect its passion for action and high performance.

The history of the brand is marked with trailblazing novelties and noteworthy partnerships, but what has remained the same over the past 160 years is TAG Heuer’s affinity for creating bold, avant-garde timepieces. This was the case over a century ago when Edouard Heuer opened his shop, and it continues today as the watchmaker and its team make use of cutting-edge tools and advanced knowledge to create luxurious timepieces that are built to last a lifetime, and precisely measure all the significant seconds at every turn.