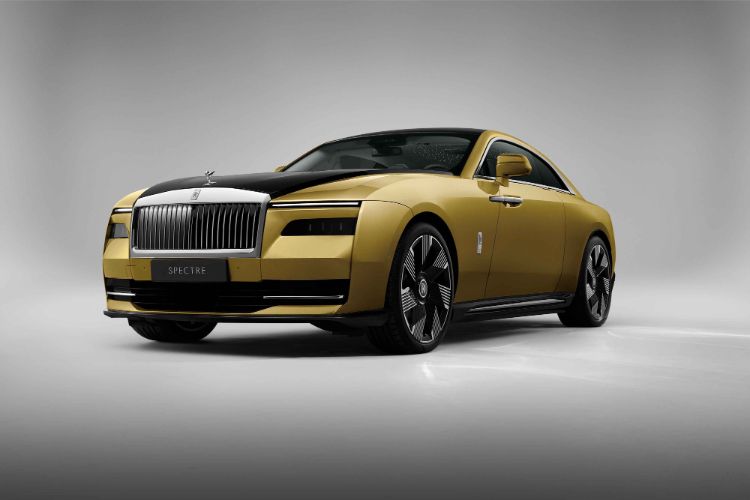 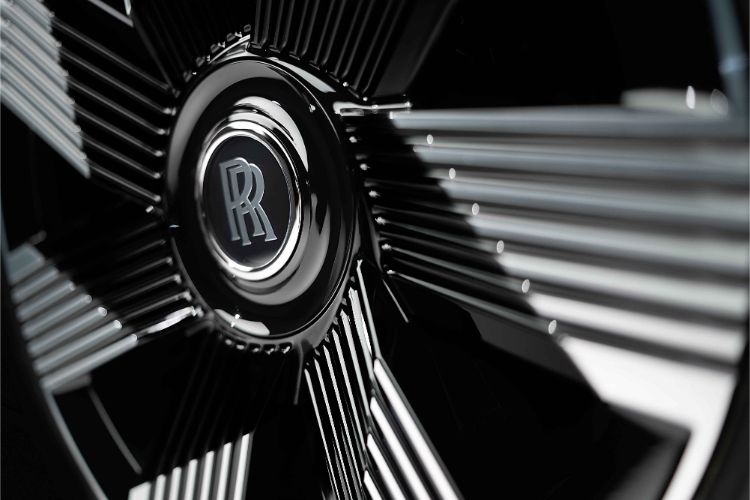 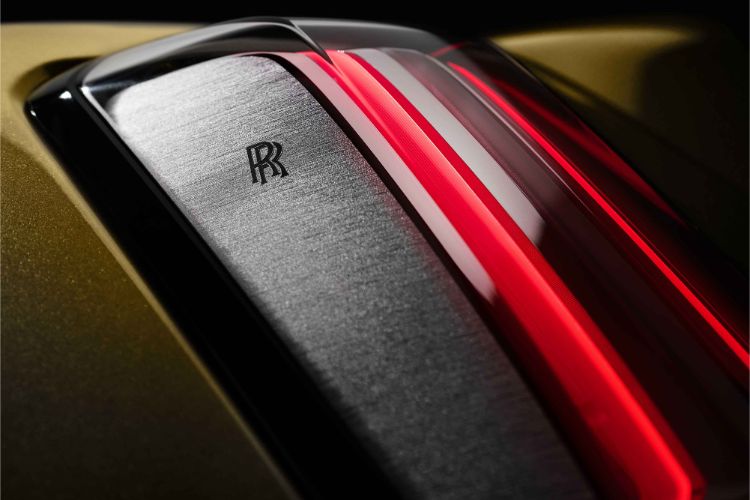 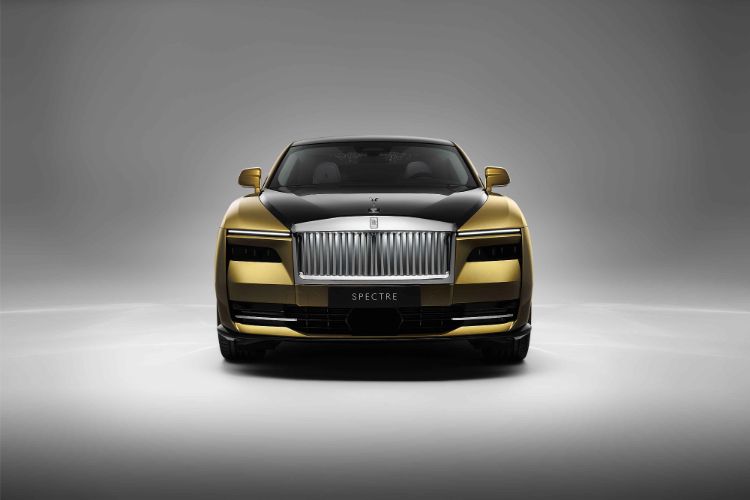 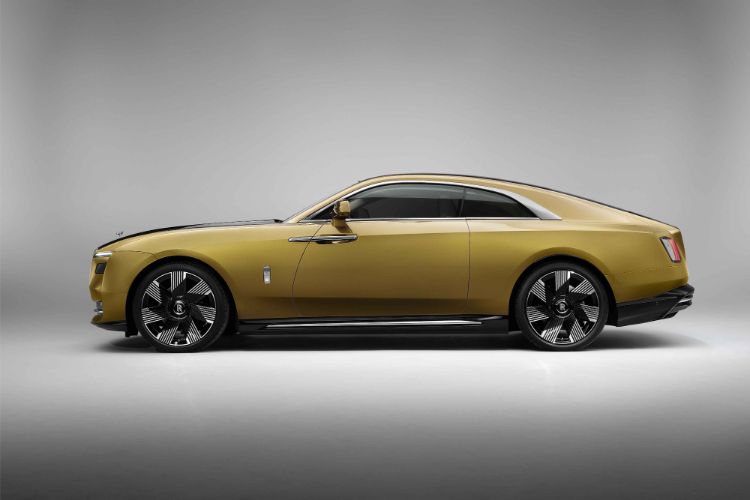 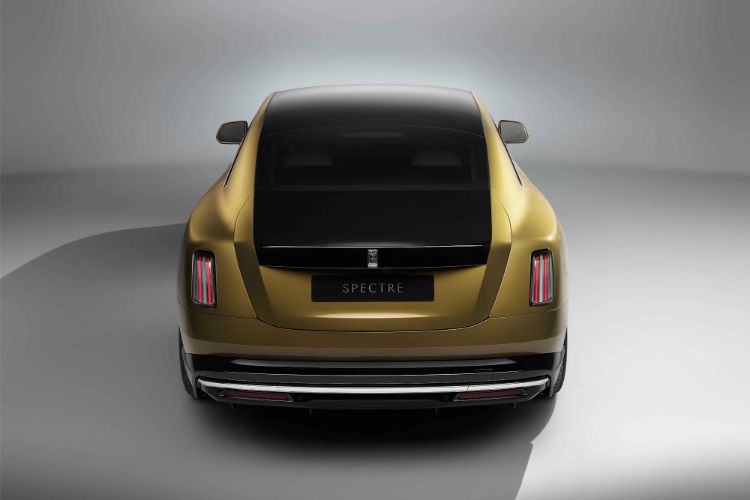 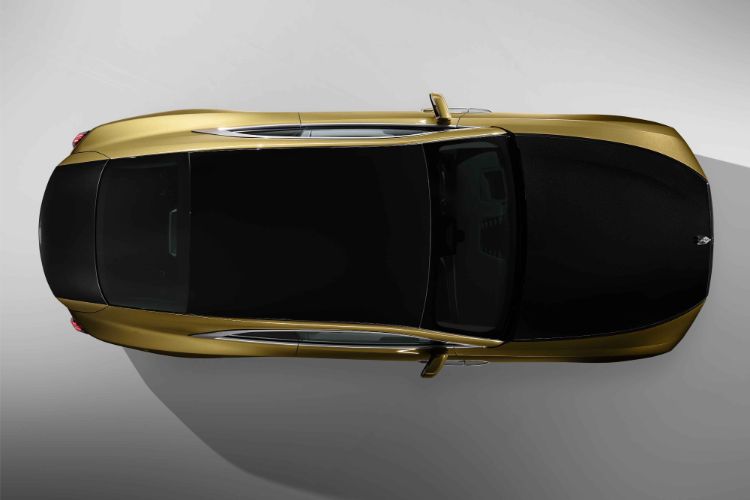 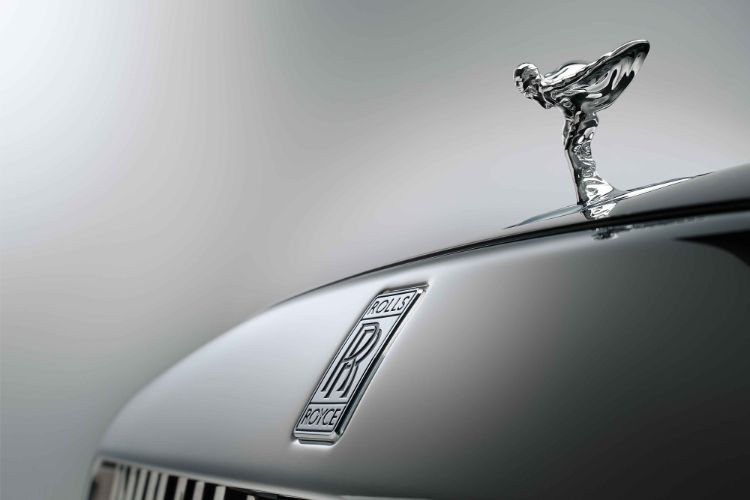 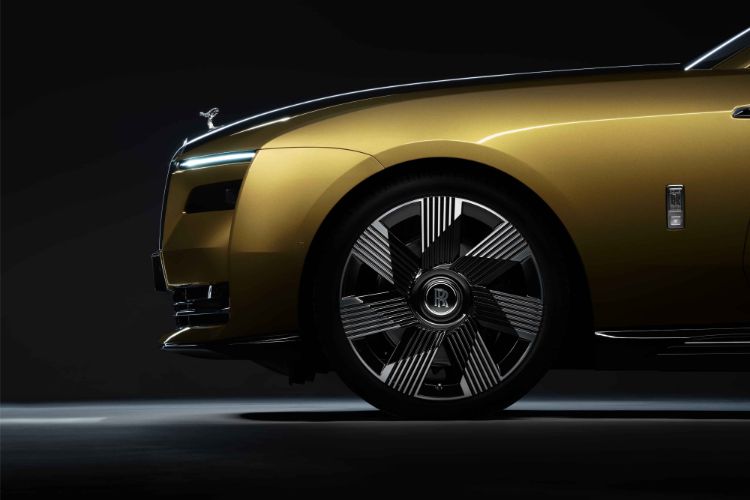 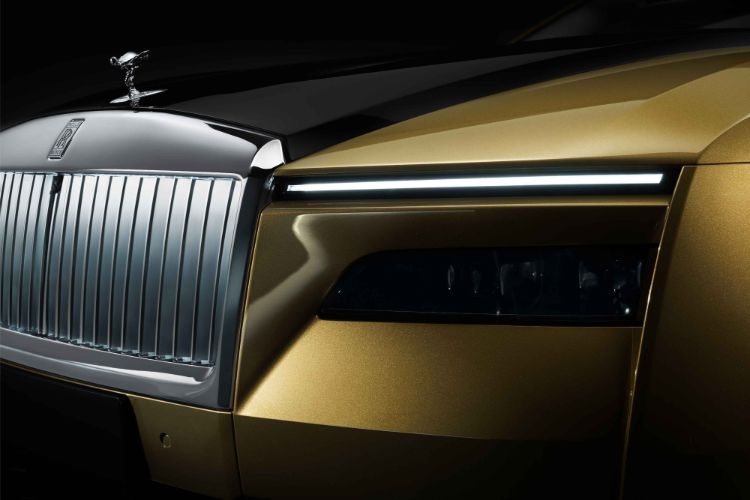 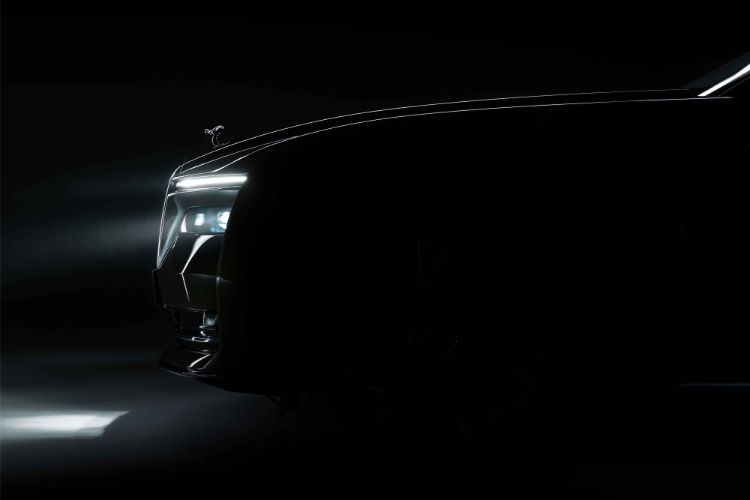 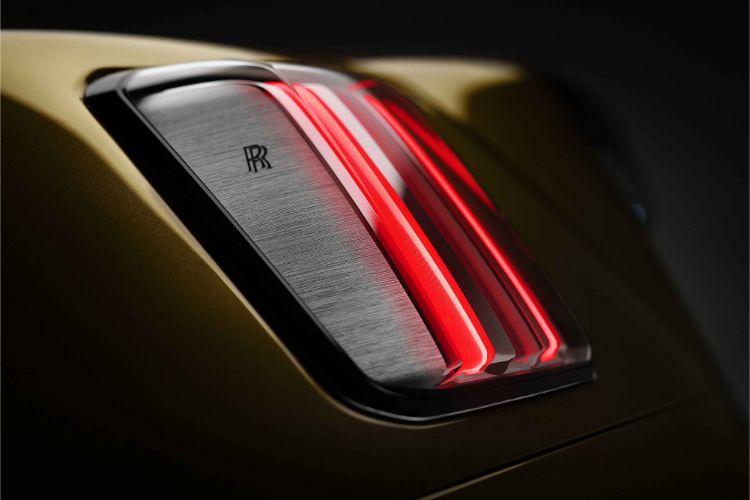 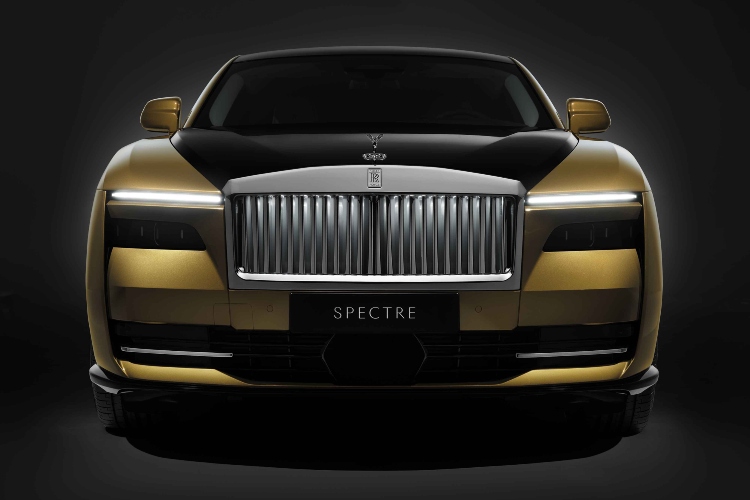 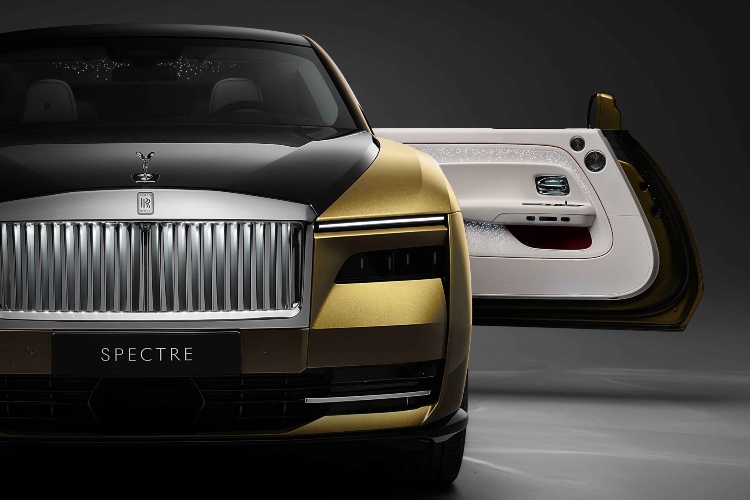 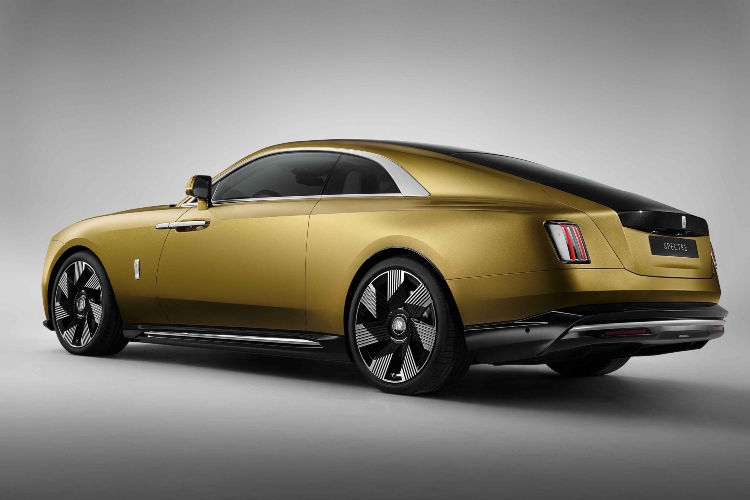 This commitment to an all-electric powertrain will only enhance the Rolls-Royce experience – instant torque, silent running and the sense of one imperceptible gear have defined every Rolls-Royce motor car since 1904. Spectre represents an entirely new class of motor car; the Ultra-Luxury Electric Super Coupé – a symbol of a bright, bold future as Rolls-Royce progresses into an all-electric era.

In conceiving the principal sketches for Spectre, the marque’s creatives were drawn to modern yacht concepts, specifically the clarity and precision of line, intelligent use of reflection and application of taper to emotionalise silhouettes. Spectre features the widest Pantheon grille ever bestowed on a Rolls-Royce. The vanes are now smoother in section and a flusher fit, designed to help guide the air around the front and enhance Spectre’s presence using environmental reflection.

To affirm Spectre’s expression after dark, the grille is softly illuminated, with 22 LEDs lighting up the sandblasted rear side of each of the vanes, their gentle glow reflected in the polished front surfaces for a subtle and three-dimensional night signature. Along with an aero-tuned Spirit of Ecstasy figurine – itself the product of 830 combined hours of design modelling and wind tunnel testing – the grille enhances the motor car’s unprecedented drag coefficient, which at just 0.25cd makes Spectre Rolls-Royce’s most aerodynamic motor car, ever.

In profile, the sharp, vertical bow line at the front of Spectre draws the eye rearward to its monolithic flanks. Spectre’s coachwork creates an uncomplicated sense of motion by reflecting the road passing beneath it, much as the hull of a racing yacht reflects the ocean as it cuts through water. This ‘waft line’ is the visual representation of the ‘magic carpet ride’ and its upwards sweep toward the front is inspired by the gently lifting bow of an accelerating power boat.

The silhouette’s most dramatic feature is Spectre’s fastback, which recalls the most evocative motor cars and watercraft in history. The seamlessness of the greenhouse surfacing significantly contributes to achieving the lowest drag coefficient ever for a Rolls-Royce. The tail lamps are set into the largest single body panel ever produced for a Rolls-Royce, which extends from the A-pillar to the luggage compartment. Spectre is the first production two-door coupé to be equipped with 23-inch wheels in almost 100 years.

Inside, Spectre is provisioned with the most technologically advanced Bespoke features yet, drawing inspiration from the timeless mystique of the night’s sky. For the first time on a series production Rolls-Royce, Spectre is available with Starlight Doors, which incorporate 5,876 softly illuminated ‘stars’. The coach doors can also be commissioned with a backdrop of wood Canadel Panelling, which takes its name from the cove in the South of France where Sir Henry Royce and his design team spent their winters.

The ethereal night-time theme continues with Spectre’s Illuminated Fascia. Developed over the course of two years and more than 10,000 collective hours, it incorporates the Spectre nameplate surrounded by a cluster of over 5,500 stars. Located on the passenger side of the dashboard, the illuminations are completely invisible when the motor car is not in operation.

Spectre is built on the Architecture of Luxury – the marque's proprietary all-aluminium spaceframe. For Spectre, Rolls-Royce engineers made the architecture 30% stiffer than any previous Rolls-Royce, thanks to the sophisticated extruded aluminium sections and integration of the battery into the structure of the motor car. The flexibility of the architecture has also allowed engineers to place the floor halfway between the sill structures rather than on top or underneath them. A channel has been created for wiring and climate-control pipework between the battery and the floor, with the battery mounted underneath, providing a perfectly smooth underfloor profile. All this not only creates a low seating position and enveloping cabin but realises a secondary function for the battery – almost 700kg of sound deadening.

To ensure the continuity and progression of the pinnacle Rolls-Royce experience, these new signals are being tuned and finessed by the most experienced Rolls-Royce engineers during a testing programme covering 2.5 million kilometers. This new data-driven approach to engineering is a huge challenge, but also an unparalleled opportunity. In processing this vast volume of data and using it to leverage the accuracy of direct motor-to-wheel power delivery, Rolls-Royce engineers describe the experience offered by Spectre as akin to “Rolls-Royce in high definition” on account of the speed and accuracy of the motor car’s response to a worldwide spread of road and weather conditions.

With a suite of new hardware components and leveraging Spectre’s high-speed processing capabilities, the Planar system can decouple the car’s anti-roll bars allowing each wheel to act independently, preventing the rocking motion that occurs when one side of a vehicle hits an undulation in the road. This also reduces high-frequency ride imperfections caused by shortcomings in road surface quality.

Once a corner is identified as imminent, the Planar system recouples the components and stiffens the dampers, the four-wheel steering system is then prepared for activation to ensure effortless entry and exit. Under cornering, 18 sensors are monitored, and steering, braking, power delivery and suspension parameters are adjusted so that Spectre remains stable. The result is effortless control.

The final power, acceleration and range figures are still being refined, as Spectre enters its final testing phase which will conclude in the second quarter of 2023. Preliminary data shows that Spectre is expected to have an all-electric range of 320 miles/520 kilometres WLTP and offer 900Nm of torque from its 430kW powertrain. It is anticipated to achieve 0-60mph in 4.4 seconds (0-100km/h in 4.5 seconds).

With many months of testing and optimisation of Spectre still ahead, these figures are subject to change ahead of official confirmation prior to market launch in Q4 2023.